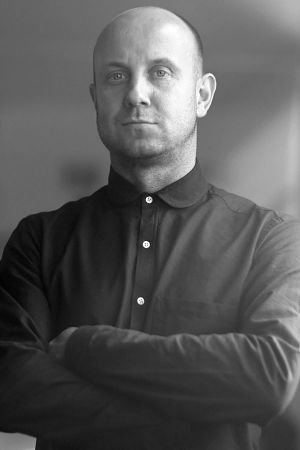 — February 27, 2015
Fred Perry has moved its Covent Garden store from the touristy piazza to a Georgian townhouse in the burgeoning menswear destination that is Henrietta street a stone’s throw away. We caught up with brand director Rob Gaitt to get the lowdown on the freshly launched concept, which takes Fred Perry’s retail identity in a new direction. Interview by Emma Holmqvist Deacon

Fred Perry’s new flagship concept marks a new beginning – tell us about your new retail model.
We don’t have a global store concept as we like to design each one individually, but there are core aspects that will run through all our stores. Internally we speak about a concept that feels a bit like a record shop – come in, hang out, browse, chat to the staff behind the counter without feeling pressured to buy anything. Our neighbors The Real McCoy and Nigel Cabourn, who’ve both opened shops on the street recently, do the community feel really well; customers like to pop in for a chat. I think Henrietta Street itself is well on its way to become a menswear destination and social fashion hub. 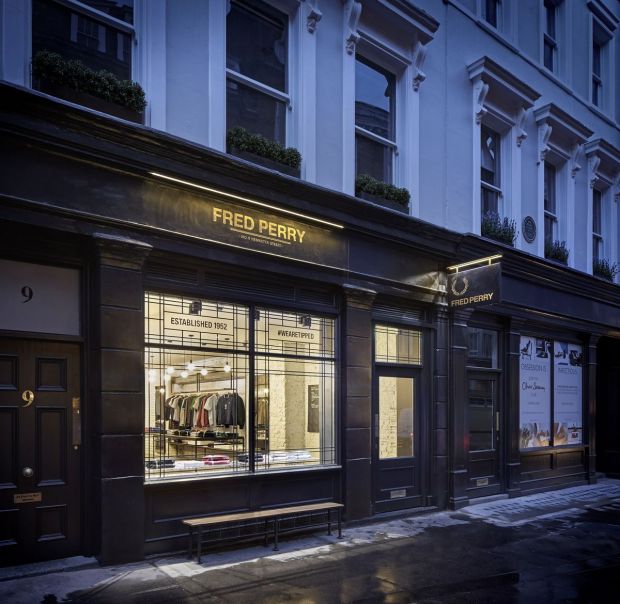 
How will you inspire people to treat the store as something of a community center?
We hope to achieve it via several routes. Music is at the heart of the brand and to celebrate this heritage we’ve installed an original Wurlitzer Lyric jukebox, inviting customers to use it. Most people who’ve visited the store so far seem drawn to it. The basement will serve as a blank canvas, hosting exhibitions or events that elevate the brand message and add to the tapestry of the store and indeed its social nature. Currently the space hosts an exhibition called For the Record– a travelling display of 7” record cover art celebrating music, design and independent DIY culture. Our staff add to the laid-back and inspiring atmosphere, too; they’re all true Fred Perry aficionados and have expertise but they’d never employ aggressive sales tactics or follow people around… 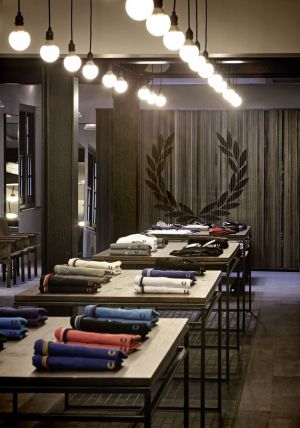 View of the store's inside
You’ve teamed up with BuckleyGrayYeoman to design the new 2000 sq ft flagship. Which are the main features?
The store reflects the area in which it’s based, meaning it’s something of an homage to Covent Garden. The wooden walls are based on the old ones we found when ripping out the plaster. We’ve also left the original brickwork exposed and the shop front has been upgraded with a leaded window that echoes the heritage of the street. We commissioned artisan sign-writer Nick Garrett to hand-gild the signage in a font inspired by that of the London Transport Museum, which is located in the piazza a stone’s throw away. We’ve placed a trolley at the back of the store which is based on the ones used historically in Covent Garden market, and you’ll also find other details added in tribute to the area’s history. As for telling the story of the brand, display cabinets are used to showcase archive brand ephemera and original Fred Perry shirts.

And what about the stock?
The edit of product is different – this is a hybrid store and the buying is tailored to the area and the type of consumer it attracts. Menswear dominates the offer but we cater to women and kids as well. The Reissues collection is the most important part; it consists of updated archive pieces that represent the heart of the brand and help tell the six-decade long story of the brand. Designs range from incredibly true, almost directly translated archive pieces to more playful interpretations. The fact that they sit alongside each other helps to tell the story, making each design relevant in a way that is true to the brand. If we don’t get it right, people will tell us so on social media – our fans are incredibly passionate and knowledgeable about the brand and its archive designs.