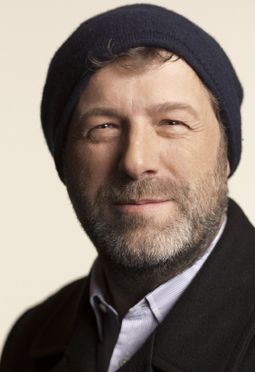 — August 25, 2014
After his decision to cancel the scheduled Barcelona edition of Bread & Butter in January and instead stay on the usual grounds in Berlin, SI spoke to trade show boss Karl-Heinz Müller about his motivation, future plans and how he wants to stay credible. Interview by Maria Hunstig

What moved you to finally cancel the show in Barcelona?
The majority of our exhibitors and visitors want Bread & Butter to be in Berlin in January 2015. Industry and trade have been sceptical about the Barcelona event during winter. Therefore we follow the industry’s attendance and will host the show as usual on the grounds of former airport Berlin-Tempelhof.

How will you prevent to lose trust and credibility with the exhibitors?
If trust and credibility goes hand in hand with doing what you have always done, I will probably have a tough standing also in coming times. I am constantly thinking about how and in which form I can help our industry. And I will certainly not stop doing that.
No one in fashion retail can honestly claim that everything is “going great”. The big fashion enterprises and vertically organized companies are very successful because they think and act internationally.
With our alternating concept of Berlin and Barcelona taking turns as the home of Bread & Butter, the show would have experienced a greater internationality, in terms of exhibitors and visitors. That was our plan.
We will continue to work on the development of Bread & Butter - that is the best tool to further gain credibility and trust.

Are you making concessions to the brands who have already put costs and efforts in their trade how appearance in Barcelona?
I can’t imagine larger costs having arisen for any brands so far. However, if this is the case, I act on the assumption that these brands will approach us.

Does the drawback mean any thread for your planned trade show in Seoul, too?
Our decision against Barcelona does not affect Seoul. We are further working on Seoul. On September 12, we will host our presentation in Seoul.

Are any further moving plans off the stove for the upcoming seasons, too?
We will be in Berlin for the next three seasons for sure (January ’15, July ’15 and January ’16). I cannot estimate what will happen after that at this point of time.