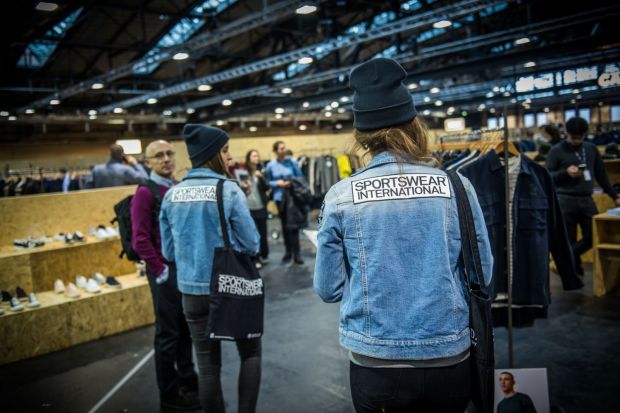 What you shouldn't miss at Berlin's trade shows next week

Between July 4-7, Berlin will once again gather the national and international fashion scene for the local landscape of trade and fashion shows. For the official Fashion Week, it will be its last edition on familiar paths with long-term sponsor Mercedes Benz. In terms of trade fairs/events, independent skateboarding show Shitfoot Mongoland will not be participating this time, while the regulars Berliner Mode Salon, Bright, Seek, Greenshowroom and Ethical Fashion Show, Panorama, Premium, Show & Order, and Selvedge Run will take over the German capital. We compiled all the events’ hard facts and novelties below. 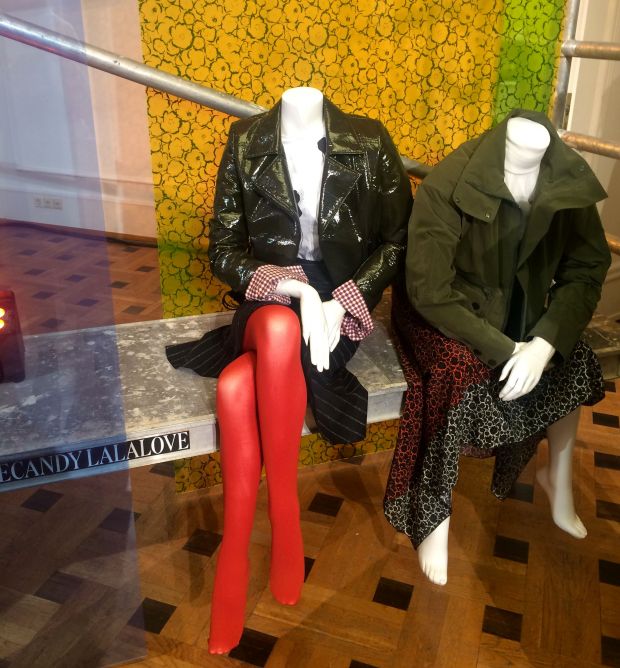 The platform for Germany-based young and established designers kicks off on Wednesday, July 5. In the evening, SPORTSWEAR INTERNATIONAL’s sister publication TextilWirtschaft will team up with the Berliner Mode Salon for the newly established expert talk “New Luxury Retail”. A day later at the ZeitMagazin conference, the political topic “Free the fashion” will be in focus of the expert panels. 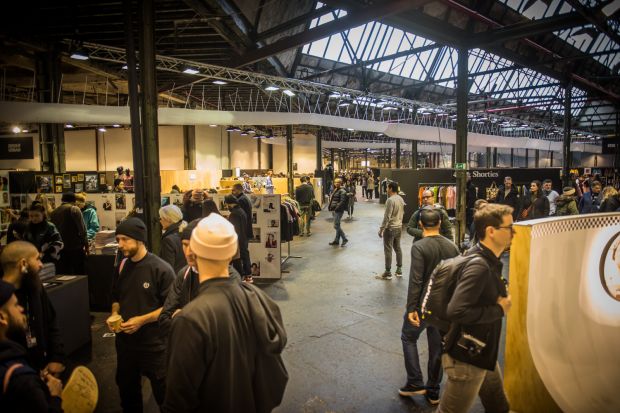 The fair for streetwear, sneakers, and boardsports will return to Arena Berlin with its sister fair Seek from July 4-6. It will feature more than 300 different brands in four distinguished segments: Street’n’Skate, Bright Urban, Accessories/Advanced Details, and Outdoor Aesthetics. The enthusiasm for street and skate is currently stretching far beyond the industry’s core so brands from the segment will dominate the halls, amongst these Bright regulars such as Vans, Obey, Element, RVCA or Levi’s Skateboarding, returners such as Volcom and Iriedaily (who were absent last season), and many micro/hype brands like Isle, DKG, Swiss Bank, WKND, The Quiet Life, Mishka NYC, Trasher or Welcome.
Bright Urban will display a mix of classic hip-hop brands such as Rocawear, PellePelle, Ecko Unlimited, sports brands like Mitchell & Ness or Field Grade and modern representatives of the urban segment such as Sixth June or New Love Club.
Outdoor Aesthetics, the area for modern and fresh interpreted outdoor wear and products, newly installed at Bright’s last edition in January, will return with new and returning names including Matador, Meloja, Stay Hungry, Opinel, Poler Stuff, or Danner.

As always, there will be heaps of Bright side events, including skate sessions with DC or Adidas, a boat party with Volcom and various art exhibitions and parties with partners such as RVCA, Lowdown or Nikita. 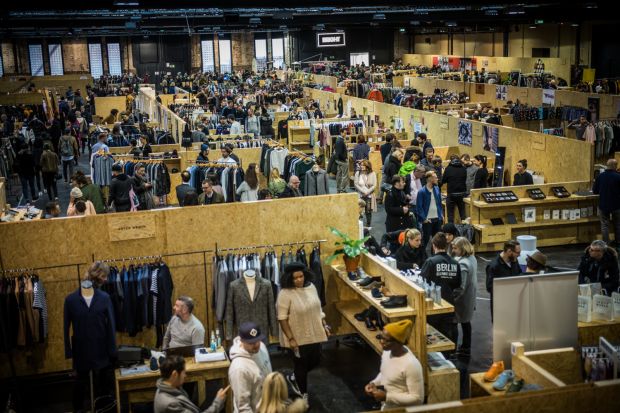 Face to face with Bright, sister trade show Seek will once again host around 250 brands from the contemporary/casual/premium streetwear segment.

In their own showrooms, Danish it-agency Rich & Hanc will for the first time bring Kappa Kontroll, The North Face (Black & Purple), Hi-Tech, Han Kjobenhaven, Suicoke, Halo and more to the show grounds. Other showrooms will be filled by Dust (Magazine) x Nanasuzuki and Reference Studio, the trendy Berlin-based communications and fashion agency formerly known as Bureau Haiti which will celebrate its relaunch at Seek. Founder Mumi Haiati and his posse will also host a party alongside 032c Magazine on Tuesday night - only one of the countless Seek side-events, also including a barbecue and party on Wednesday in collaboration with Patta, sneakers shop 24Kilates, Asics, and Alpha Industries. 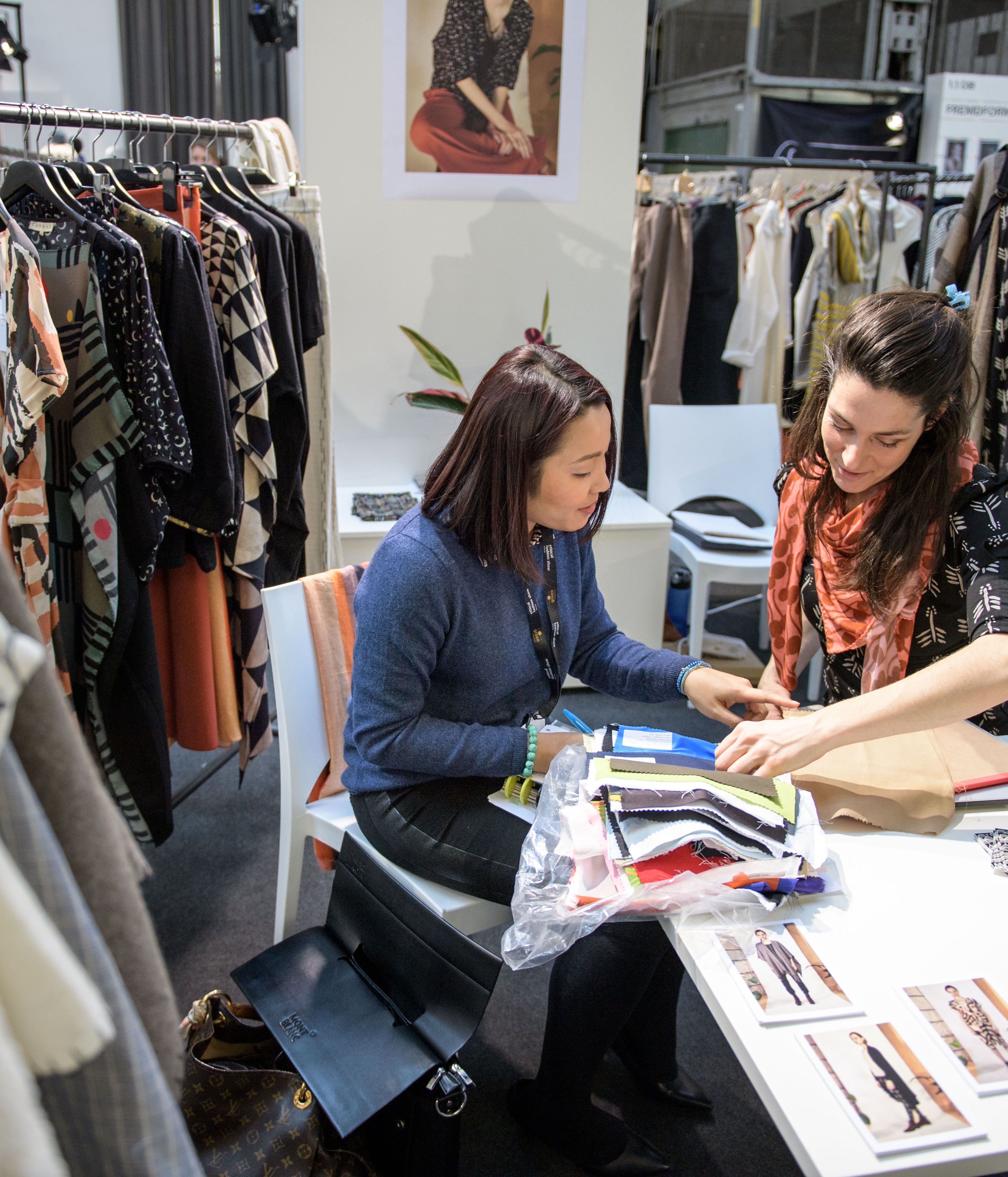 As announced in March 2017, the sustainable fair duo Greenshowroom and Ethical Fashion Show will relocate from the Postbahnhof to Funkhaus Berlin for more hall and outside area space due to the high demand for exhibition space. The steady growth has also led to an extension of the shuttle service.

A number of fashion shows will be held on the first floor of Funkhaus Berlin. On Wednesday, July 5, the traditional “Salonshow” will showcase highlights from various sustainable fashion brands at 4.30 pm. Afterwards, at 6.30 pm, “Ethical Fashion on Stage” will showcase even more collection highlights.

Together with show organizer Messe Frankfurt, SPORTSWEAR INTERNATIONAL and TextilWirtschaft invite for a casual get-together at the Funkhaus Berlin on Tuesday, July 4, at 5 pm. 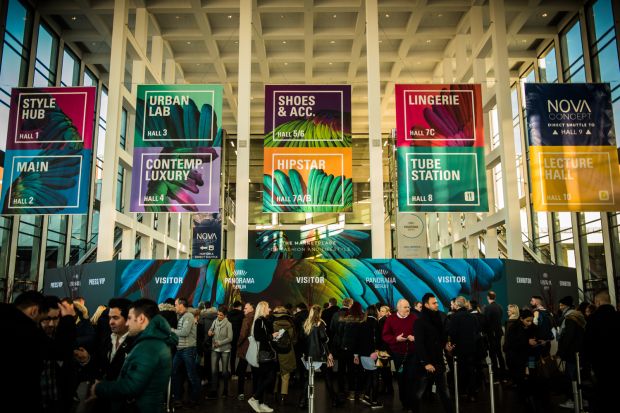 Panorama Berlin starts with a strengthened management team and a new fashion tech solution event that is realized in partnership with Tools Berlin for the new season. With this news the fair wants to get closer to consumer lifestyle. Again the exhibitors of the segments contemporary women’s- and menswear, shoes and accessories as well as lingerie are spread over the different areas Style Hub, MA!N, Contemporary Luxury, Urban Lab, Style/Essentials Details, Hipstar, All About Adam & Eve and Nova Concept.

For this season’s edition of Berlin Fashion Week, brands such as Religion, Bullboxer, Camel Active, Desigual and Fila have already confirmed their attendance, among many others. And we will see some denim brands returning to a Berlin fair such as Pepe Jeans London or Miss Sixty, alongside brands like Lee, Guess, H.I.S, Mavi, Colorado Denim, Tigha, or Fornarina. Mustang has decided to not exhibit this season, but to host an art project and event in the city center. 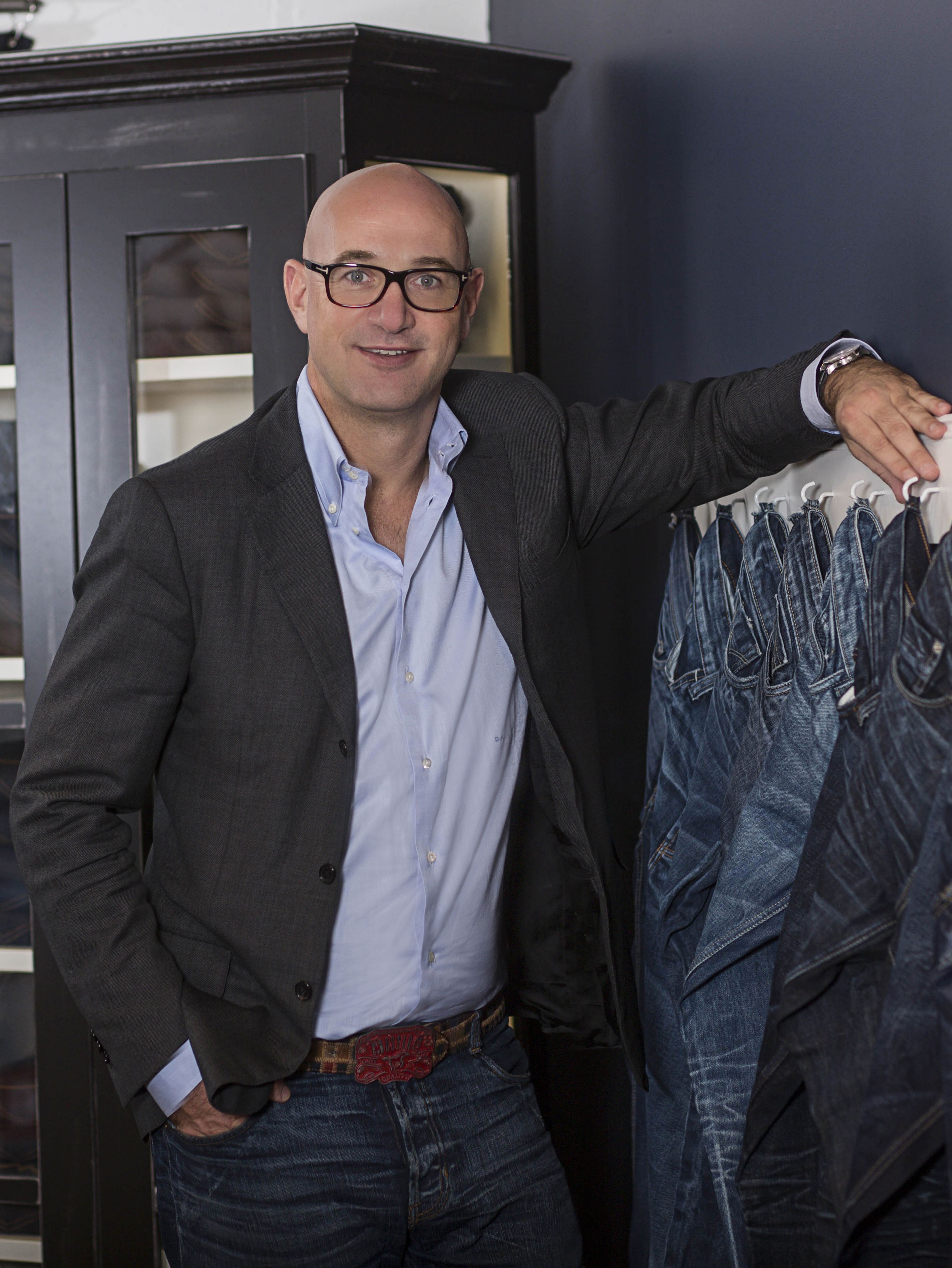 Why Mustang won’t exhibit at Panorama this summer

At Nova Concept, Düsseldorf based agency P4 will run its “Superstore” that will house the company’s whole brand portfolio under one roof in a special concept store environment.

On Wednesday, July 5, Panorama will host a Sustainability panel in cooperation with Isko at 4pm in the Lectures Hall, hall 10. Moderated by SPORTSWEAR INTERNATIONAL’s editor-in-chief Sabine Kühnl, the panel will include Adriano Goldschmied, Dietmar Axt of Mustang, Marco Lucietti of Isko, Jörg Wichmann of Panorama Berlin and Maria Giovanna Sandrini of Aquafil.

Afterwards, we’ll invite you for our traditional 2Gether at Panorama at 5pm. 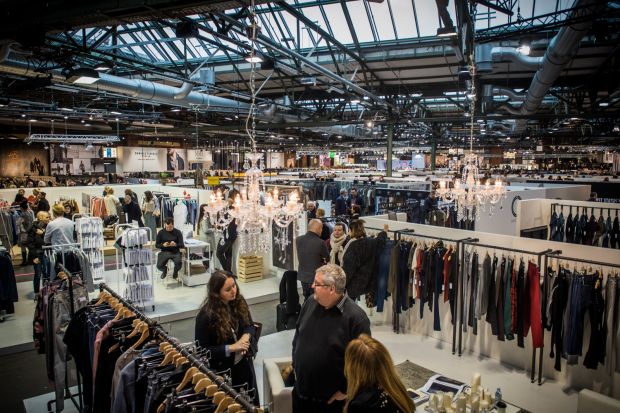 Premium will return with the well-known portfolio of premium fashion collections and some news for the new season. New areas included in its last edition in January will return this July, among them Outdoor Styles, the Activewear Area and even a Beauty Spot showcasing the latest trends and brands in beauty.

Additional, a re-worked concept of Premium’s #FashionTech Berlin conference will be held on Wednesday (July 5) in the Kühlhaus. This time, the event will also feature new masterclasses among keynote speakers (including representatives of Central Saint Martins College, Facebook, Liganova, Telekom, or Lufthansa), and start-up pitches on stage as well as the exhibition of different technologies and providers. 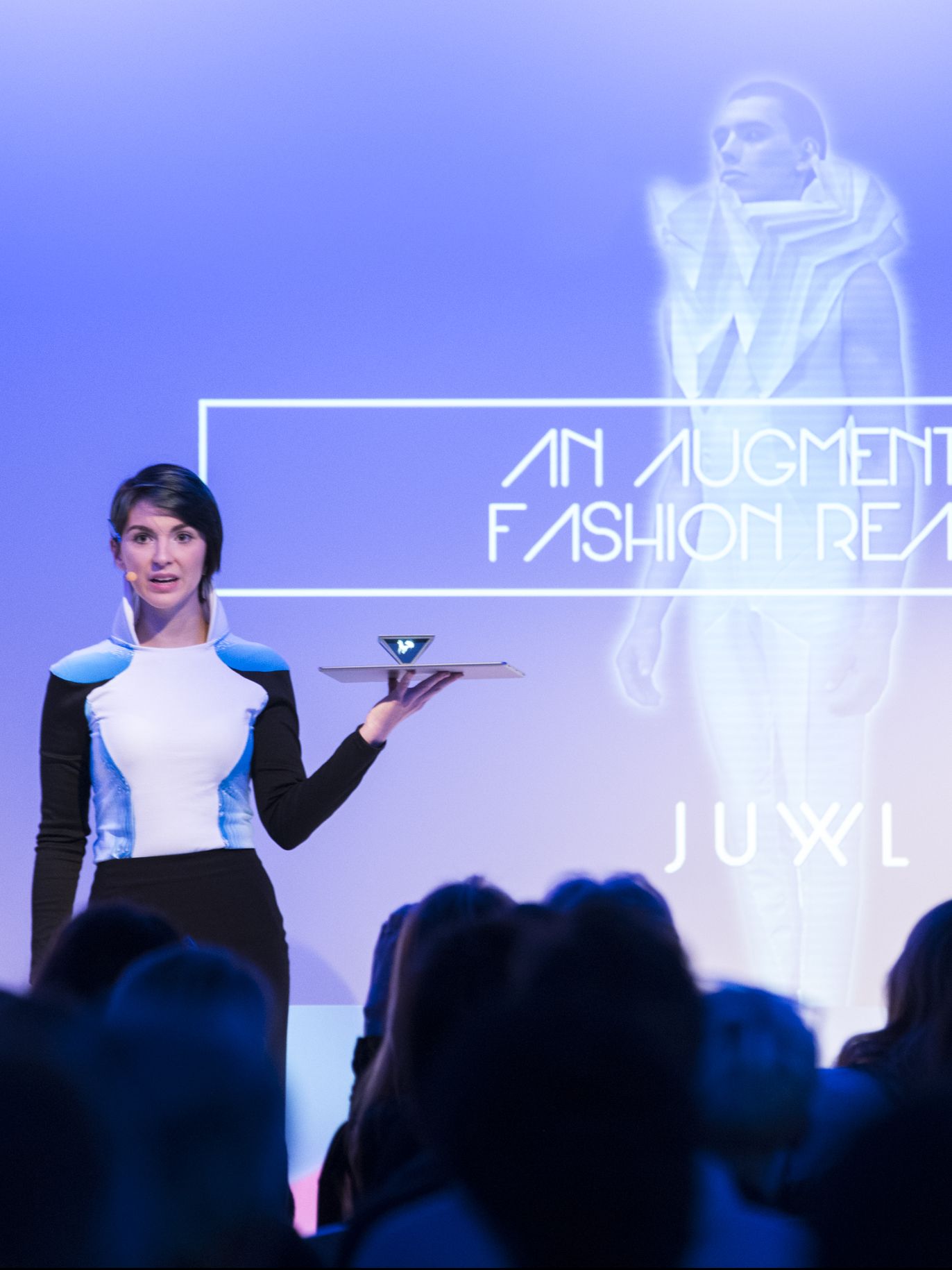 Again the Premium Group’s app will guide visitors to all events and through all the areas of each show via the GPRS navigation tool. 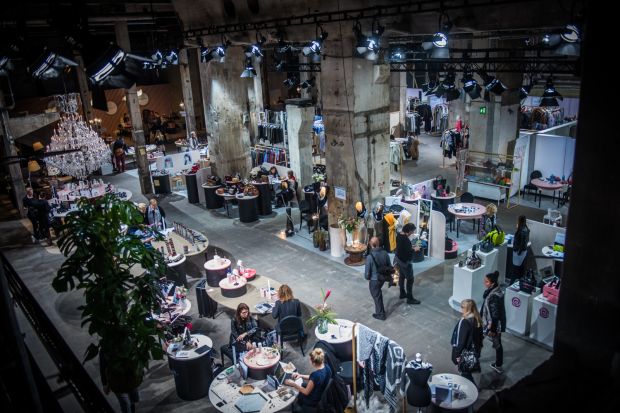 In January 2017, Show & Order firstly presented its new concept including a new interior design segment among its core areas accessories, womenswear and shoes. This is to be continued for the new season and completed with a beauty area. A highlight will be the exhibition featuring a private collection of 120 original Versace pieces to celebrate the work of the late Gianni Versace, 20 years after his death. The exhibition will be on display at the top floor of Show&Order’s location with the official opening taking place on July 4 at 4pm with the collector Alexandre Stefani present. 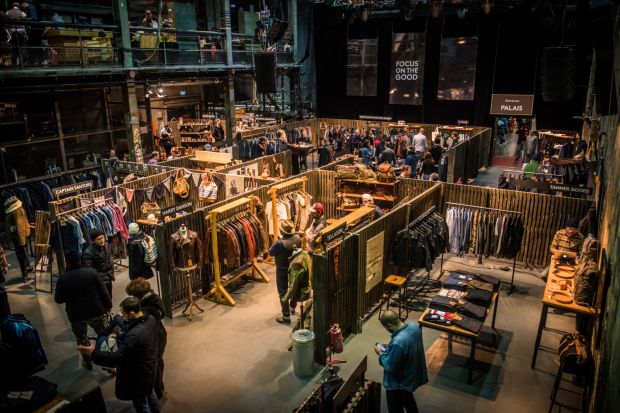 Under the headline “Built on Trust”, the fifth edition of Selvedge Run will once again bring menswear, crafted garments, shoes, accessories and lifestyle goods to Berlin’s Kulturbrauerei.  Among the exhibiting brands for this edition are Hansen, 3sixteen, Knickerbocker Mfg., Indigofera, Japan Blue Jeans, Red Wing Heritage, and Studio d’Artisan. The Makers Yard, a craft concept hall which was firstly implemented last January, will present goods from the home, mobility, outdoor, food, and skincare segment. This is part of Selvedge Run’s holistic philosophy to not only offer clothing, but also lifestyle goods for interested stores.

On Wednesday evening (9pm), Selvedge Run will host the German movie premiere of “Weaving Shibusa”, a documentary about Japanese denim craftsmanship at the Babylon cinema (Rosa-Luxemburg-Str. 30). After the screening, there will be a Q&A hosted by the film producer and shop owner Kiya Babzani (Self Edge USA) alongside members of the cast. 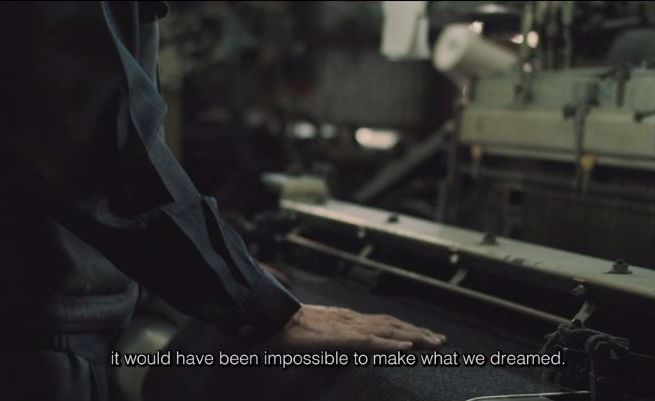 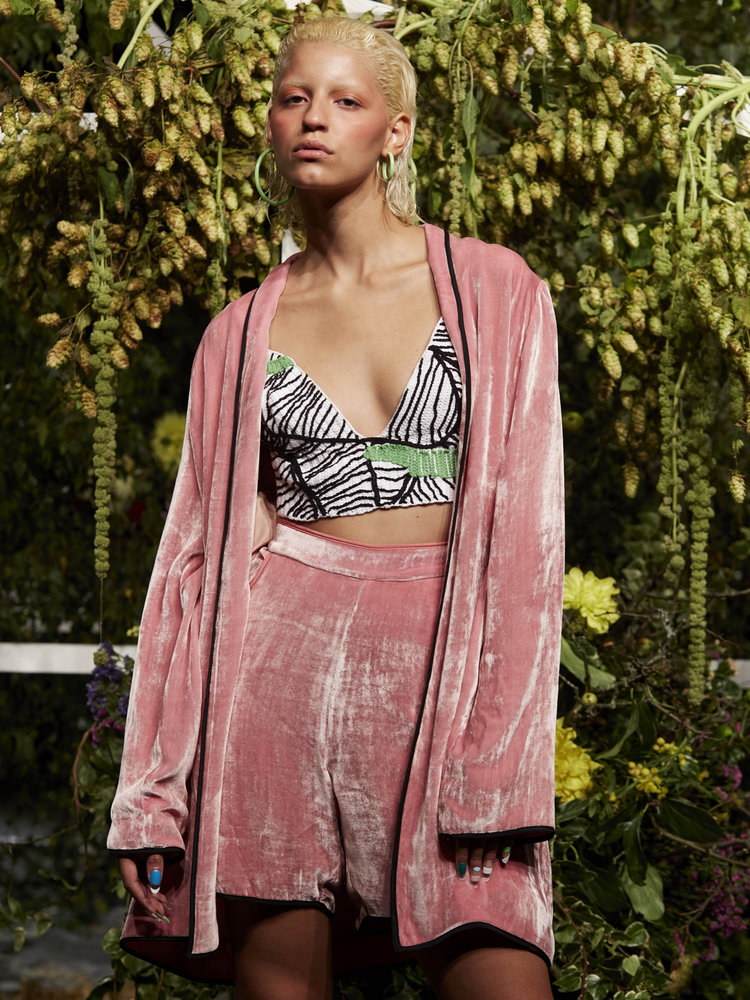 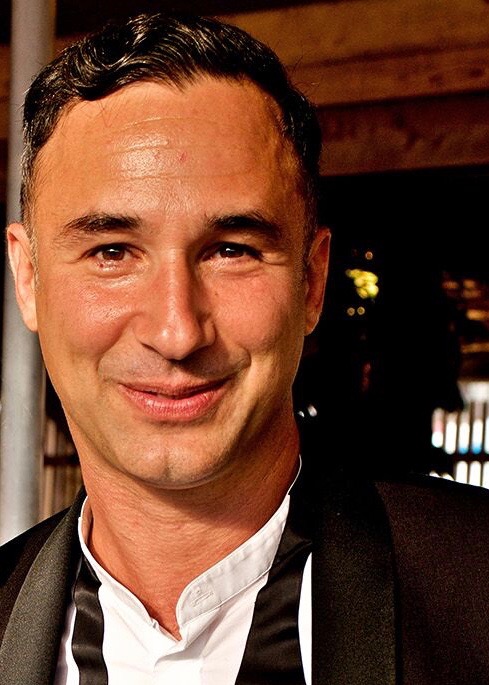 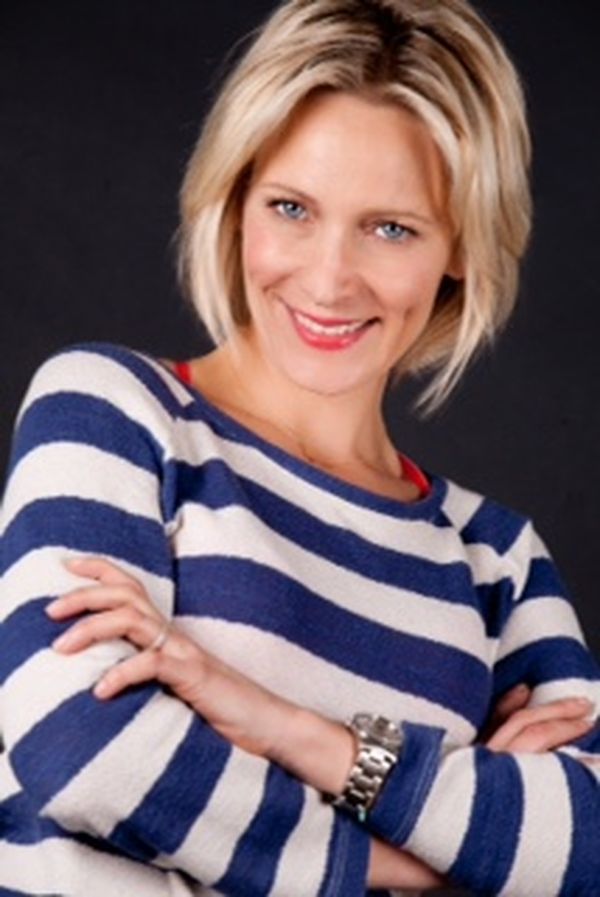