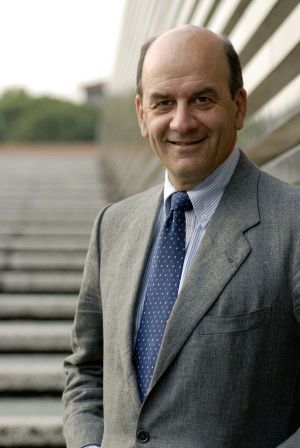 by Maria Cristina Pavarini — July 14, 2014
Not only will Bread & Butter's winter edition move from Berlin to Barcelona, but additionally B&B boss Karl-Heinz anticipated the dates to 8-10 January and becomes the businesses' kick off trade show-a position that used to be taken by Pitti Uomo in Florence.

Therefore, SI asked Raffaello Napoleone, CEO, Pitti Immagine, on his opinion about Müller's move: “This decision should have been taken within a European contest. We had spent the past months in order to find agreements upon the European menswear event calendars. Mr. Müller took the opportunity to slip in those days right after New Year’s festivities. To me it seems to be a rascal move and, in any case, the market will judge this decision. In the past we were also forced to keep our Pitti Uomo early and start it on 7 January. And that proved to be a difficult timing, for instance, because it was so close to New Year’s festivities..."

He adds: “In about two years, dates will overlap and that might become another aspect to be eventually considered. In any case we have already seen Mr. Müller changing location and dates more times according to the various developments and slowing down phases of his show. For years we have been talking to each other about changes in time and places and then - all at once without informing anyone in advance – he made this move. Let’s see what good this decision will bring him this time. We are not worried about it. Though our intention is to verify what answer the market will give.”