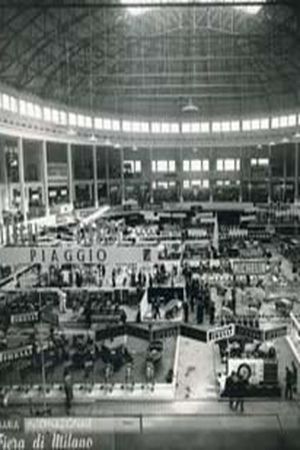 Pitti and Fiera Milano Team Up

by Maria Cristina Pavarini — September 25, 2012
Pitti Immagine, the city of Milan and Fiera Milano, Milan's fair organization, have announced a new collaboration that will launch at February 2013’s Milan Fashion Week. In partnership with the CityLife organization, a new trade show will take place at Milan's historical fair location, Palazzo delle Scintille, within Pavillion 3 of the Milan Fair, based near Piazza VI Febbraio. The existing shows Touch!, NeoZone and Cloudnine, organized by Pitti Immagine and e Mipap as part of Fiera Milano's trade shows, will now join a new event taking place together under the same roof.

The initiative is part of an overall program that hopes to shine a spotlight on Milan as an international fashion capital. “Today a new symbolic place for Milan's fashion is born," commented Stefano Boeri, assessor of Culture, Fashion and Design for the Comune di Milano. “The aim of the initiative is to reinforce the fairs' locations in Milan's fashion system organization. In February 2013, Milan will play host to various fundamental appointments during Fashion Week, thus reinforcing its connections to the cultural and social life of the city.”

According to Enrico Pazzali, CEO of Fiera Milan, "This agreement with Pitti Immagine is much more than an alliance with two main fair associations. It is a strategic project for Milan and the whole Italian fashion segment.”

Gaetano Marzotto, president of Pitti Immagine, went on to say: “Pitti Immagine has tied itself to Fiera Milano to create a new and significantly large project. Our two organizations are already working on it, though it’s too early to saying if and at what degree both of the parties will make the already existing events come together in a single initiative. A huge and fascinating location can be the trigger for this whole operation.”

The project represents a further step ahead in terms of unifying Milan’s womenswear initiatives, as a way to face increasing competition from foreign cities - find more background information here.