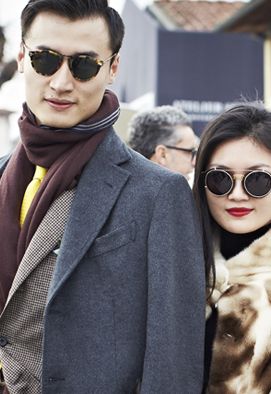 by Maria Cristina Pavarini — January 11, 2014
“We expect that for this Pitti Uomo, we will reach a higher result than in January 2013,” commented Raffaello Napoleone, CEO, Pitti Immagine. “It should be around 21,000 buyers and about 30,000 visitors in total. And visitors from Italy are growing again.”

Italian visitors appear to have grown 4% (about 13,000 people), while foreign ones should be above 7,800 people. Among top foreign countries most visitors came from Japan, Germany, UK, Russia, France, Spain and Turkey. Two more important elements were the increase of visitors from the US, a fundamental market for prestige and a global benchmark, and the growth of Korean buyers, a new significant Asian frontier.