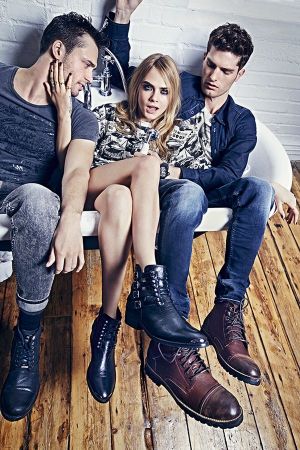 Pepe Jeans to be sold to M1

by Maria Cristina Pavarini — January 29, 2015
According to rumors Pepe Jeans could be sold to the Lebanese group M1 for about €900 million. Among most possible acquirers there had remained Pai and M1, though this last one is expected to sign the agreement. The official confirmation is expected within the next hours or days.

After negotiations conducted by Morgan Stanley, Torreal, Artá Capital and L Capital, presently owning Pepe Jeans, the denim brand founded in 1973 will be sold to M1 that also owns the Façonnable brand since 2007.

The company’s yearly revenues are about €500 million according to the balance sheet of March 2014.

Pepe Jeans had been put up for sale July 2014 and had recalled attention from private equity companies such as Kkr & Co., Permira Advisers Llp, Cvc Capital Partners Ltd. and Pai Partners Sas.