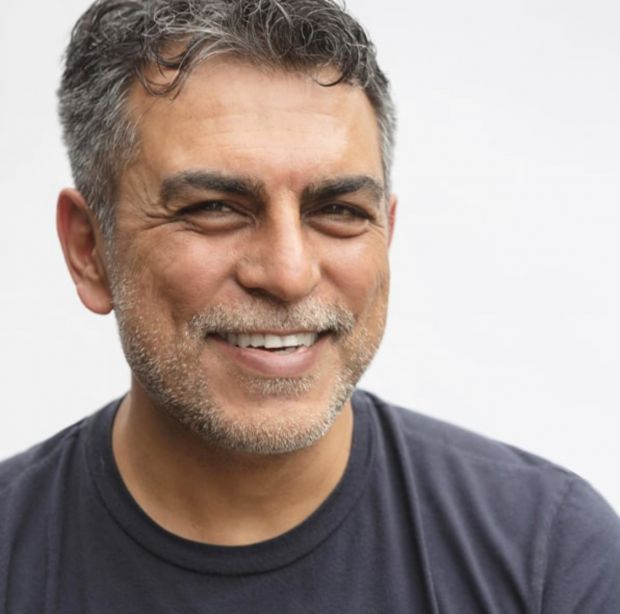 Sanjeev Bahl: ‘Our mentality is to use our profits wisely'

Sanjeev Bahl states that his mission is “to be a force for good.” As lame as that may sound, after the first few seconds of speaking to him you quickly realize that this is not going to be a greenwashing marketing conversation, but that Bahl is genuinely passionate and sincere about his holistic approach.

In 2001, he founded Saitex in Vietnam. Today this LEED-certified company, which is committed to circular economy and carbon neutrality, is one of the most sustainable large-scale denim producers in the world. Saitex is the first factory in Asia and the only large-scale denim producer with a B Corporation certification. Saitex’s most recent project is a partially automated jeans manufacturing facility in Los Angeles. The complex features innovative laser cutting, semi-automated sewing, robotic spraying, 3D laser detailing and futuristic one-step wash machines connected to a state-of-the-art water recycling system.

No less exciting is Bahl’s second project, Rekut, a social impact program and production line for people from disadvantaged backgrounds or who have different abilities. It was recently awarded with the Reuters Diversity & Inclusion Leader 2021 award.

The Rekut program fulfills Saitex's mission to hire at least 1,000 people from disadvantaged groups as employees by 2025. All employees undergo five months of training. After that, each employee can operate an independent production line. The washing process is still carried out by Saitex, as local restrictions prevent people with disabilities from working on heavy machinery, for example. Rekut produces mainly accessories, masks and homeware from pre-consumer and post-consumer waste. Ten percent of its revenue goes toward training and hiring employees. The sum of $3,000 is incurred to acclimate each employee and $155,000 has been invested in fully accessible facilities.

We talk to Bahl about his heartfelt project, why there are so few imitators in the industry yet, and what the law of limitation is all about.


Can you briefly outline for our readers why you started Rekut? And why this project is close to your heart?
All of us are a part of a larger conversation of inclusivity and the times that we live in have especially made this dialogue more important. But when it comes to inclusivity the narrative is more about race, religion, color and size. If we take into account that 15% of the world's population has disabilities, and if we add another 4-5% of the world's population that includes people with ADHD, autism, or other neurological disorders, that’s 1.5 billion people on this planet with very little opportunity. 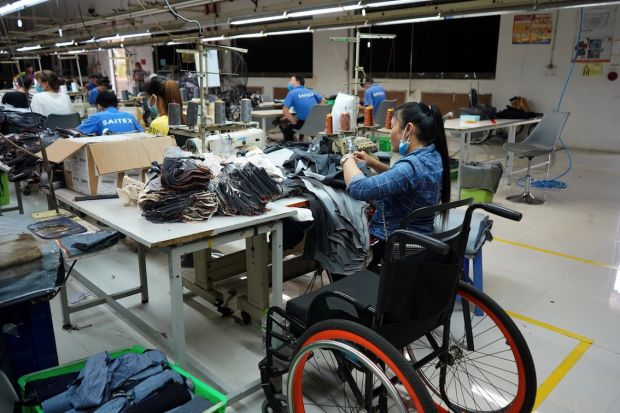 
What is your mission with this project?
Saitex is a very inclusive organization built on certain fundamentals to create positive impact. We continue to focus on social impact as we move forward fiscally. Our whole mission in terms of social impact was to build our own factory to create inclusivity and develop a theory of change that would then be a guideline for other factories that we want to integrate into the system of mainstream manufacturers. We have about 4,000 employees at Saitex. The first step we took was to commit that the next 1,000 people in our organization would be people with different abilities, which would give us a healthy ratio of at least 20% of the total workforce to be socially inclusive on a whole other level.


How does the contact come about?
The contact with associates for the Rekut program first came from local orphanages and social impact programs in Vietnam that Saitex was already supporting. When these children turn 18, they are provided the opportunities to be trained and recruited at Rekut with equal pay, respect and dignity. It is a very sensitive matter. Predominantly, there is a lot of legality involved. People are not allowed to work more than seven hours a day.
We have learned a lot from different organizations, but through experience we have also learned how to build a very robust training program and mainstreaming, because we have to deal with a lot of psychological and social issues before we integrate people. Trust is the most important thing; you can't just throw someone in the water, it’s not possible. The entire approach had to be very systematic and that came from a lot of experiencing and learning that we recruit from the NGOs that we work with. Without the help and support we would not have the ability to scale up as fast as we did.


How long did this process take?
We started in 2019 really small with four to five people. We then incubated it and created a small training center. We have about a 100 employees now. 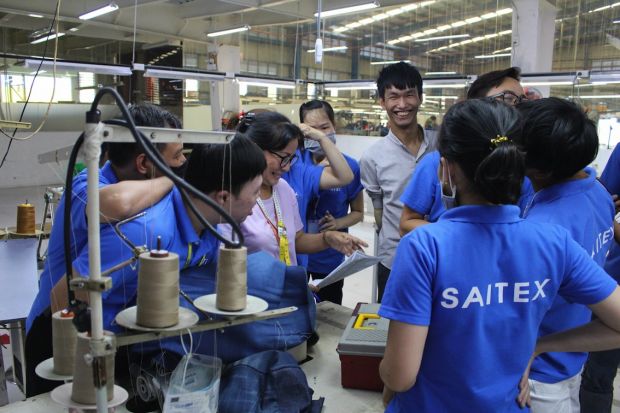 Photo: Saitex
Workers of the Rekut program at Saitex
Saitex is still considered one of the most sustainable denim producers in the world. Why are there still so few companies imitating it?
We live in a very capitalistic economy and mindset and part of the capitalistic mentality is to be very top line and bottom line oriented and focused. A lot of organizations are more focused on that. However, at Saitex we always viewed business as a tool to be a force for good. That’s why we were recognized as a B Corp after several years of hard work.
Of course you have to be profitable–there is no question about it–but our mentality is to use our profits wisely. So besides creating a better infrastructure for our workforce we expand into the operations which is equally important to stay relevant. We have always searched for social and environmental impacts to be included in our work. It is not just money all the way.

I guess a lot of companies may not be in the position to reduce social and environmental impact because of stakeholder opinions. But I am very hopeful that things will change in the future because the young generations and consumers are demanding change. There is a completely different mindset and movement. Somebody has to start something. We can’t change the world but we can definitely be some kind of case study, a proof of concept or a catalyst drive for larger social and environmental enlightenment across the globe. It’s these younger generations who will help with the effort and put it out there, in the actual manner that will encourage forward-thinking businesses to incorporate something as vital and important. I am very optimistic that this will grow into a larger scale across the globe. 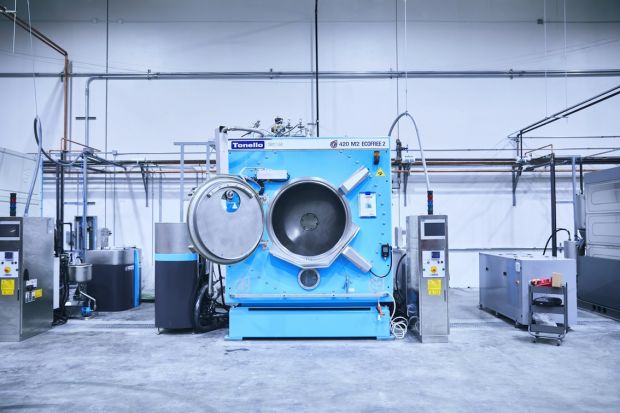 Photo: Saitex
Washing facility at Saitex
Do you think that the circular approach scares off many producers? What arguments would you use to convince producers to invest in sustainability? Why could it be profitable?
There is no argument. Year after year we have all understood that we live in a very vulnerable state. The pandemic is just once such instance but with the amount of natural disasters caused by climate change and the extinction of species and the negative impact that it has on habitats it is slowly coming to life. If you didn’t have social media, the world wouldn’t be as glued as it is today. Information goes around very fast and we all understand the negative impacts of bad actions. What is missing is a legal side of it. Once legality is set, when it becomes part of the rules for engagement by governments, people will have to deal with it. At the streets you have lights. Red light people stop. If there is no light system on the road you will have crashes every two seconds. Even after if you have a traffic system you have cops who are waiting to ticket you in case you cross the barrier you are not supposed to. There is a system that needs to form for everybody to conform. Until there is a real system, I guess there are going to be a lot of people who don’t bother about what negative impact they create. Currently the consumer is demanding sustainability. Day by day and because that noise is getting louder the argument from a manufacturer standpoint will be to invite sustainability. Authenticity is really important as consumers are not stupid. We will see that people who are not authentic will have to change course if they still want to be dominant within the market. Sustainability is much better understood than it was 20 years ago and is becoming extremely relevant and important to become everybody’s business.


You once said that there is a fine line between need and greed. How do you balance these two factors?
It is the law of limitations. If I ask anybody how long are you going to live? Nobody says I will live forever. The bottom line is there is a limit to everything. The dystopian truth is that there is no limit for making money. So that is why we can never define the difference between need and greed. Because everybody has their own standards. However, you should take a step back and ask yourself the question how much do I really need? Once you have achieved this goal you will see that you don’t need to push the limits. I reached my level of contentment, I am happy with what I have and I get even more joy to do things for others. That is what Rekut is all about. 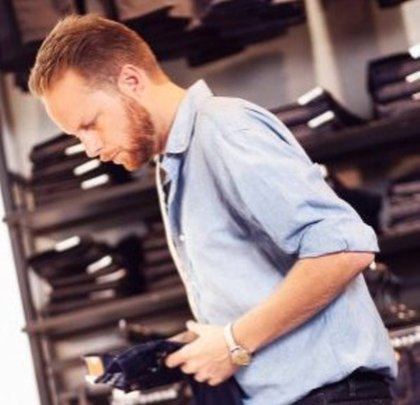 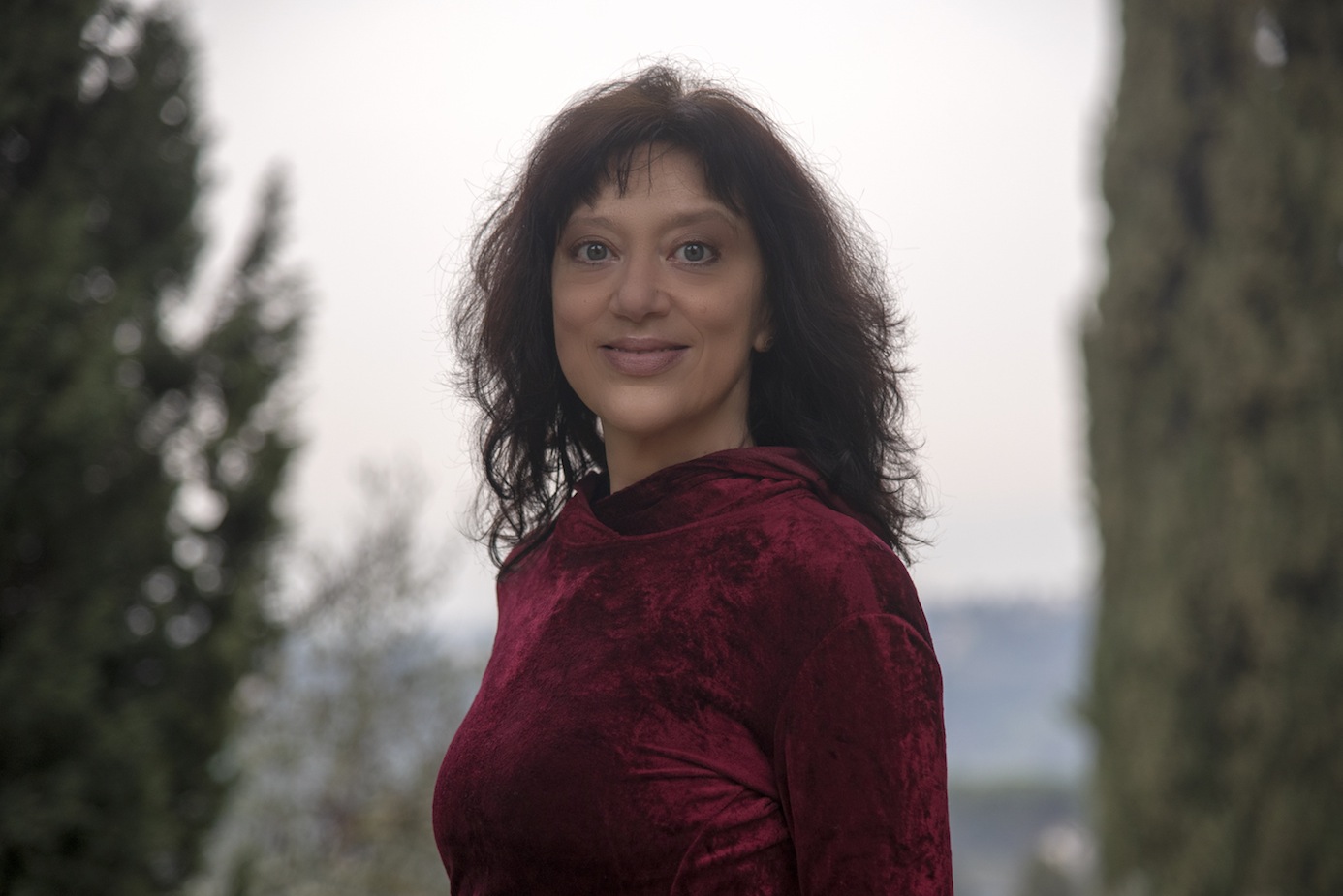 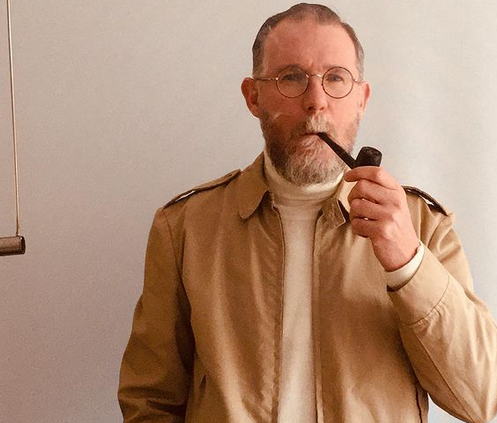 Alessio Berto: ‘A designer has to know how to produce clothes’ 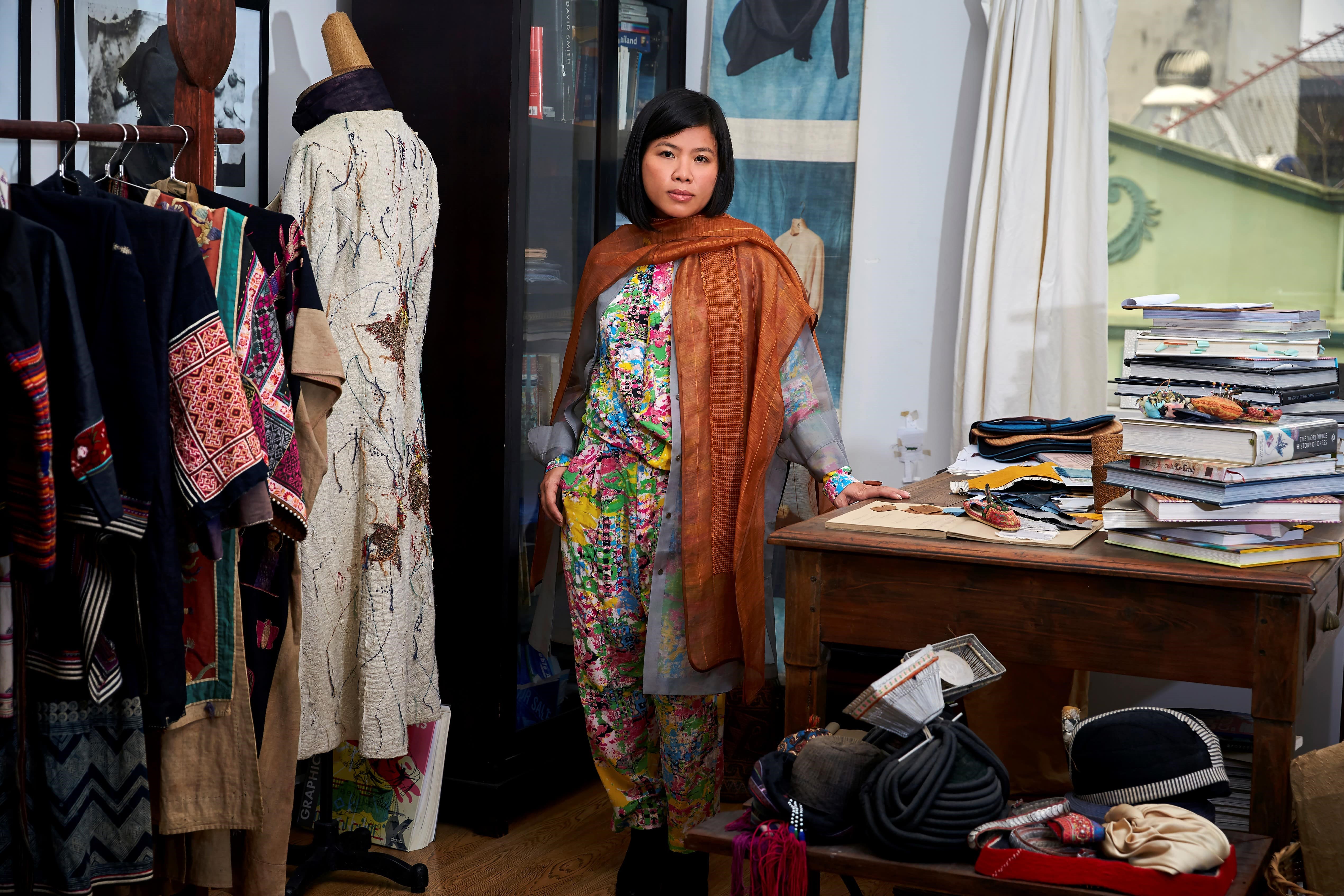 Why there should be more labels like Vietnam’s Kilomet109