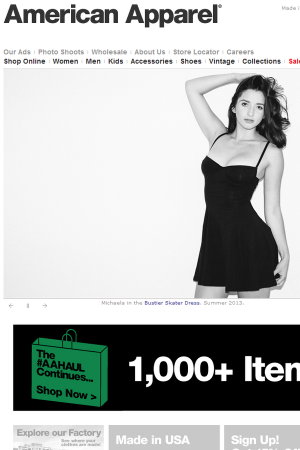 by Elena Reudenbach — December 18, 2014
The Board of Directors of American Apparel, Inc. has appointed veteran fashion executive Paula Schneider as chief executive officer, effective January 2015. Her appointment follows the termination of Dov Charney, former President and chief executive officer. Until Paula Schneider joins the company, Scott Brubaker, who has been serving as interim CEO, will continue in her position.

Dov Charney was suspended as president and CEO by the Board on June 18 for alleged misconduct and violations of company policy. A special committee of the Board oversaw an internal investigation conducted by FTI Consulting into the allegations against Charney. Based on this investigation, the special committee determined that it would not be appropriate for Dov Charney to be reinstated as CEO or an officer or employee of the company. While under suspension as CEO, Charney had been serving as a consultant to the company. This relationship has now been terminated.

Paula Schneider has a reputation for improving the financial performance and operational efficiencies of several fashion brands. She has also served as president or senior officer for retail and fashion companies including BCBG Max Azria, Warnaco and Laundry by Shelli Segal.

"We're pleased that what we set out to do last spring - namely, to ensure that American Apparel had the right leadership - has been accomplished," said Allan Mayer, co-chairman of the Board. "We are confident that Paula Schneider has the skills and background to lead the company to long-term success."