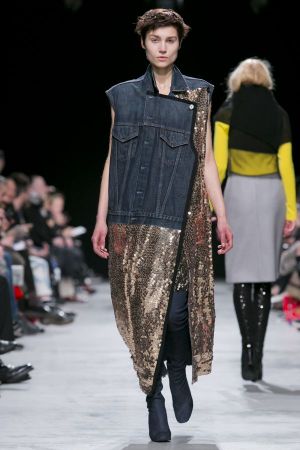 by Barbara Markert — March 14, 2016
The Paris Fashion Week (PFW) closed Wednesday after nine tight days with more than 100 shows, as part of the official schedule, half a dozen fashion fairs (Premiere Classe, Don’t believe the Hype, Capsule, Tranoi, Man/Woman...) and plenty of showrooms accompanied by off-shows. The increase of security measures in consequence of the terrorist attacks, started already at the menswear fashion week in January, which involved more intimate shows, a stricter selection of guests and caused in general a lower attendance of buyers and fashion journalists. Big brands like Kenzo or Saint Laurent chose such smaller locations that they were obliged to reduce their guest list heavily by more than 70 percent. Live-streams became a standard. Balenciaga even tried a new 3-D-live-stream-App, in which the audience at home could follow the show on the iPhone or iPad, just like sitting in the front row.

Two important houses, Alexander McQueen and well estimated A.F. Vandvorst, showed in London this season. But others like Givenchy, who showed in New York last season, returned to Paris. The most attended shows were the ones of the new star designer Devna Gvasalia, who creates not only for his own brand Vetements, but also acts as new art director of Balenciaga. As important newcomer streetwear oriented brands Paskal, Koché, Ih Nom Uh Nit and Neith Nyer can be named.

To summarize the PFW for this season: there are two big directions where fashion turns to next winter: a lot of designers followed the new romantic and playful classic launched by Gucci some seasons ago. On the other hand the trend athleisure moved forward and created new interesting mixtures.

These are some of the biggest trends for Winter 2016-17 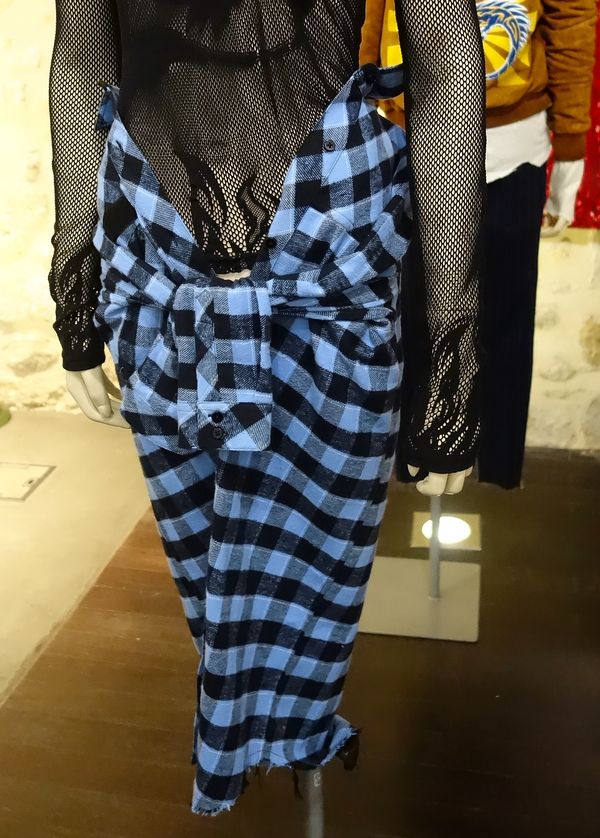 Checks are back
Checks as tartans or squares are back in fashion. Plenty of designers in Paris chose these patterns to embellish gowns, pants, shirts, and after all coats. Like the Finnish brand Aalto or Isabel Marant, Balenciaga, Ungaro, Gauchère, Haider Ackermann and Koché. The colors of the checks are mostly discreet and dark and only sometimes realized as real tartans in bright red or green as, for example, seen at Barbara Bui or Vetements. Woolen fabrics bring softness and add a luxury touch to this trend. 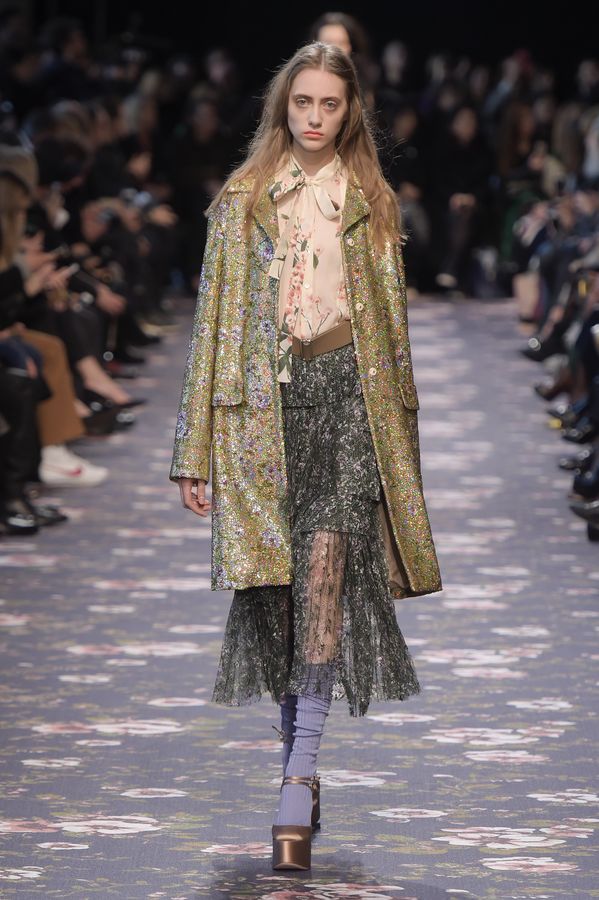 Romantic quillings
With the fashion movement back to classic and mix-and-match-styling – launched by Alessandro Michele for Gucci some seasons ago and widely adopted by other brands – comes a new romantic style. Taking this style to the next level, the Parisian brands added frills, quillings and other romantic elements like flowers or puff sleeves to nearly every clothing-item, as seen at Rochas, Paul & Joe, Sonia Rykiel, Stella McCartney and Vetement. Even sporty pull-overs and pants have some frills, dresses are cut in bias and decorated with quillings and puff-sleeves. This is an advancement of the Victorian style of the last winter and current summer season.

Sporty elements
A counterpart to the romantic style are the sport influences arriving at ready-to-wear. Courrèges showed, for example, slim overalls like ballet or yoga outfits, Balenciaga styled ski-jackets and pants with loops for a city walk, functional underwear-pullovers with zips were seen at Nina Ricci and voluminous and oversized down-jackets shown by Yang Li, Stella McCartney and Carven. Hoodies are also back and even combined with evening dresses (Veronique Branquinho). The athleisure trend of the summer went into another season and became even more sporty. 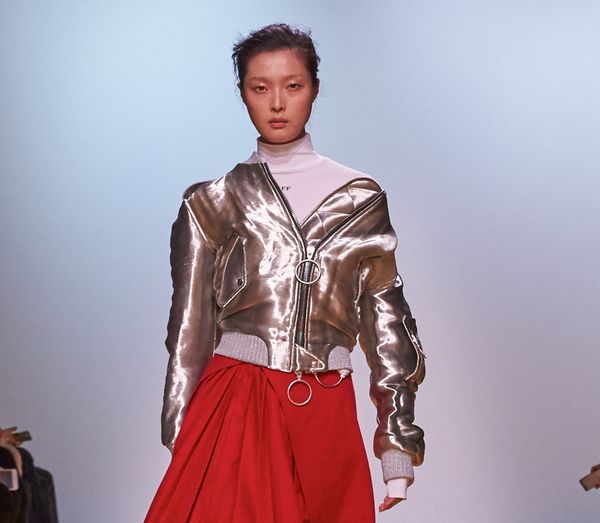 Gold and metallic structures
The decadence of fashion was one theme of the show of Dries Van Noten, but the Belgian designer wasn’t the only one to show gold and glimmer. Sequined fabrics, golden shining corduroy and materials with Lurex could be discovered at nearly every show of PFW. The new golden opulence was even adopted by streetwear oriented and young brands such as Y project, White Off, Koché, Aalto or Vetements. 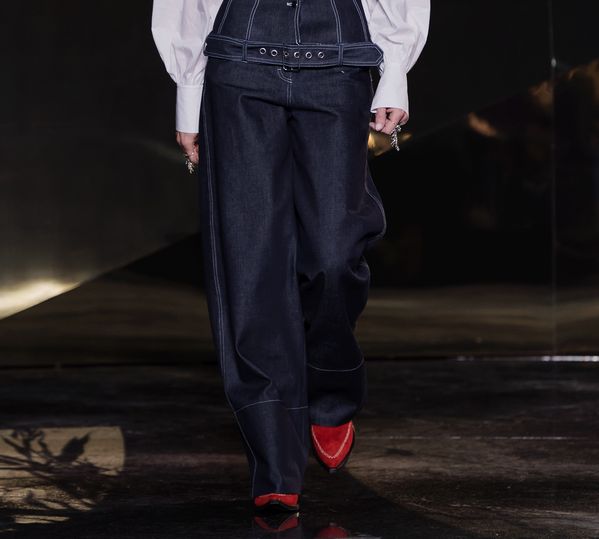 
Wide leg denim
The PFW brands already focused on wide leg pants for some seasons. Now the new cut is widely adopted also for denims with a high waist and a wide cut from thighs to ankles. The denim is either dark and rough or bright and soft. Seen at Y project, Off White, Neith Nyer, Esteban Cortazar, H&M Studio and John Galliano.