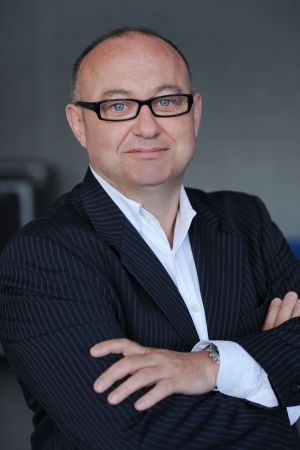 by Maria Cristina Pavarini — June 28, 2011
International textile fair Premiere Vision will start organizing a series of annual meetings under the name PV Global Meetings. The first one will take place in Paris, on Feb. 17, 2012, right after the trade show (Feb. 14-16, 2012). "We want to offer the market a new platform where international top insiders can speak about two to three hot topics," commented Philippe Pasquet, President Premiere Vision. “Company managers, experts and opinion leaders and press will come together and exchange ideas on the economic situation, strategic marketing initiatives and other similar important aspects of their work." The PV Global Meetings will take place in the heart of Paris, in the former building hosting the stock market exchange, Palais Brongniart.

Other new initiatives are scheduled for the next editions of the show. For the upcoming edition, running Sep. 20-22, 2011, they will present Maison d'Exceptions, a new space hosting twelve companies characterized by their unique experience in excellent production, craftsmanship, ability and know-how in luxury material manufacturing. Moreover, for 2011, Premiere Vision has become partner of the Hyeres 2011 Fashion & Photography Festival and not only awarded Céline Méteil with the Premiere Vision Prize (worth €10,000) but will also present the collection of the young designer at the Premiere Vision New York edition (July 13-14) as well as host a temporary shop presenting and selling the designer’s works at the September edition of Premiere Vision in Paris.

For the third edition of the Premiere Vision Awards, the jury will be headed by Roland Mouret, French designer based in London since the 1990s and most appreciated consultant of the international star system.

Another record was set already in February of 2011 when Premiere Vision Pluriel registered 55,792 visitors, +6.5% than in February 2010, and the highest visitor rate compared to other textile shows that were taking place in the same season.