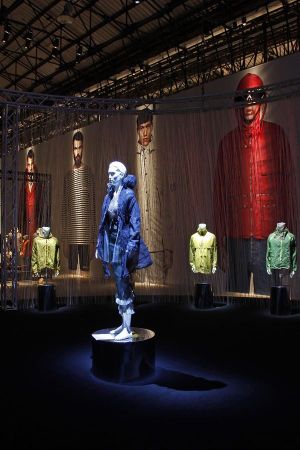 by Maria Cristina Pavarini — June 22, 2012
The 82nd edition of Florence’s Pitti Immagine Uomo was held from June 19-22 and revealed the upcoming trends for the spring/summer 2013 season. Despite the hot weather, the atmosphere was positive and optimistic with many visitors crowding the show’s halls and corridors. According to results registered by the third day of the show, foreign buyers were recorded at a 2% increase compared to last year (and an 8% increase compared to 2010), while Italian buyers were fewer. Among foreign visitors, Germany was at top of the list followed by Japan, Spain, the UK, France, the US, China, Korea, the Netherlands, Russia and Turkey. Hong Kong, Taiwan, Poland and Ukraine were all stable while a growth was recorded from Brazil, India, South Africa and Mexico. Greece, Portugal, Belgium and Switzerland, on the other hand, appeared to have lost some visitors.

In terms of novelties, color played a primary role either with bright, neon tones or dusty, delicate hues. Color was everywhere, representing a true injection of optimism with yellow as the most preferred highlight, seen at almost every brand as an accent of liveliness. Denim remained an important aspect for many collections as well, especially if jeans were completed with various details and modern, eye-catching elements.

Uptobe, a newborn collection launched a season ago by entrepreneur Graziano Gianelli (previously involved with Geospirit), presented a colorful collection of lightweight jackets, 50’s-inspired dresses, short coats and lightweight down jackets all in neon hues such as yellow, pink, orange and electric blue. Baracuta, newly acquired by the WP Store group, presented a collection that focused on redesigned outer jackets lined with traditional Fraser tartan reimagined for fit, detail and function. A special section aimed at younger consumers offered variants of the classic model in bright colors such as blue, green, red, orange and yellow. J Brand opted for a series of garment-dyed and yarn-dyed denim items with a black weft and soft-effect whiskers while Gas also presented a wide variety of dyed denim in shades like electric blue, water green and salmon, plus tops and knitwear dyed with mineral hues providing dusty and natural effects. C.P. Company also launched a series of Goggle Jackets in bright hues and Blauer presented Bronx, a special selection of brightly colored garments inspired by one of New York's up-and-coming boroughs.

Lemon yellow was an accent almost every collection offered. Marina Yachting, Aquarama, Annapurna, K-Way, Kejo, Pirelli PZero, Brooks Brothers and Napapjiri were just a few of the brands that opted for some item in this captivating and optimistic hue. Desigual offered a mix of patterns and colors in reinvented bandana motifs while Ben Sherman celebrated its 50th anniversary with a special project focused on tailor-made trousers available in a wide range of models and colors. 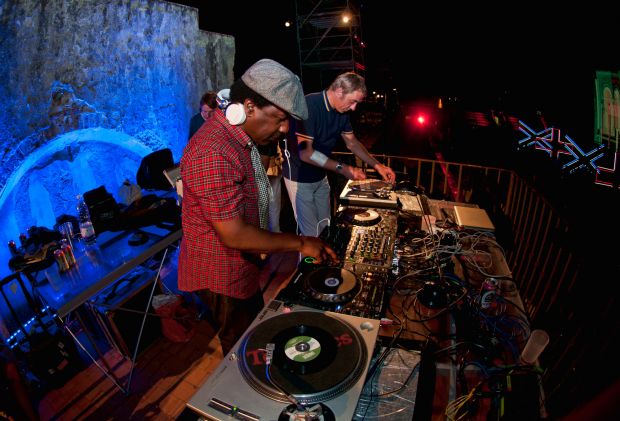 Functionality was another key element for next season, as confirmed by CP Company, which will open a FGF mono-brand store in Milan and launch a special new collection in September.Among the offer is a trouser model that can be worn while riding a bike as well as to an office meeting or cocktail party; ankles can be belted back for smooth sailing and then simply unbuckled for smarter look. Meanwhile, Crocs launched a new line of sunglasses with detachable sides allowing the user to constantly change and update his or her look along with a sailing shoe model in Croslite with openings that encourage better air and water flow. Teva redesigned its sneakers and rounded heels with ultra-light laser cut straps and Pirelli PZero unveiled a booth resembling a Formula One pit stop area with apparel and footwear inspired by the world of car racing. The Valentino maison, which is on the lookout for a new owner, presented its catwalk show for the second time at Pitti Uomo, this time offering a series of rubber-effect camouflage printed jackets.

Pitti continues to be an attraction for denim specialists. While Lotto reinvented its sneakers with blue aged denim effect uppers, G-Star presented a study on historical trousers reinterpreted through denim optics inside the Denim Dome Cannoniera location. Blauer announced its partnership with Edwin (see our news) and Re-hash offered a varied selection of jeans including a series with neon rivets, different colored stitching and inner linings and details in striped and checked fabrics. Apart from the G-Star party held inside the Fortezza, side events involving brands like Rifle presented new collections with a cocktail party. Finally, Metin'Pot (see our news) and Diesel inaugurated and redesigned their Florentine shops.

June’s fair saw many different events with the two important celebrations hosted on the first night. Stone Island inaugurated its impressive exhibition at Stazione Leopolda, filling the huge location with gigantic pictures of historical jackets and eight "islands" of products separated by theme, treatment and evolution throughout the years. The second main event was WP Store’s 30th anniversary and Baracuta's launch party at Sferisterio’s open location where four of Britains’ most requested DJs infused the night with lots of fun, music and dancing. Meanwhile, Dockers also hosted an exclusive party on a panoramic terrace on top of Pitti Uomo’s offices to fete its Dockers K-1 collection, The Rough Riders, which mixes tradition and modernity for a contemporary khaki look.