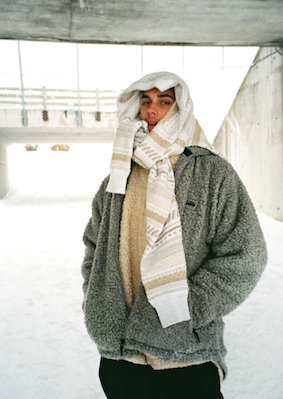 On the occasion of our latest OUTDOOR ISSUE, we talked to designers, brand-makers, buyers and everyone else who has a say in the field of urban outdoors. One of the Outdoor brands we introduced is Italian brand Napapijri, which has extended its repertoire to attract a cooler clientele–an exercise boosted by its ongoing collaboration with London designer Martine Rose.

If fashion were an ecosystem–or Noah’s Ark, even–Napapijri would be the chameleon within it. Your definition of the brand, founded in Italy in 1987 and headquartered in Switzerland, might depend on the type of retailer you’ve come across it in. Napapijri’s technically outdoorsy and easy-to-wear identity feels at home almost anywhere. The signature Skidoo jacket, for instance, was created for the slopes but adopted by the streetwear crowd long before the urban outdoor movement took hold. Napapijri’s authentic status within this field has seen its cool quotient soar, but London designer Martine Rose, with whom the brand has collaborated since f/w ’17, also deserves a big scoop of credit. 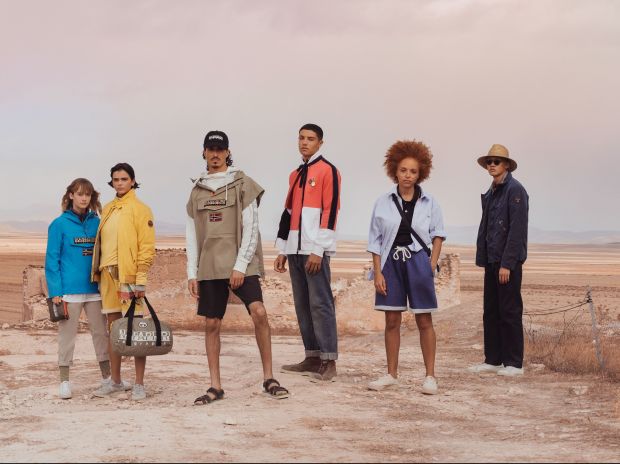 Napapijri’s move into fashion maven territory (the streetier end thereof) by way of tapping Rose didn’t stem from a desire, or conscious decision, to be hip. “Without having changed strategies, there’s been a strong pull from consumers, and we’ve also had designers calling us to ask if we’d be interested in collaborations–this is really how the partnership came about,” says Vicki Bohlbro, vice president global marketing e-commerce at Napapijri. 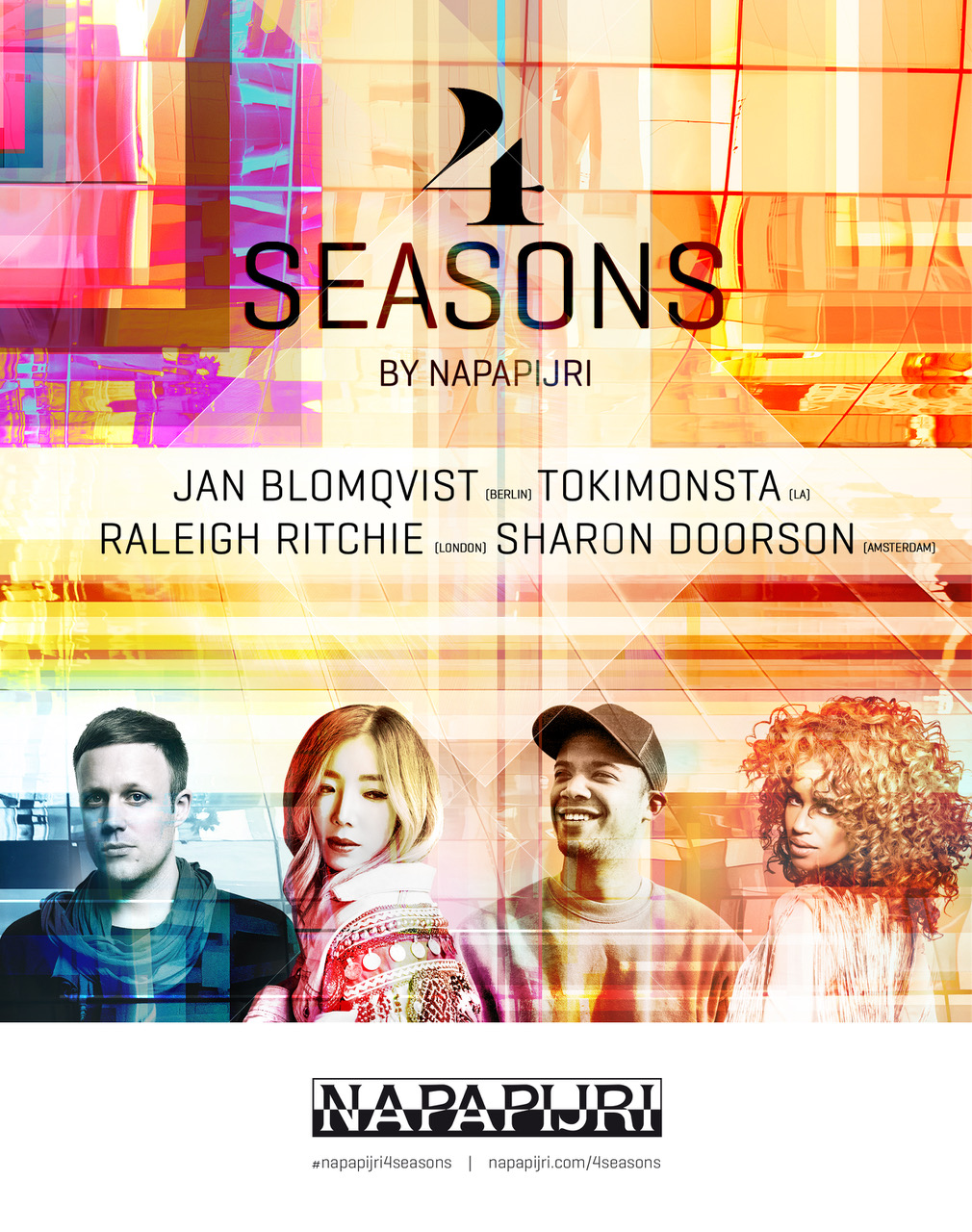 Bohlbro and her team decided to pick one designer who’d be able to convey the brand-story the right way. They met a fair number of contenders before Rose walked through the door. “Martine immediately declared that she wanted to work closely with the Napapijri heritage, basing the collection on the brand’s signature pieces, as opposed to designing random interpretations,” says Bohlbro. “After having had a look around, she picked up an original Skidoo anorak created for an expedition to the North Pole and said: ‘This is it!’ We knew then that we’d found ‘the one.’” 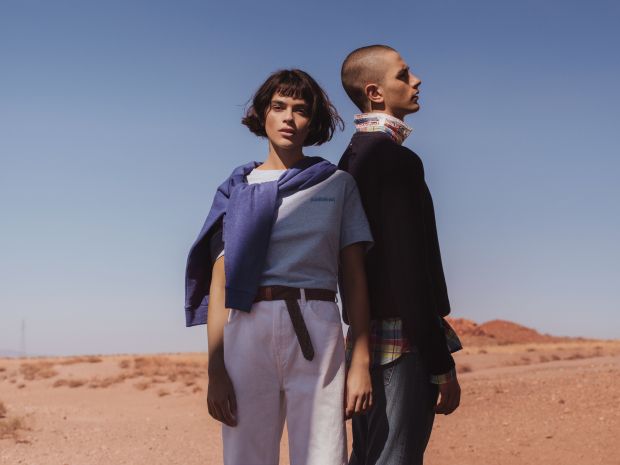 Entering its third season for f/w ’18, Napa by Martine Rose is destined to be a long-term affair. In the innovative hands of the designer, who launched her namesake label in 2007, Napapijri outerwear classics such as the Skidoo and Rainforest jackets have been given a twist that combine ’90s music influences and the offbeat cool vibe Rose is recognized for. “Martine’s very experimental, which is great, and aside from bringing the Rainforest story to life each season, she’s also elevated our classic curly fleece pieces,” enthuses Bohlbro.

The oversized and often logoed garments have found their way into a global lineup of stores including Machine-A, Ssense, GR8, Barneys and Opening Ceremony. “It was important for us to find the right distribution for the line, and only produce each design in fairly limited numbers,” says Bohlbro. 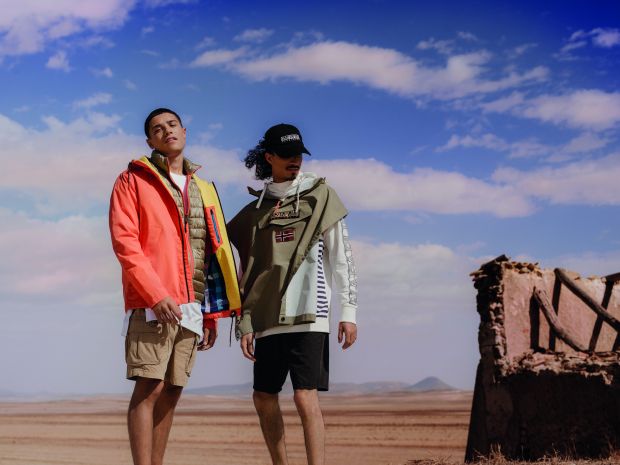 The Napa by Martin Rose range has a definite fan base, but it has also managed to open up the eyes of a clientele too young to part with the kind of cash these pieces command (retail prices for Rainforest jackets within this range start at approximately €500 and sweatshirts cost about €220). Predicting that the Napa by Martine Rose collection would appeal to an aspirational consumer, the team went about developing The Tribe–a fashion-led line flirting with the ’90s inspired aesthetic Rose has established for the range, but, most importantly, with a lower price point (in this case, a Rainforest jacket retails at about €160). Its premiere outing coincided with Rose’s first Napa collection for f/w ’17. “The Tribe audience is very much into fashion, and while the look is casual, there are some pretty ‘out there’ garments,” says Bohlbro. “Guys love the pink s/s ’18 hoodie, and for f/w ’18, I think the yellow curly fleece will go down well with this crowd.” Elsewhere in the latest collection, football-inspired graphics with a ’90s feel have been applied to both jersey pieces and outerwear. 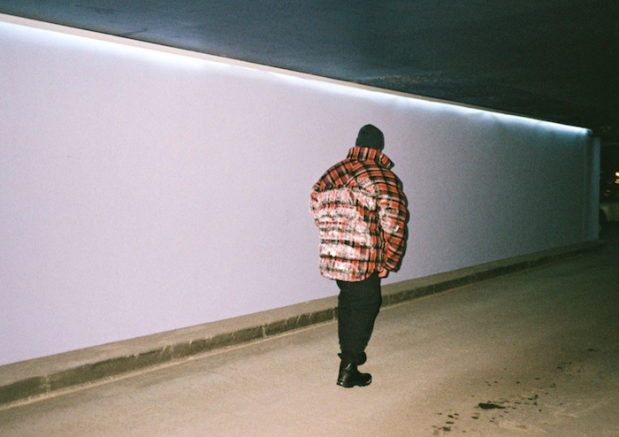 As the Martine Rose effect is tightening its seductive grip, demand for the unisex Tribe range is growing. For f/w ’18, it’ll enter wider distribution–Urban Outfitters has picked it up for its global network of stores and ASOS is among the e-tailers on the list. Collaborations with young London talent will soon be part of this concept, too. “Our aim with The Tribe collaborations is to give up-and-coming London designers a voice, and we’ll present these projects alongside the collections by Martine Rose, who’s a more established name,” explains Bohlbro. Starting from f/w ’18, Napapijri has signed a one-year contract with a young talent, whose identity is still a secret, and if it proves to be a good match, the partnership might be extended–though the idea is to give more than one designer the chance to get involved. Bohlbro says: “We’ve toyed with the idea of crowdsourcing, potentially inviting designers to present their ideas and then allowing consumers to vote for their favorite.” 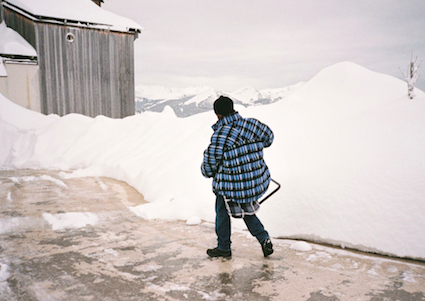 Creative partnerships clearly play an increasing role in Napapijri’s evolution (as does sustainable innovation–Ze-Knit, a line of digitally knitted urbanwear is big news and a story in its own right). But collaborations are never risk-free as they sometimes fail to attract new customer while alienating existing ones. “I agree that they can feel quite try-hard,” notes Bohlbro. “In the case of Martine Rose, we’re lucky to have found someone who understands the brand and can help us take it in the right direction,” she says. Generally, Bohlbro feels that the moment’s right to embark on initiatives that click with the fashion-y, urban crowd. “The outdoor trend, or movement rather, is really happening in the city, and this is a place where we’ve always fitted in.” 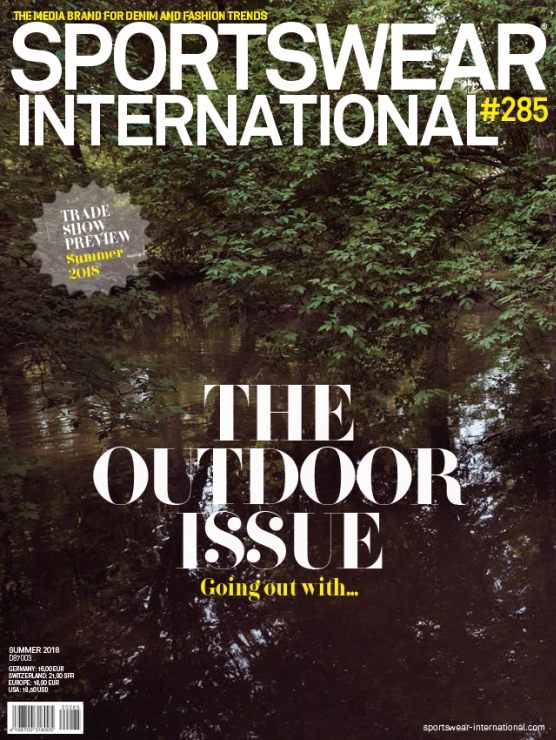 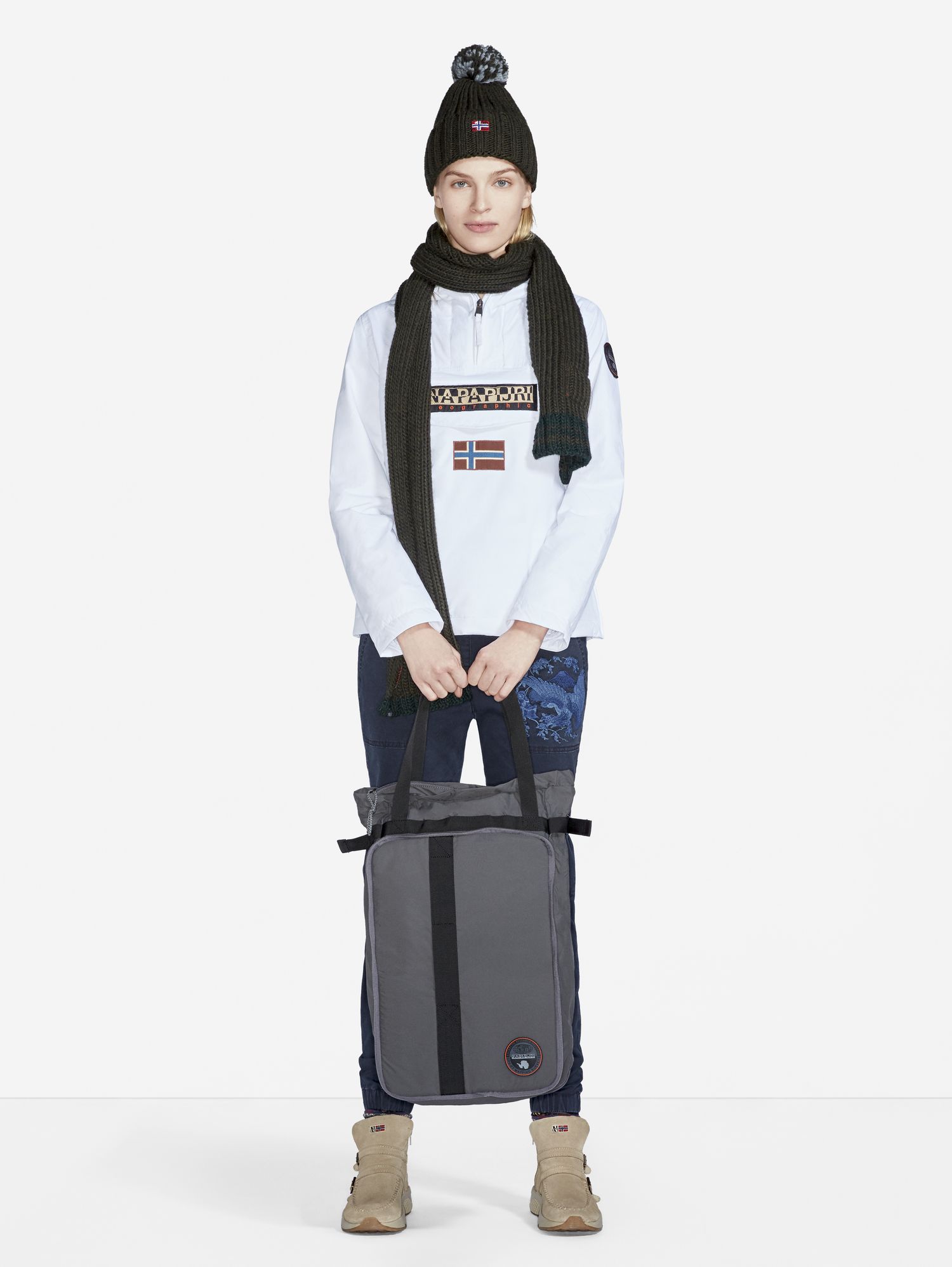 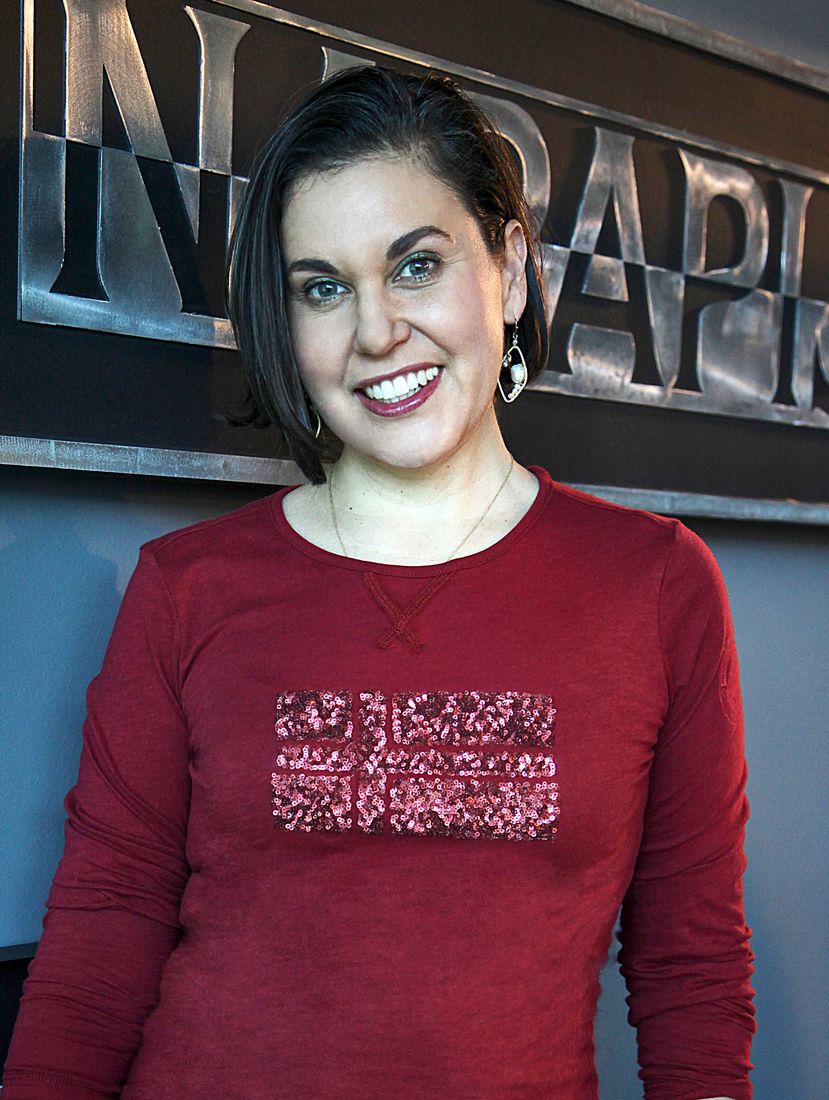 Napapijri VP Kathy Hines: “Napapijri has an equal affinity with city and mountaintop.” 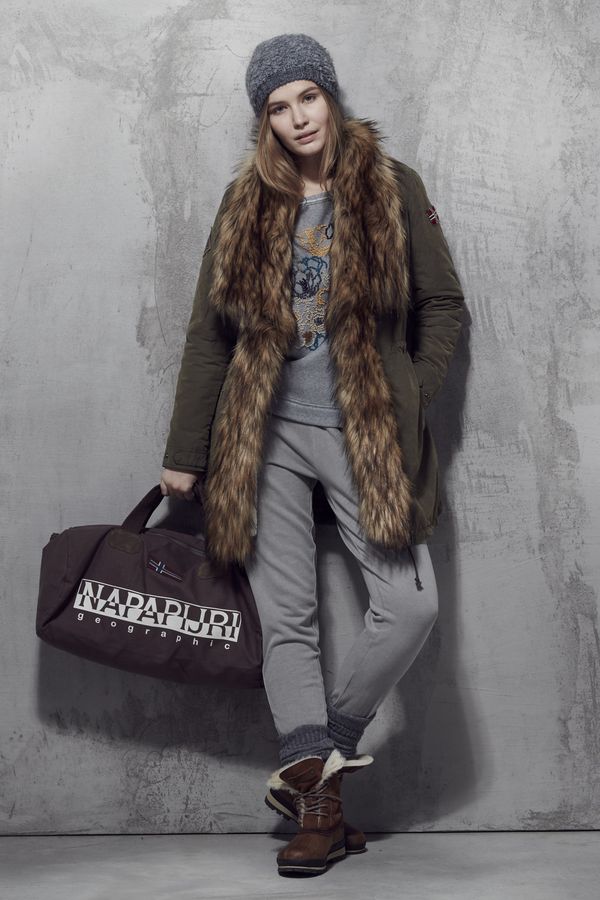 Napapijri launches eco-strategy and teams up with Copeland