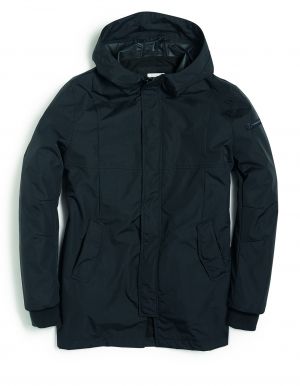 During the January 2017 edition of Pitti Uomo, Italian footwear brand Lumberjack launched WE by Lumberjack, its new outdoor jacket line.

The new collection offers a limited selection of three layer jackets that can be matched according to a Modular Jacket System. Each of them can be worn alone or together with the others according to temperature, weather and occasions.

“Consumers are travelling much today for work and fun, through physical places but also through the web,” commented Andrea Vecchiato, CEO, Lumberjack. “Their consumption is always updated and follows trends, but is also done very independently. When choosing what to buy and wear they are always looking for a balance between quality and affordability, and – above all – comfort because they want to feel at ease on every occasion. These are the needs that WE by Lumberjack wants to satisfy.”

This new jacket selection is made up of pieces that retail between €90 and €140. Colors and silhouettes all match together. This jacket line also completes the selection WE by Lumberjack footwear and travel bags, all inspired by the same elements and launched six months ago.

The new apparel line will initially be tested in Italy and later also in foreign markets through a selection of stores – partly the same ones that also sell Lumberjack footwear. The footwear line is now sold at 300 multibrand stores in Italy, to become 500 by 2019.