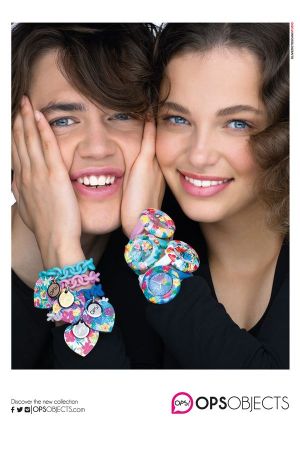 Ops Objects: New products & expansion to the US and Germany

by Maria Cristina Pavarini — February 16, 2015
Ops Objects, Italian colorful plastic and silicon jewel brand, will launch a line of glasses and a bag model inspired by the same fun and lively philosophy as its accessories.

The new selection of products will be available from April 2015. “We had already launched two collaborations a year ago for a sneaker model with Superga and a glass model with the Australian eyewear brand Quay,” comments Luca Giglio, owner of the brand founded in 2010, registering sales of €20 million in 2014 (stable when compared with 2013).

At present the brand is sold to 80% in Italy through 2,500 stores. It is also distributed in 15 countries, including Southern and Central America, France, Spain, Portugal and the UK. By March 2015 it will also launch in Germany where it aims to reach about 600 stores by end 2017. A further launch in the US is also planned for March.

In order to reach greater international visibility for s/s 2015 they launched their second ad campaign shot by Oliviero Toscani a few days before Valentine’s Day (also see our interview with Toscani).