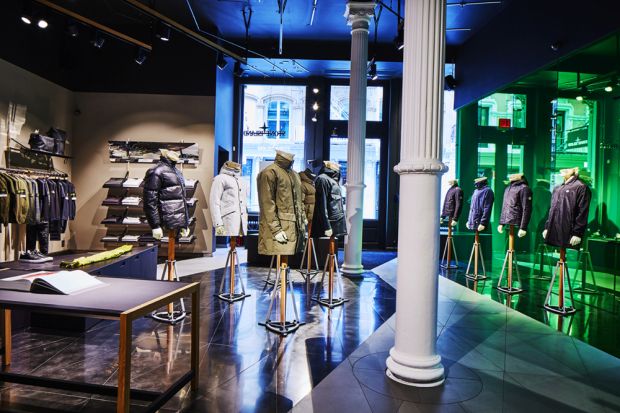 That same location has hosted the exhibition “Reflective Research '992 – '015”— last autumn. The about 325-sq.meter space has then undergone a significant architectural renovation to create a particular Stone Island environment aimed at presenting both Stone Island and Stone Island Shadow Project collections, as well as special and exclusive products and installations to be hosted in its dedicated Hub presentation space. 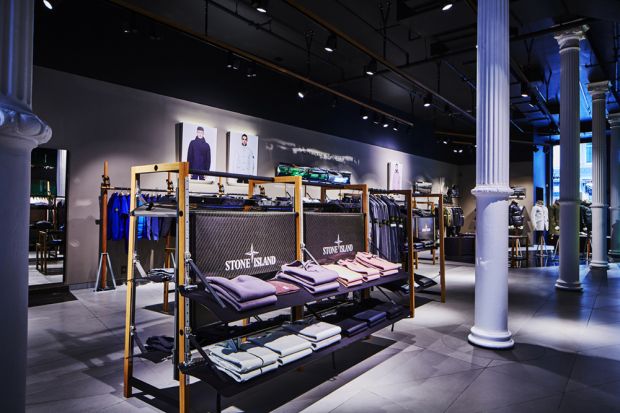 The Stone Island store concept was developed in line with the brand’s philosophy, both as an object of design and a container of products. Developed in partnership with Marc Buhre, an industrial designer from Heidelberg and founder of the architecture studio Zeichenweg TM, Stone Island New York fuses the location’s quintessential SoHo high ceilings and structural columns with Stone Island’s customary fixtures and fittings constructed from innovative materials such as Dibond, carbon fiber, fiberglass and colored glass walls. 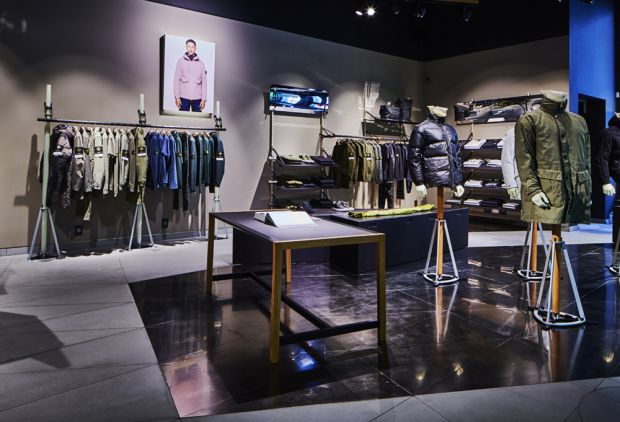