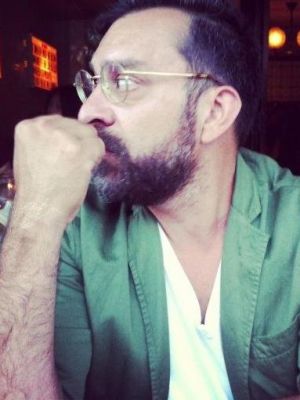 It is with profound sadness that Sportswear International shares the news that Max Jason Padilla, a talented, tuned-in, dedicated and longtime journalist and publicist in the Los Angeles fashion scene and a member of the SI editorial family from 2004 to 2008, unexpectedly passed away in his beloved City of Angels last week at the far too young age of 46.

Max began his work with us in our LA office as a publisher’s assistant and quickly transitioned to a highly motived and prolific freelance writer, correspondent and editor whose stories about the West Coast’s burgeoning premium denim sector, then emergence as the site of an increasingly important and influential fashion week and general hotspot of trendiness and cool provided in-depth insight to the important goings-on there. Always a passionate advocate and supporter of his hometown and its creative community, he served as managing editor of our special LA-themed Sportswear International News supplements, many of which he seemed to have tirelessly and cheerfully penned and edited nearly single-handedly. In addition to his dedication and drive, Max’s natural warmth and terrific sense of humor always made it a pleasure to work side by side with him when he visited our head office in Europe to finalize the publication of those titles.

His always-stellar coverage of fashion and lifestyle also appeared in impressive outlets including The Los Angeles Times, WWD and The Huffington Post, among others. “He was a fixture in the LA fashion community,” remembers N. Jayne Seward, who currently serves as one of our West Coast contributors.

In more recent years Max, a 1995 graduate of the University of California at Berkeley with a degree in English and literature, focused more on PR and event planning and helped support a wide group of clients from Imperial Barber grooming products to a bevy of local designers and brands. Raan Parton, the creative director and co-founder of the label Apolis, a brand Max worked with closely, says: “Max was an incredible people person, and his loss is a true loss for the Angeleno community. His warm personality was known and loved by all who had the pleasure of working with, or knowing him. His cultural curiosity I think is what first led him into journalism and his passion for storytelling really evolved as he worked with many national and international brands to help them find their identity, voice and place. Max was incredibly gifted at connecting the dots between friendships and brands to the people that they might not have found otherwise without him. It’s a true loss to the global creative community and in Los Angeles a quiet culture maker is gone.”

Max’s husband, parents, sister and a vast group of friends survive him. A memorial service honoring his life was held on Saturday in LA.

“Max was an all-around nice guy and a great journalist and publicist,” adds Seward. “He will be missed.”