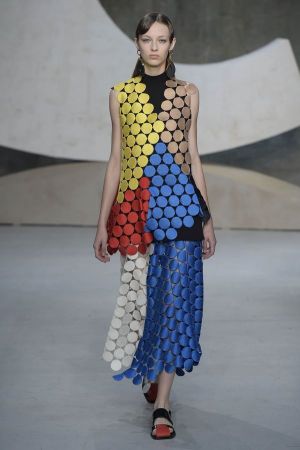 by Maria Cristina Pavarini — November 24, 2015
Fashion group OTB has become owner of the entire capital of the Marni Prêt-à-Porter brand. As explained by the group that owns a stable of fashion and Prêt-à-Porter brands, including Diesel, the acquisition is a natural completion of the process which started in February 2013 with the acquisition of the majority stake of the brand created 20 years ago by Consuelo and Gianni Castiglioni.

Consuelo Castiglioni will stay on as creative director and Gianni Castiglioni as president of the Marni Group. Ubaldo Minelli, an experienced executive of OTB and already CEO of Staff International, has been appointed CEO of Marni Group:

“Marni is a key pillar of our group. A brand that fully reflects our vision of ‘alternative luxury’, with a unique creativity and an incredible potential of growth,” commented Renzo Rosso, President OTB. “These three years have been beautiful and intense, but the next ones will be as full of challenges, investments and achievements.”

Marni closed 2014 registering €130 million sales, and also expects to register a solid double digit growth by end 2015. This year saw several international events organized around the world to celebrate the brand’s 20th anniversary, as well as the opening of key flagship stores such as in Milano Via Montenapoleone, San Francisco and London.