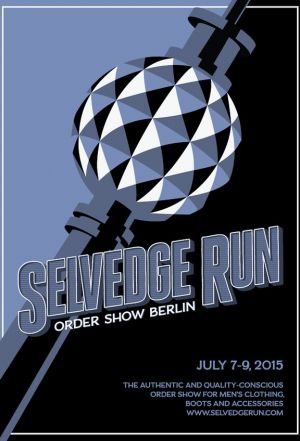 by Maria Hunstig — January 12, 2015
After the  abolition of Bread & Butter in its usual format and its L.O.C.K. / Fire Department area, a new Berlin trade show for authentic, heritage-conscious men’s clothing, denim goods, boots and accessories is in the making for summer 2015.

The team behind Berlin-based denim store Burg & Schild (that is Maria Klähn, owner of the Selvedge Online GmbH and Burg & Schild buyer Jörg Shane Brandenburg) has partnered up with Andreas Becker, co-owner of the Circus GbR which operates the the Circus Hostel, Hotel and Apartments in Berlin, to create the concept for ‘Selvedge Run’, which shall debut parallel to the other Berlin fashion trade shows from July 7-9, 2015.

The organizers are already finalizing a renting contract for an industrial-style location close to the river Spree, which shall house 30-40 brands on ca. 1,200 sqm plus outside spaces. As explained by Jörg Shane Brandenburg, the show wants to cooperate with the other Berlin trade shows, for instance by installing (boat) shuttles to Seek and Premium. 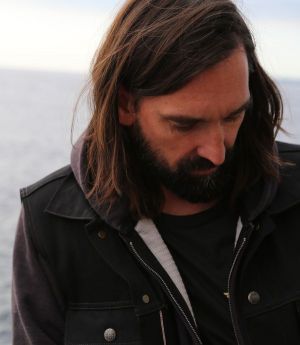 Jörg Shane Brandenburg, one of the organizers behind Selvedge Run
According to Brandenburg, the idea to initiate a new Berlin trade show for authentic, quality-conscious brands with a handicraft-spirit, arose in summer 2014, when Karl-Heinz Müller revealed his plans to move his trade show Bread & Butter to Barcelona.
“We want to close the gap that has arisen in Berlin for the brands of our segment and have already experienced a great feedback. Selvedge Run will focus on work not on parties and will offer a good price-performance ratio to make it attractive also to US and Japanese brands to exhibit here.”

Selvedge Run wishes to attract exhibitors from a brand portfolio that is defined by names such as Red Wing, Tanner Goods, Stetson, Filson, The Real McCoy’s and many smaller handicraft-labels.

Next Tuesday (January 20), during the Berlin trade show days, the organizers of Selvedge Run will host an evening event in Berlin for invited brands, buyers and press to reveal more information about the show.