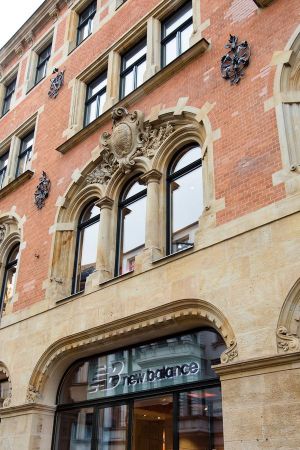 Facade of the store in Berlin's Münzstraße
Stories

New Balance wants to become No. 3 / kicks off retail expansion

The openings marks the kick-off for a rather aggressive store expansion strategy that the sports brand is betting on: over the next five years, New Balance plans to open up 50 stores in top locations across Europe, as Fran Allen, New Balance’s Vice President EMEA, explained. “We have a store planned on London’s Oxford Street, one in Milan, two in Barcelona, two in Madrid and in other cities where we haven’t yet figured out the locations yet. We think it’s the right to do for the brand to be able to showcase the entire line”, said Allen.

However the Berlin store doesn’t totally fulfill this – yet. On a sales area of 350 sq. meters, the store showcases performance shoes and apparel on the ground floor and lifestyle products, especially New Balance’s sought-after Made in USA and Made in UK sneaker models, on the first floor. To fully display not only the brand’s running, but also its growing football and tennis lines, the store shall prospectively be extended by another additional space on the first floor, as Jürgen Konrad, New Balance’s Country Manager Germany, explained. 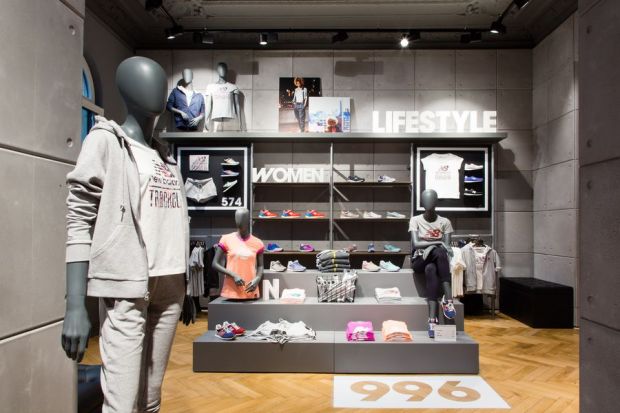 Women's lifestyle corner inside of the store

The store is located in a beautiful 1891 building on the popular Münzstraße in Berlin’s Mitte district, which for Allen offers the perfect blend of trend-driven customers and access to running trails.  The interior concept has been developed totally new for the European market. “We recently hired a global visual merchandiser who came to Berlin and sort of blew up our original plan - which delayed our opening by a week – but really did a nice job”, Allen said about the design. New Balance’s Berlin store exhales a light, apartment-like atmosphere featuring lots of light grey paint, clean displays and video panels. 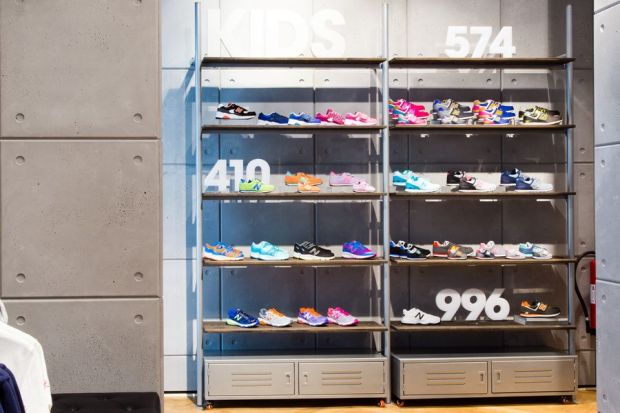 The store showcases a clean and modern interior design

Around a year ago, the New Balance board communicated its aim to become the number three sportswear brand worldwide (after Nike and Adidas). One of the brand’s main measures to get there is pushing its apparel business – right now the company is making around 95% of its sales via footwear. According to Fran Allen, New Balance expects to continue its growth (15% per year over the last five years globally and 30% per year in EMEA over the same period). “It looks like we’re continue to growing on a very fast pace, so that we’ll be doing 1 bn Euro [annual turnover] in about three years in EMEA. Globally, we’ll be at 6.5 bn by then – hopefully, if everything goes to plan”, he said.


On occasion of the opening, New Balance released the limited 'Berlin 998' sneaker, featuring the capital's mascot, a bear. 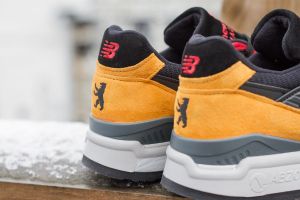 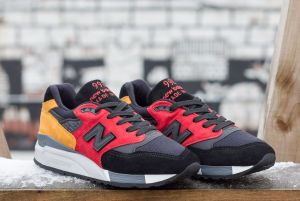 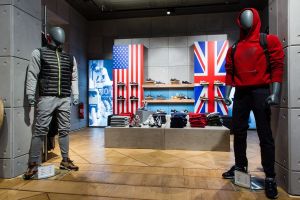 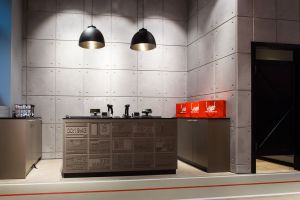