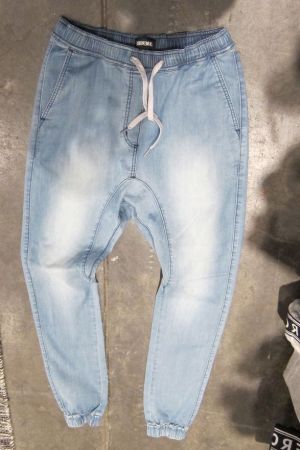 by Christopher Blomquist — January 21, 2015
Agenda once again proved itself to be the liveliest and loudest of the bunch on the New York trade show roster. Running Monday and Tuesday at the Javits Center, the get-together for those in the streetwear, action sports and lifestyle and fashion sectors featured more than 200 exhibitors, packed aisles on Monday and a scene that often seemed more social than business-driven. For example, the crowd the Burton booth appeared to be more interested in the free tap beer that was flowing there all afternoon versus the actual merchandise. 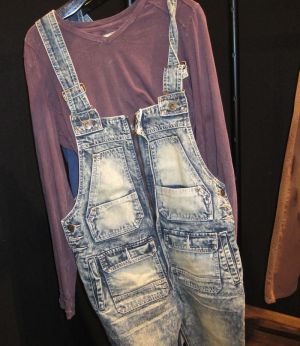 Grindhouse denim overall
Numerous brands, including 10 Deep and Memphis-based Grindhouse Denim, were still showing spring 2015 pieces and immediates, opting to launch their fall styles at Agenda Las Vegas next month. Grindhouse, along with the newly launched Rocawear Blak and Embellish, offered an assortment of highly destroyed and repaired denim pieces; clean and raw is clearly out of favor in the skate world at the moment. Jog-style jeans and pants continued to be popular at Australian brand Zanerobe, which offered them in numerous washes, colors and fabrics.

Shoes and accessories were other key items. Bags, hats and shoes were covered by such well-known names as Converse, Vans, Flexfit, Brixton  and Herschel Supply. 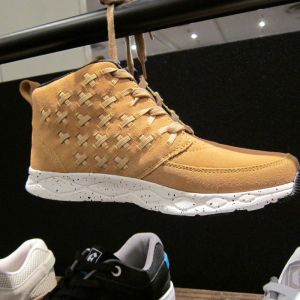