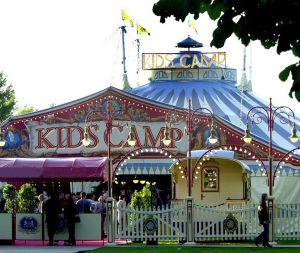 NO KIDS CAMP AT BREAD & BUTTER IN JANUARY

by Susannah Carey — October 22, 2010
The next edition of Bread & butter from Jan. 19-21, 2011 will take place without the Kids Camp. The reason for this is the weak exhibitor response for the project. So far, only around 40 brands have confirmed their participation and several important brands have not yet confirmed or cancelled. Therefore, organizers cannot assume that they would be able to create a strong event in January.

Managing director of Bread & butter, Karl-Heinz Müller, said: “Despite our cancellation for the January 2011 event, I don’t want to turn my back on the subject of kidswear – I want to continue working on it, as I still believe in the project.” Furthermore, he admitted that the overlapping date with Pitti Bimbo is a problem and that the pricing, scheduling and the location of the event would have to be reconsidered. According to Müller, a revised concept will be presented at a convention in Berlin at the end of November/beginning of December. “If there’s still going to be an independent kidswear tradeshow separated from Bread & butter, as originally planned for 2012, we do not decide right now,” Catharina Berndt, Manager PR & Communication at Bread & butter, said.

Bread & butter launched the Kids Camp in the summer of 2010 with an elaborate installation with 45 brands exhibiting in original Roncalli circus tents. The debut was judged as successful by organizers because of positive feedback from both exhibitors and visitors. Therefore, the next logical step fro Bread & butter was to significantly increase the number of exhibitors for the event in January of 2011.