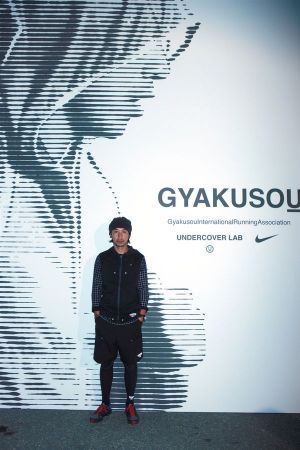 by Paul McInnes — November 03, 2010
Designers’ lives and interests outside the atelier are having a more influential role in the apparel and accessories we are seeing in-store. From designer parents like Stella McCartney designing childrenswear to creators interested in street/sportswear such as Jeremy Scott designing for Adidas and Alexander McQueen and Miharayasuhiro for Puma. The partnerships between high fashion and childrenswear and sportswear appear to be an ongoing phenomenon. The latest is a sportswear collaboration between Nike and Japanese brand Undercover led by enigmatic designer Jun Takahashi.

Takahashi, a keen daily runner for the past few years, has created a performance running line named Gyakusou (which means running the wrong way in Japanese). The designer who is part of Team Gira, a Tokyo-based running team who like to run anti-clockwise round Tokyo parks rather than the orthodox clockwise route, has created a line of jackets, pants, T-shirts and running shoes which is more about function and less about the champagne and glamour of high fashion. 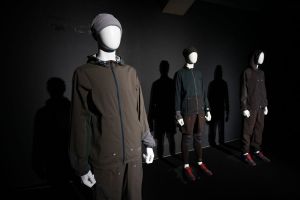 Nike meets Undercover
Nike provides the cutting-edge, innovative materials while Takahashi designs the line in subtle and simple tastes and colors. With the emphasis strongly on functionality, the line makes good use of ultra-high-tech materials such as Dri-FIT sweat-off panels, soft material on the end of one arm for wiping sweat from your face, and a handy watch window on the Fabric Mix Jacket, not to mention strategic seam placement and multi-pockets so objects don’t hit against each other cutting down on noise and obstruction. 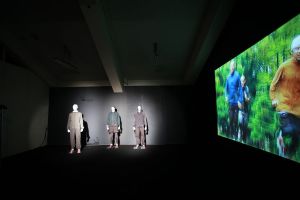 Nike X Undercover opening-event in Tokyo
To celebrate the opening of the collection, Nike and Undercover threw a huge event at the Kokuritsu Kyogijo stadium in downtown Tokyo with Japanese It-girl and DJ Mademoiselle Yulia, rock band The Okamotos and a running event featuring teams representing various companies and apparel firms including Takahashi’s Team Gira.

In Japan, Gyakusou is available from the Undercover Aoyama store, Nike Harajuku, Nike Fukuoka, Nike Osaka, the Kichijoji Nike Store, and Kyoto Nike Store, in addition to selected international locations. The collection can also be seen in the installation/exhibition “I Run Tokyo” which runs until November 14th at Nike Stadium in Tokyo’s sophisticated Nakameguro district. The event also offers a Gyakusou customization service.