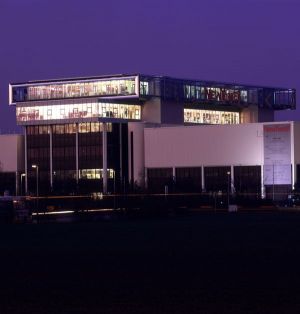 by Maria Hunstig — November 15, 2011
During the past week, German retail chain New Yorker has opened another six shops located in France, Poland, Serbia, Slovakia and Switzerland and thus now operates more than 900 own stores in 32 countries. Within the year 2011, New Yorker has already opened more than 200 branches of which 18 are located in Germany, 9 in Poland and 8 each in Russia and Serbia. Another 19 stores are going to be launched until the end of the year.

The retailer reported that it will hold on to its expansion pace also in 2012 and that 100 additional openings in 23 countries including the launch of its 1,000th shop are already firmly planned. New Yorker’s total international sales floor currently sums up to 649,000sqm, of which about 30% account for the German stores. Most of the recently opened shops have a size of 600 to 1,000sqm, although the retailer generally wants to focus on larger properties with more than 1,000sqm. At present, the biggest New Yorker shop is the flagship store in Braunschweig, where also the company’s headquarters are located. It was opened in 2008 and stretches over 3,000sqm on five floors.