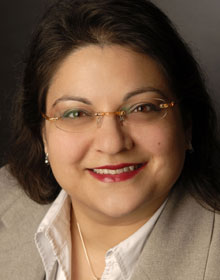 — February 17, 2010
International exhibitors from the most important manufacturing centers for garments, shoes and accessories have found a new platform to present themselves to professional buyers from all over Europe.

The new trade show, United Sourcing, bridges the gap that was left by the sourcing-event Global Fashion, which was shut down by its trade fair organizer Igedo last year. The first United Sourcing will take place in Hall 3 of the Essener fairground from Jul. 25-27, 2010.

Taking place at the same time as the fashion fair CPD in nearby Düsseldorf, it will also serve the interest of fashion buyers. The host and investor of the new platform is the London Ocean Media Group, which bought the Essen-based bridal fair “Modatex” in 2007 and has been hosting the expanding lingerie and wellness fair, 5 elements.berlin. Its project leader is Indrani Dutt, who formerly worked as a project manager for Igedo/Global fashion.

“During the last month I have been asked by many a producer, where they could exhibit their products now, where they could get in touch with their clients and could gain new clients. Thus, the first responses following the announcement that there will be a new German sourcing platform in July were quite positive,” Dutt said.

Crystine Li, project manager of Chinatex Advertising & Exhibition Corp. in Beijing, China, added: “Germany and the whole of Europe need fashion sourcing from China. We are happy to know United Sourcing will build up the platform for manufacturers and buyers. And we will support United Sourcing with all our strength.”

Organizers will offer a free shuttle service between Essen and Düsseldorf as well as a special hotel package with special rates.