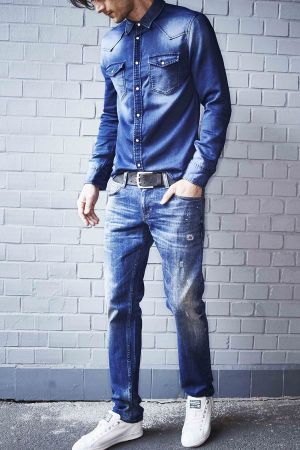 Mustang sets the basis for growth in Turkey, France and Spain

by Lorenzo Molina — February 05, 2016
Mustang has taken a few steps to leverage the business growth in foreign markets like Turkey, France, Spain and Portugal during the forthcoming years. Thus, the denim brand has extended the license agreement with Gözalan Group from January 2016 until December 2020. Gözalan already distributes Mustang in Turkey since 2013 and markets the brand’s collections in 250 POS, in a country that delivered a turnover of five million euros only last year. Further monobrand store openings and bulk advertising is planned.

In France, Mustang is distributed by Agentur Company Group since last January to cooperate closely with the French retail and to tap the full potential of this market for the label. This organization will also operate Mustang’s Parisian showroom in Rue Danielle Casanova, which until now was integrated in the brand’s own sales structure.

After a deal with a former partner was drawn to a close last fall, Mustang is teaming up with Promocion Moda in Spain, a wholesale agency with over 30 years of experience, distributing brands like mbyM, Camel Active and Burlington. As a novelty, Promocion Moda is taking over Mustang’s distribution in Portugal with immediate effect.