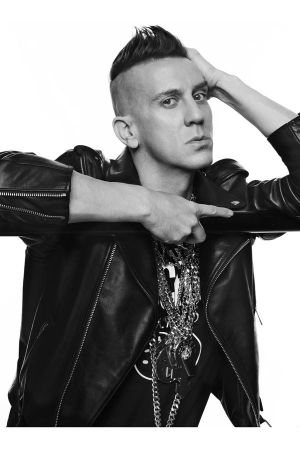 The menswear guest designer of Pitti Uomo’s next edition will be Moschino. Within the show, Pitti Uomo will host the brand’s first runway show featuring men’s fashion since Jeremy Scott took over as creative director.

“In Jeremy Scott’s collections, we see the humor, the irreverence, the tendency to explode myths, and the manipulation of pop iconography – all that we knew to be part of Franco Moschino’s spirit and designs,” commented Raffaello Napoleone, CEO, Pitti Immagine.

For this same edition, Thomas Tait, the London-based Canadian fashion designer, will be the womenswear guest designer. Tait, who is twenty-seven years old, graduated from Central Saint Martins and won the LVMH prize in 2014.

“Thomas Tait’s shows at London Fashion Week have become ‘not to be missed’ events. We like his coherence, sartorial skills, unexpected shapes and dry devotion to design,” commented Lapo Cianchi, director of communications and events at Pitti Immagine.

The Fondazione Pitti Discovery will present “Il Signor Nino”, the first exhibition dedicated to Nino Cerruti, one of the leading figures in the Italian men’s fashion scene for nearly fifty years. The exhibition is curated by Nino Cerruti himself and journalist Angelo Flaccavento.

The Pitti Uomo 88 designer project will be Carlo Brandelli, refined Anglo-Italian designer and creative director of Kilgour, who will be making his Italian debut.