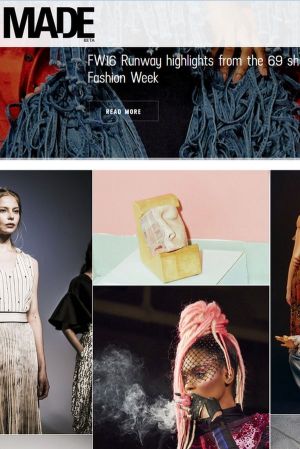 Made LA to be launched in June
Stories

by Rebecca Cringean — April 20, 2016
Los Angeles has the celebrities, the famous red carpets, the moviemakers, young Hollywood, designers and every sort of creative type imaginable. And we are responsible for most of the world’s denim and a whole load of apparel trends. Because of all this, no one has ever really understood why LA isn’t a fashion capital, with runway shows to rival New York, Paris and Milan or certainly, at least, London. Mercedes Benz Fashion Week came to LA all those years ago and everyone said that the City of Angels would come into its own. And then MB quietly left. Since then, any sort of “fashion week” became up for grabs in LA and every debutante with her daddy’s money said she’d be the one to save us. But Los Angeles never seemed all that interested in a traditional fashion week. We’re a business fashion city after all.

And LA is at it again. Made, famous for their international artist events merging music, fashion, artists and designers is launching MADE LA this June and they’re not doing it quietly. They open with a bang, with two shows, one by Moschino, headed up by the city’s own Jeremy Scott and another by Gang Wolf, a line by hip hop star Tyler, the Creator. The two-day event will also showcase “The Stores,” a collection of work by over 30 designers and artists.

Will MADE usher in a new, glitzier era for LA fashion? Remains to be seen but there’s finally some momentum to build on and designers worthy of getting the attention of the city’s rather jaded fashion press and public.
MADE LA runs on June 10&11, 2016, in Los Angeles, CA.