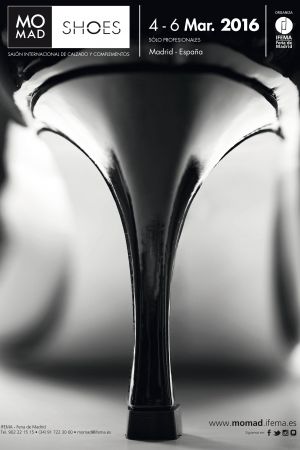 by Elena Reudenbach — November 12, 2015
International footwear and accessories trade show Momad Shoes has decided to alter the dates of their first edition and will now run from 4-6 March 2016 at Feria de Madrid.

According to the organizers, this change was made due to the potential exhibitors’ general opinion that they would prefer the trade show to take place over the weekend.

The first edition of Momad Shoes, organized by Ifema, will be held separately from the multi-sector trade show Momad Metrópolis to give the footwear sector its own space.
The organizers hope for the participation of more than 400 footwear and handbag brands as well as a significant number of national and international buyers from over 70 countries.