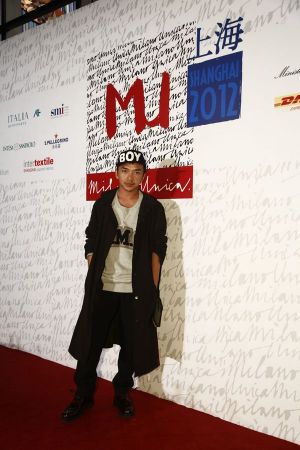 by Maria Cristina Pavarini — October 29, 2012
Milano Unica China Reports 50% More Visitors The second edition of Milano Unica China, which took place at the Pavilion of Italian Textiles and Accessories at Intertextile Shanghai from October 22-25, has come to a close. The sub-tradeshow registered 50% more visitors than its first edition, held in Beijing in March 2012, registering over 3,000 visitors. The majority of the 124 participating textile exhibitors were satisfied with the results.

Silvio Albini, President of Milano Unica, remarked: "We’ve introduced a lot of companies to China, including smaller ones that face this market for the first time. Above all, we’ve designed a model for presenting our textiles with an elegant décor, a select audience, attention to detail and exclusive services, demonstrating not only a long-term marketing model, but also the concept of the Italian lifestyle itself.” The event was organized in collaboration with ICE, the Italian Agency for Foreign Trade that promotes the internationalization of Italian businesses.

Designed as part of Intertextile, the world’s largest textile trade fair, Milano Unica China was promoted by Messe Frankfurt and CCPIT TEX (the Sub-Council for the Textile Industry by the China Council for the Promotion of International Trade). Fully aware of the fact that the Chinese market needs to be approached with long-term strategies, organizers signed a memorandum of intent with the two sponsors with the aim of extending their partnership until spring 2015 (find out more on the details in Sportswear International's earlier coverage).

On the evening of Tuesday, October 23, the Shanghai Italian Centre, which hosted Italian participants in the Shanghai Expo of 2010, was the setting for the On Stage Project fashion show. The On Stage Project’s goal is to serve as a bridge between Italy and the new China, bringing together three Italian stylists (Marco De Vincenzo for womenswear and Andrea Pompilio and Camo for menswear) and three Chinese designers (Huishan Zhang for womenswear and Vega Zaishi Wang and Xander Zhou for menswear) chosen for their ability to reinterpret local styles in an original way.

Over 1,500 people attended the event, including celebrities from Shanghai’s art, culture and celebrity circles. Albini stated: “On Stage is a showcase for tomorrow’s designers and a way to build, fair after fair, genuine operative collaborations combining the excellence of Italian-made textiles and accessories and the most talented young stylists worldwide.”

The next edition of Milano Unica China will be held in Beijing between March 27- 29, 2013.