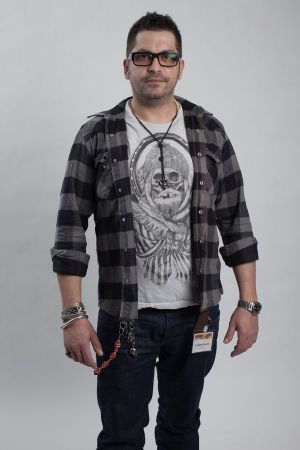 by Maria Cristina Pavarini — November 22, 2012
Meltin’Pot has named Leopoldo Durante as its new creative director, coming to effect for the fall/winter 2013/2014 season. Durante is a denim expert and consultant who has collaborated with designers such as Rick Owens and Alexander McQueen and co-owns and designs his own premium denim brand called Care Label.

Augusto Romano, president and owner of Romano, which oversees the Meltin’Pot, stated: “I’ve known Leopoldo Durante for many years and I know his background and how he works. I believe that he’s the man to put Meltin’Pot in the right direction for its next evolutionary stage.” The brand’s new course will be presented during Pitto Uomo at Florence’s Gerard Loft in January, when the prestigious store will dedicate a shop window to the brand's new KLSH capsule collection.

The new Meltin'Pot collection will continue to focus on a more contemporary denim attitude and on a selection of generally more regular fits with about 300 pieces for both men and women. The 50-piece KLSH collection will also offer 20 B-Side newly redesigned and reversible garments.