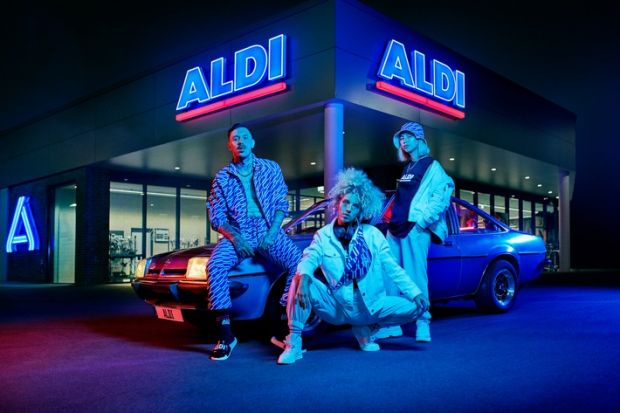 Are you team Lidl or team Aldi?

by Sabine Sommer (formerly Kühnl) — September 15, 2020
Discount supermarket chains have been offering clothing for a long time, and collaborations with celebrities or influencers are also on offer there. What's new, however, is the marketing stunt that Aldi and Lidl are currently performing with their in-house "fashion" collections. This week, they both launched their streetwear-inspired lines, which blatantly want to be 'cult'. When it comes to distribution, however, the German retail giants rely on different concepts. 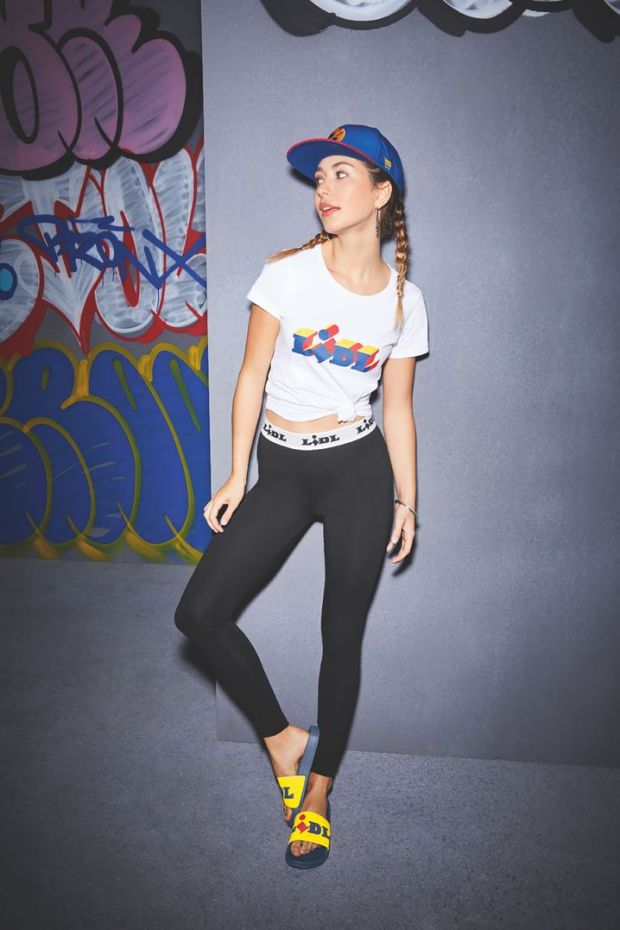 Photo: Lidl
Look by Lidl
Lidl
The German discounter Lidl has been selling its fashion line in its stores and online since yesterday. The fashion line is fully based on the logo trend and has been teased out via flyers and social media. The assortment ranges from T-shirts and caps to leggings. Prices start at €1.93 for sports socks and go up to €19.39 for sneakers. The latter was the actual trigger: last year, Lidl announced the launch of its own sneaker in an April Fool's joke. The whole thing met with such a positive response that in the end a limited edition sneaker was produced and raffled off or sold in the online store for just under €20 due to the high demand. 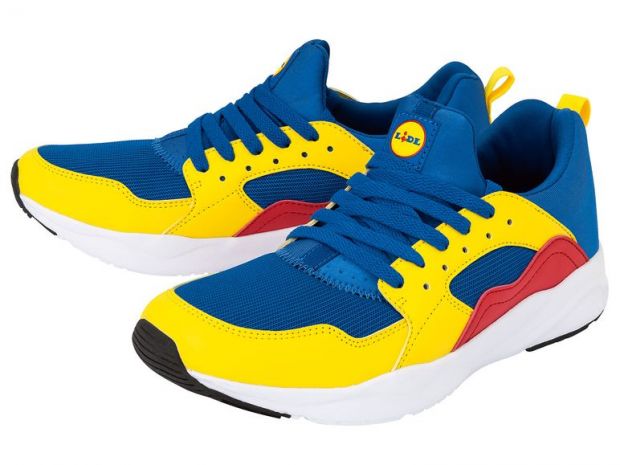 Photo: Lidl
It all started with Lidl's sneakers...
Aldi
For Aldi (or to be more precise Aldi Nord, one of the two separated group parts), the launch of its own fashion collection, 'Aldi Original', is a true premiere. The look and feel with a logo design – based on Aldi Nord's blue and white striped bag – is the same as rival Lidl's approach, but the distribution is different: the limited collection is not available in stores. Parts of the collection can only be purchased in various raffles on Aldi Nord's channels, naturally including an extensive social media campaign. 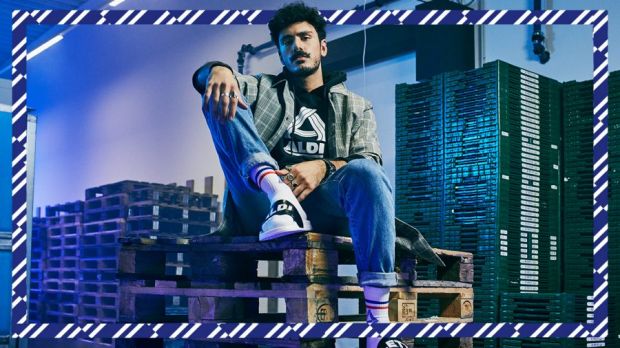 Photo: Aldi Nord
Look from Aldi Nord's fashion line
In addition, the collection will be presented during a pop-up exhibition from 17 until 20 September at the Warehouse Neuzeit Ost in Berlin. The collection includes hoodies, tracksuits, t-shirts, socks, swimsuits and also pool slides, the 'Aldi-Lette'. 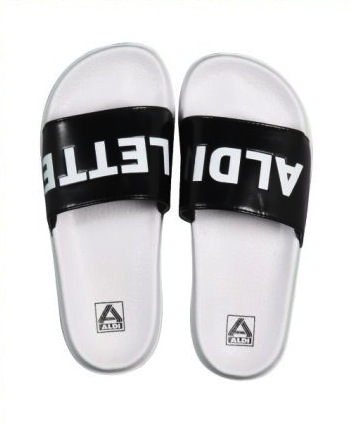 Photo: Aldi Nord
Aldi slides, 'Aldi-Lette'
"Fake or original – this question is posed today on many different levels and is more up to date than ever. With the campaign 'Aldi Original' we meet the heart of Generation Y in search of self-determination and attitude. Our campaign for the first Aldi collection ever as a mix of street style culture and a certain Ruhr area aesthetic is designed from the outset to be staged on social media and thus brings the Aldi Nord brand into the relevant set of the target group," explains Felix Schmidt, executive creative director, Territory Webguerillas, the idea behind the campaign.

And this is how both the Aldi and Lidl collections can be understood: as well staged and well calculated marketing actions. The fact that the aspect of sustainability so much conjured up by both discount chains falls by the wayside is a different story. 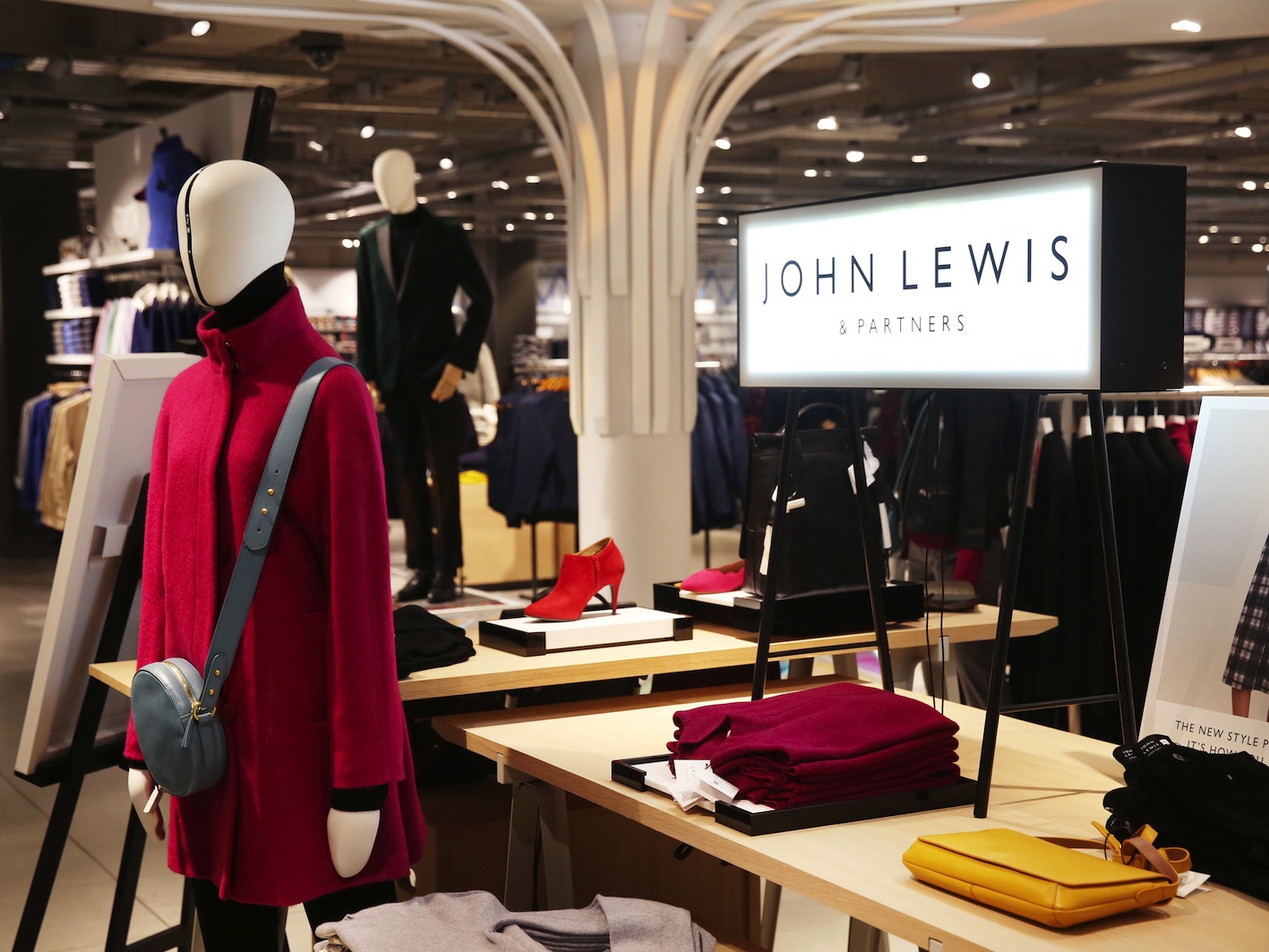 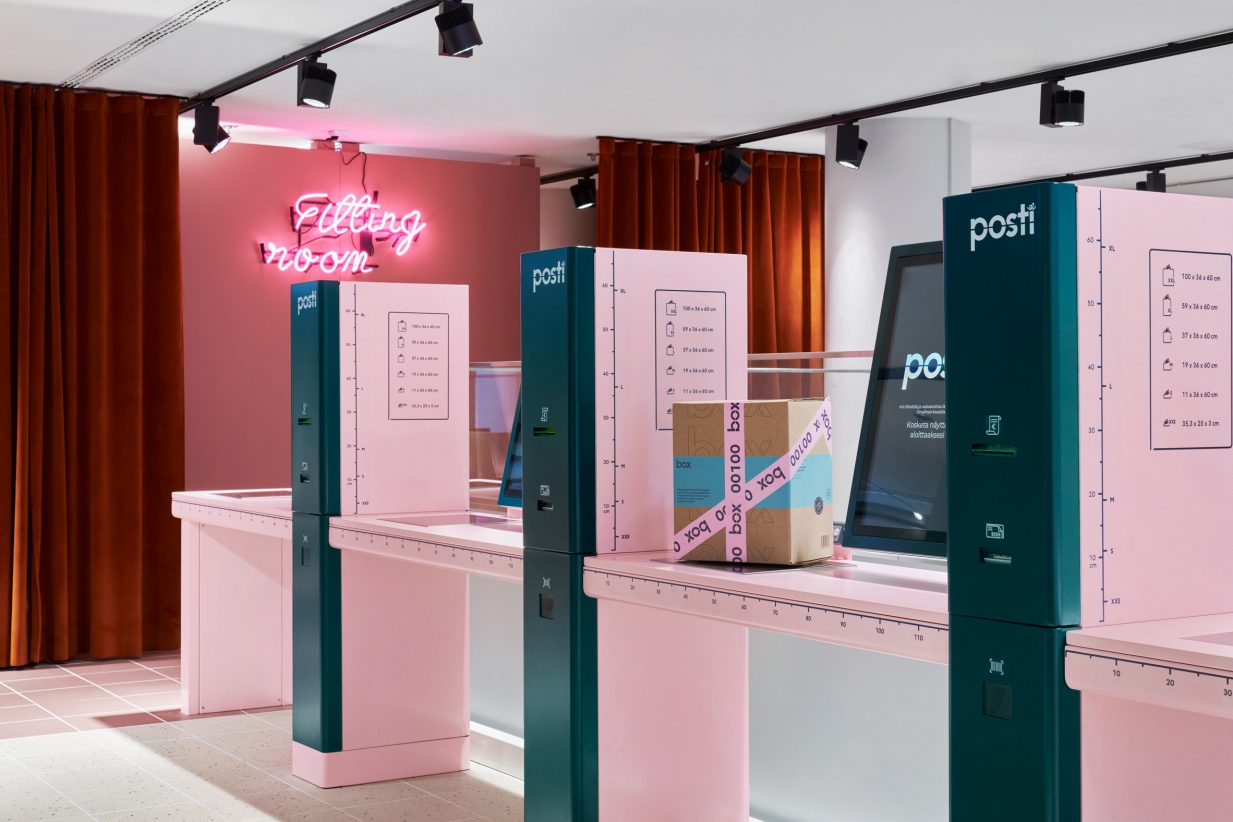 Why Finnish postal service has created a future retail space 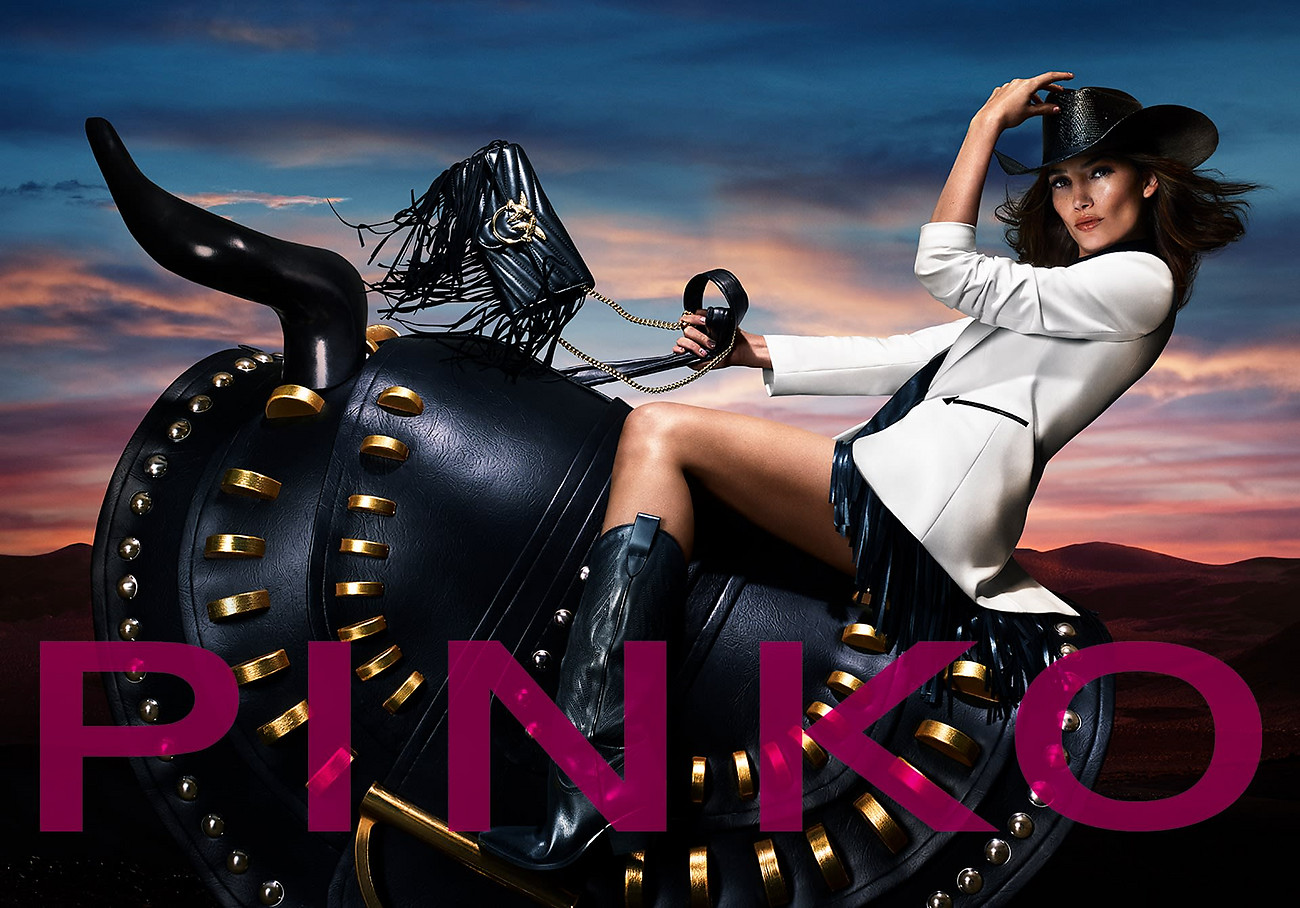 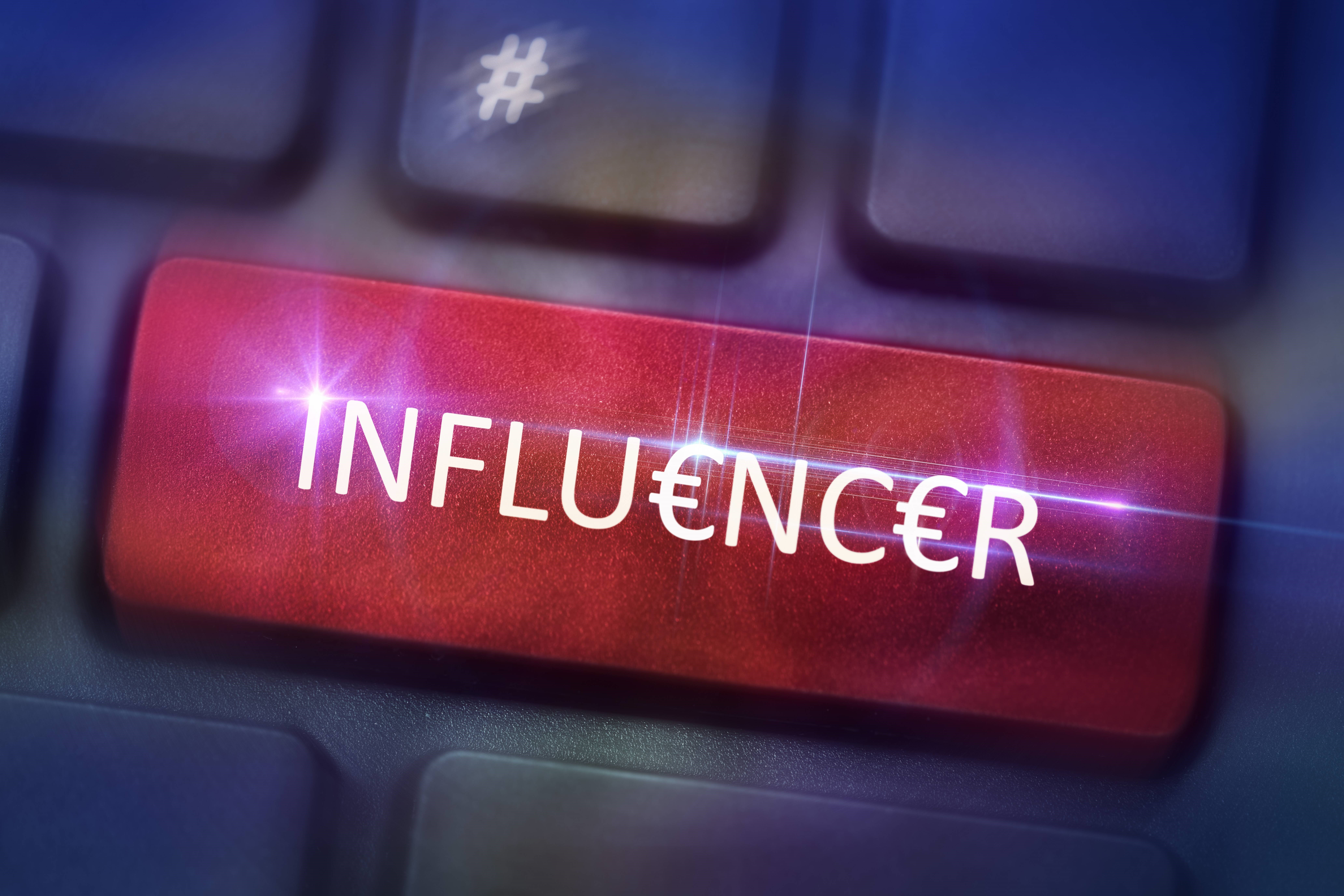 Influencer marketing: A ‘renewed spirit’ in the age of Corona