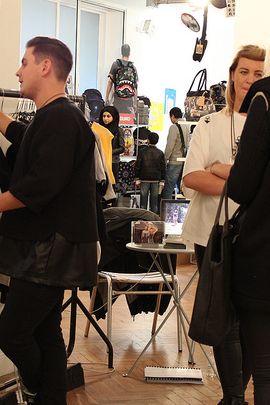 by Maria Hunstig — March 22, 2013
London-based streetwear and fashion trade show Margin is moving to a new venue. Its 24th edition will take place at the Olympia Exhibition Centre on August 4th and 5th, 2013.

In the past, Margin has been based in the district of Mayfair for many years but had no consistent show dateline for their August edition. The trade show’s decision to move is based on a survey that Margin conducted amongst buyers. 70% of the buyers interviewed stated they wanted Margin to run at the same place and time as the fashion fair Pure, which is also held at London Olympia. The other London shows (Scoop, Stitch, Jacket Required) all take place during different dates.

Margin’s new exhibition area will be larger than their former one and will enable buyers and press representatives to make a five minute walk from Pure to Margin without having to take taxis or public transport to visit the show.

"We're excited at the move to make the life of visitors easier, as well as the additional floor space we'll have to play with to fill with great new designers and brands" said Odysseas Constantine, the organiser of Margin London.
In the Westminster Suite at the Hilton London Olympia, Margin will once again host niche labels and up-and-coming talents. Amongst their previous exhibitors are well established names such as Obey and Gravis, as well as relative newcomers like Supremebeing, Dephect, Emily & Fin, Miyson, 1 in a 100, Worn Free, Chateau Roux, Your Eyes Lie, Sugarhill Boutique, King Apparel, Eastpak Apparel and Loreak Mendian.