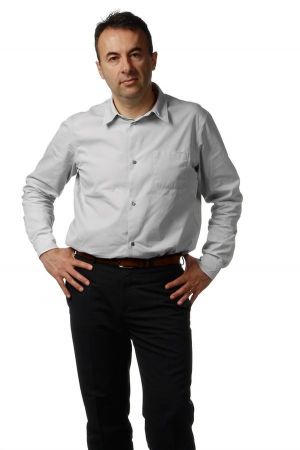 Can you describe how the website is structured and how it works? How did it originate?
I have worked for Yoox Group for five years and thought that by simply purchasing or making presents via the web it might be very anonymous and sad, similar as to solely adding a written message, for instance, like it happens when one sends flowers from a distant place. When delivering a written card, a simple text may sound very vague and far from those who are sending or receiving it. For this, nearly two years ago, I decided to find a system through which whoever makes a present can also upload 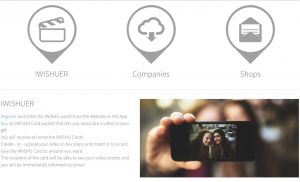 'How to' on the online platform Iwishu
a wishing video made with a cell phone. When they receive the present they can put their NFC-activated smart phone near the tag/card that carries the message. Therefore, they can watch the video on any smart device or, after entering a password and a code via computer, by visiting the iwishu.com website. In addition, the person who made the present also receives a message informing him or her that the package was opened and the video was watched. This can help making the two people involved feel much closer to each other.

When did you launch it and what was the initial reaction?
I had the idea to create the Iwishu platform in November 2013. In February 2014, I and my partners (Christian Nucibella and Giovanni Scardovi) founded the Iwishu SA company. Now anyone can access the platform, download the app through the Apple Store and Google Play and benefit from the services we offer through it.
The first tests were done in a Swiss post office. Most impressive was the feedback given by 20-40 year-old consumers who accepted the idea well and found it surprising and amusing. They also found that this cool idea was sold at a fair price (CHF3/€3). I think that they were mostly impressed by it because by adding this extra video element, especially when making an online purchase, it adds that extra physical emotional value that can be compared to touching the object, an aspect that is missing in online shopping.

To whom is it addressed?
According to statistics a significant percentage of purchases in the luxury market are presents – and up to 50% are women’s bags. For this, my idea was initially born for the internet world and related to the luxury market, but it can even be extended to any purchase type and also promoted for special periods of the year such as, for instance, Christmas time or special occasions, for instance after summer holidays, when people want to leave a special greeting for friends they met. And, in any case, every time one is closing a transaction he or she can also decide to add a more personal touch to that present and buy the tag through which they can share a unique video that fixes the emotion of that exact moment.

Can you describe in more detail who could buy or sell it and how it can be used? 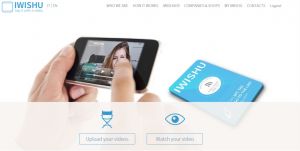 Screenshot from the website iwishu.com
This digital asset offers many omnichannel employs. First of all it can be offered both as a branded or unbranded product that one can also get when purchasing, for instance, in a physical store. It can be employed both as a B2C asset, for instance, to be bought by a consumer as a tool for making wishes to friends; it can also be sold by a retailer but also as a B2B tool for monobrand stores and brands in order to launch a new strategy or some new campaigns, providing extra information, promoting new products and other similar aims. It could also be used as a video-invitation, where you are kindly asked to RSVP within a certain day – be it a party, a show or an exclusive event. A brand can also employ it as a platform for pure communication aims such as, for instance, showing the consumer how a highly elaborate handmade product is manufactured and other similar uses. A brand can also get to know more about a customer by inviting him or her to become part of their community, by getting their e-mail address when registering and sending them new information about all of their initiatives.

What do you like best about this experience?
I think that the high emotional component that is tied to it is very important and some of these aspects are also conveyed through our homepage.

How important are social networks in this new project?
They are very important because sharing a video is a means for sharing emotions and increasing personal communication. The Iwishu videos can be shared through social networks and in other similar interactive actions. 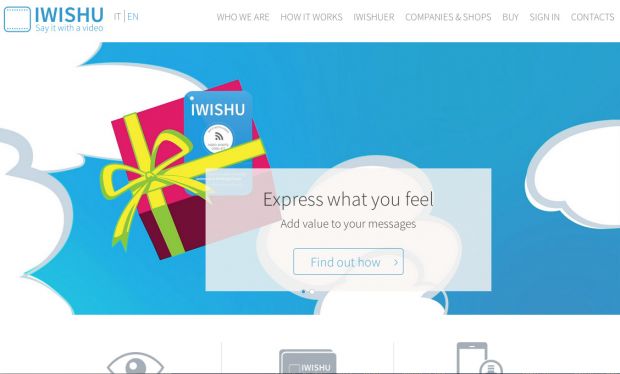