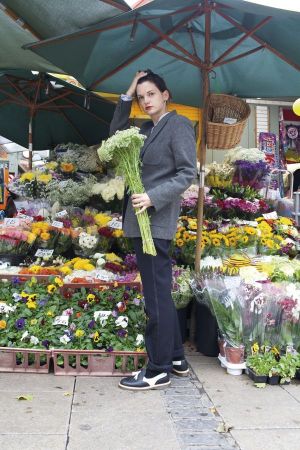 by Alexandra Spiegel — August 22, 2014
The British footwear brand Dr. Martens announced the appointment of Steve Murray as new CEO, starting October 2014, and Henrik Holmark as new CFO from the end of 2014. Current CEO David Suddens will become Non-Executive Chairman, after having been in the CEO position for 12 years.

Before, Steve Murray was working in the position of president of EMEA for Deckers Outdoor since 2011. Priory, Murray was president of VF Corp's Action Sports Coalition, responsible for the Vans, Reef and Pro Tec brands. Earlier in his career, Murray spent several years at Reebok, latterly as head of global apparel. Henrik Holmark has been CFO at Pandora since 2009. Formerly he was a partner at Ernst & Young Advisory Services and prior to that CFO at Zensys.

“They both have huge experience at building brands and will give Dr. Martens new impetus and a new perspective. The business has continued to grow strongly in the first quarter of this year, with group sales up 13% year to date, so there is a strong platform on which to build,” says David Suddens, designated CEO and non-executive chairman.