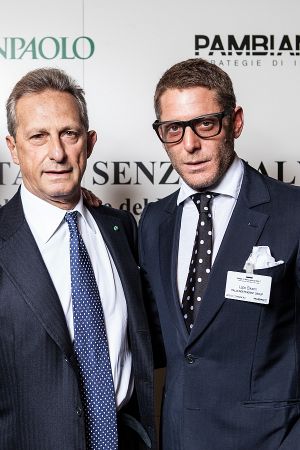 Made in Italy on the scene at Pambianco convention

by Maria Cristina Pavarini — November 13, 2013
Within the recent edition of the "Made in Italy senza Italy?" convention organized by the Pambianco consultancy company in Milan, some significant aspects - mostly focused on the Italian textile and apparel markets - have emerged.

According to surveys, studies and entrepreneur’s' opinions, the Italian apparel and textile segment continues to play a key role in the global luxury segment thanks to its unique DNA and know-how, despite the difficulties the system is facing.

According to a survey conducted by Pambianco, 27 Italian brands and companies have been acquired by foreign groups between 1999 – today, with a peak being reached this year. The total economic value of these acquisitions 1999 - 2012 was €9.222 million. Despite the negative appearance of such a trend, these acquisitions show the appreciation for the Italian supply chain and the possibility for it to continue its development and international growth.

The Italian luxury manufacturing industry remains significant due to the uniqueness of its products and its top-end know-how. 60% of all French luxury products are made in Italy. Moreover, the Italian total value generated by Italian manufacturing companies producing for others is about €2,200 million. This value represents an important step since it accounts for 15% of the final cost of a finished luxury good. According to estimates, a luxury item sold at €2,000 at retail costs about €800 wholesale and €300 at production. For this reason, Italy can be considered as “the China of luxury goods".

The event hosted different personalities and round tables. Among them were Brunello Cucinelli, Ferragamo's Michele Norsa, OTB's Renzo Rosso, Luxottica's Andrea Guerra and Italia Independent's Lapo Elkann. "We are artisans who became entrepreneurs. We are not focused on finance and acquisitions. We are rather industry managers, working through our own micro-enterprises," commented Brunello Cucinelli. "For growing I chose to go public. But I also want to train and educate the young. They bring new energy and guarantee us our future. For this we established professional schools in the town where I'm based."

Renzo Rosso, president OTB, sees things differently: "For creating a global holding I looked abroad and bought foreign companies. For this I bought in France, but I'm also looking at The Netherlands, Japan and US for new acquisitions. They make your company become global. Plus we have received no help from the establishment."

Rosso does not produce the majority of his products in Italy: "If I did I would be totally out of the market," he says. "There is no support from the establishment for us. Look at what the French Chambre de la Mode is doing: they went through all of their enterprises - even the smallest ones - to support and show how good they are at making Made in France products. Made in Italy is doing great things but the state seems to not to be interested in us. For this reason I built up my microcredit project CASH, through which I help small Italian companies by lending money with 2 - 2.5% interests. There are banks asking up to 18%."

Lapo Elkann, whose enterprise Italia Independent had recently gone public, explained: "I chose to go public because I didn't want to answer a big group who would tell me what I had to do, although I needed resources to grow internationally." He also spoke about his dreams. "I would also like to reach the success of Ray-Ban. They are the coolest eyewear brand right now for creativity and technical quality. Our bestselling glasses focus on innovative ideas such as flock velvet, a material from the automotive sector, and Liflex, a flexible and resistant material employed for sports glasses." But he also has noble aims in mind: "I admire Bill Gates because when he wakes up every day and looks at himself in the mirror he can think he is saving many people's lives."