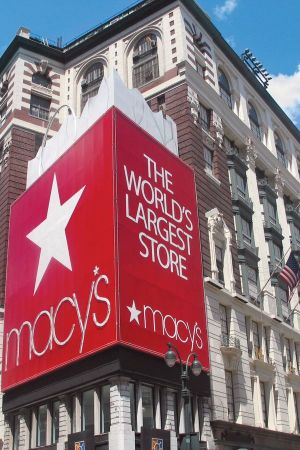 by Merlina Serwe — May 07, 2015
Macy´s will launch a new retail concept, called ‘Backstage’, which contains the opening of four pilot stores in the off-price segment in the metropolitan area of New York City for fall 2015.

The four off-price stores will offer a range of women´s, men´s and children´s apparel, shoes, fashion accessories, housewares, home textiles, intimate apparel and jewelry, on an area of around 2,800 sqm each. The merchandise will also include products from fashion brands, which will often be reduced up to 80 percent.

Moreover, the stores will be equipped with WiFi and fitting rooms as well as a café concept in one of the stores as a test project.