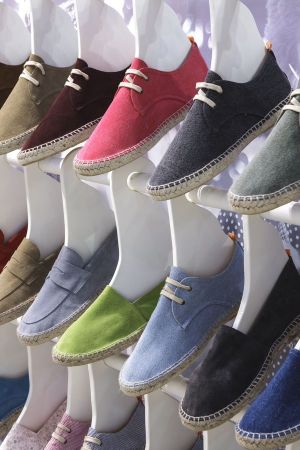 by Lorenzo Molina — July 29, 2015
Spanish fashion trade fair Momad Metrópolis has announced the separation of its textile- and footwear division into two separated events for winter 2016. This way, the textile show will be taking place from 5 to 7 February whereas the footwear fair will be held one month later in March –an exact date hasn’t been confirmed yet. The new date for the shoes tradeshow avoids colliding with other industry-relevant events in this sector such as GDS in Düsseldorf or Micam in Milan. The summer edition in September 2016, however, will once again reunite fashion and footwear under the same roof as “the dates are right for both sections”, according to the organization.

The upcoming edition of MOMAD will be taking place from 11 to 13 September at Feria de Madrid and will host more than 1,400 brands within an exhibition space of 18,000 square meters spread across four halls. The footwear category enjoys a strong moment: 100 new brands join the platform this time, increasing the number of participant labels to a total of 303. Hall 4 is exclusively dedicated to footwear and visitors will find among the newcomers names such as Birkenstock, Miss Hamptons, Destroy, Abarca Shoes, Alex Silva, Angari, Angel Alarcón, Conguitos, Café do Brasil, Paco Herrero, Troppa and Robert Pietri. Some international exhibiting brands are Kangaroos, Gant and Dockers by Gerli.