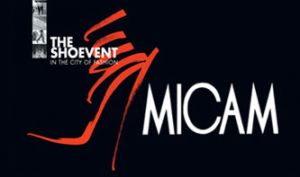 — March 03, 2008
Europe’s largest footwear tradeshow Micam (micamonline.com) closed its doors in Milan last week and, despite slightly lower attendance figures, was still being judged by those present as a resounding success. The 1,665 exhibitors (of which 1.139 were Italian, the remaining international) looked back positively on the show as one which welcomed a high-quality of buyers and saw a good amount of business carried out.

As a result, the total number of visitors was inevitably less than the previous years Spring edition, with this edition of Micam attracting a total of 38,773 buyers (10.6 % less than in 2007, which saw a record of 42,879 attendees)

“This edition registers a loss of visitors, especially less Italian buyers attending the show,” commented Vito Artioli, president of the show organizer ANCI. “But the days of the event have been characterized by an afflux of qualitative, better buyers compared to the edition in 2007.”