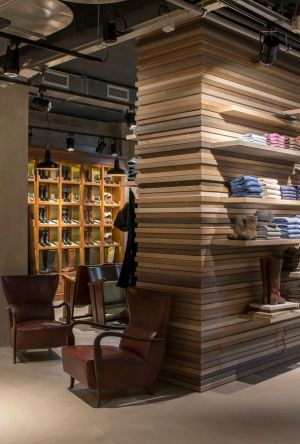 MCS Plan To Expand In Germany

MCS has recently opened a 150-sq.meter showroom in Josef-Gockeln-Straße 10, Düsseldorf that hosts the F/W 2013/2014 collection. Two mono-brand stores, one in Berlin and one in Munich, are also operative.

Mario Rinaldi, CEO, MCS We The People, commented: "Our aim is to enter the top best multi-brand German stores by offering our menswear apparel and accessories collection only." The brand's objective is to reach sales of at least €5 million by 2018, and to reach a wholesale distribution of about 150-200 top-end boutiques. “We might also start opening mono-brand stores, though that won't happen before 2014. We are also considering the possibility of participating in Bread&Butter, also in this case, from 2014 on."

The MCS We The People men's collection was completely redesigned with a more contemporary and casual approach. It now offers a total of 500 pieces, 320 of which are clothing pieces. Its denim selection offers 40 items for men focused on a “rugged & refined" look.

MCS is sold in a total of 1,500 stores altogether. Out of this total 160 are mono-brand stores and 270 are shops-in-the-shop across 40 countries worldwide. In terms of retail the company aims to gradually restyle its most important mono-brand stores worldwide according to the new image of its Paris store at Champs Elysees. The boutique, reopened in November 2012, was totally redesigned and has doubled its retail space from the old 250-sq.meter-size, to the 500-sq. meters of today.

MCS We The People is owned by Permira Fund (whose intention is to sell the brand), and closed 2012 with an approximate turnover of €120 million, a total that is expected to remain stable for 2013. Fifty percent of the brand's revenues come from export. Major foreign markets are France, followed by Scandinavian countries and China. Other new markets MCS aim to expand within are the former USSR countries, and Eastern markets such as Malaysia, Philippines and Southern Eastern Asia.