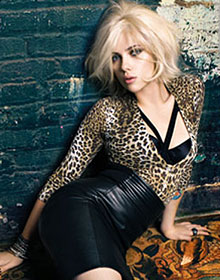 — October 23, 2009
Fashion retailer Mango has unveiled a program of significant global expansion. It says it will add seven more points of sale in Germany by the end of 2009. Shops are planned for Erlangen, Bamberg, Frankenberg, Mühlheim, Weiterstadt, Dortmund and Mannheim, with shops in the latter two cities expected to be run by the national retail giant Appelrath-Cüpper.

On the international front, Mango plans to add 150 shops, targeting cities such as Belgrade, Dubai, Kuwait, Johannesburg, Manila, Moscow, New Delhi, New York, Paris, Beijing and Tokyo. General Manager Enric Casi adds: “We would like to open around 200 stores per year and get around 3,000 stores in eight years.” Currently, the retailer operates over 1,300 chain stores in 93 countries.

Mango closed the 2008 financial year with a turnover of €1.440 billion, a figure that corresponds to retail sales excluding VAT for both company and franchise-owned stores. This represents an increase in turnover of 8% over the previous financial year. Says Casi: “The international presence of the brand will increase in the future to around 90% of turnover and the remaining 10% will belong to the domestic market.”