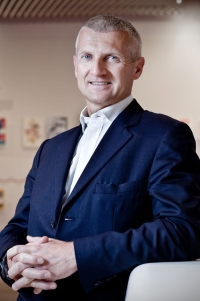 by Maria Cristina Pavarini — May 22, 2013
At the presence of its new President Andrea Illy, Fondazione Altagamma has released its Spring 2013 Update study that refers to the global consumption of luxury goods. According to the study, released in collaboration with Bain & Co., 2012 registered a growth of the consumption of luxury goods globally for the third year in a row. For the first time, this amount hit a record and went over the €200-ceiling by reaching €212 billion sales and a 10% growth when compared with 2011. For 2013 the situation seems to be slowing down as already noticed from the first three months of 2013 with a forecasted increase of about 4-5% for the entire year when compared with 2012.

Europe will generally suffer because of slowed down tourism flows - especially from Japan - and local consumptions are slowing down, mostly in the Mediterranean areas.

In the US perspectives seem better, especially regarding consumer confidence and the performance of department stores. In South America growth appears constant (+12% in 2013) pushed by Brazil and Mexico. More brands are leaving Argentina for business difficulties in the country. Brazil will see an increase in consumption because of the upcoming soccer world championships and Olympics. Despite this growth, high customs duties and barriers still represent significant obstacles for foreign companies willing to enter in this market.

In Japan internal consumption is increasing because of a devaluation policy of the yen, this however is discouraging tourism. China seems to maintain constant consumption levels with a+7% growth and a special attention to e-commerce. In the meantime in the country the practice of ‘gifting’ is losing importance because of an anti-corruption policy acted by government.

In the Middle East the luxury market reached €6.3 billion sales and expects a +5% growth for 2013, with Dubai as the heart of the market. Dubai now counts for 30% of the whole region since it attracts tourism from foreign countries, especially from Russia, India and Africa.

Bestselling products still remain accessories, apparel and hard luxury. Leather goods are growing while watches are slowing down because of reduced stocks remaining. Cosmetics are slowing down despite their good performance in emerging markets.

The studio also presented an increasingly important target fuelling the market. They are the HENRY (High Earning Not Rich Yet), young rich people living in mature markets though belonging to other ethnic groups.