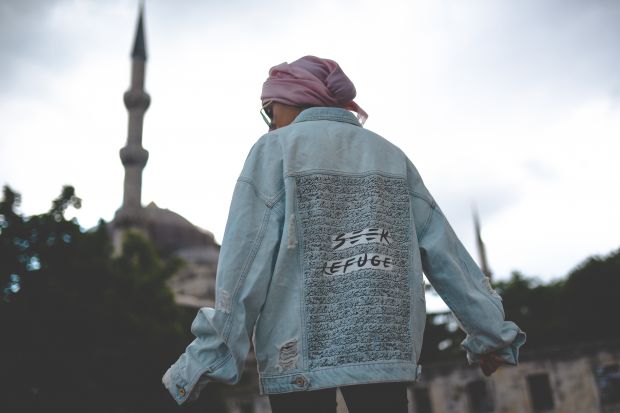 “Once we were at least happy” — the first line of Arabic script on the back of a distressed denim jacket, a poem penned by a Syrian refugee. Splashed overtop are two bold, brush-stroked words: Seek Refuge.

26-year-old Shazia Ijaz started Seek Refuge in early 2018 with a bid for $20,000 in startup costs on the crowdfunding platform Indiegogo, painting the fashion brand-to-be as a mechanism to aid refugees, empower women and represent Muslims.

That she chose a denim jacket as the label’s flagship piece is anything but coincidental.

Seek Refuge has since carved out a niche for itself as the “first streetwear brand for Muslim women.” In the newfound age of modest fashion — a trend championed by young women who don’t want to sacrifice their faith for style — that’s no small feat.

Ijaz is a Pakistani-American Muslim from Michigan. She spent two years working in product marketing at Poshmark, the online platform for buying and selling new or used clothing, shoes and accessories, before she took the plunge and launched Seek Refuge.

She had no product development experience or the good fortune of a wealthy benefactor or well-connected designer to back her. But she saw a gap in the market for consumers who looked like her — “conscious consumers who are looking for fashion forward ways to reflect their values,” she tells Sportswear International. “More particularly, I was frustrated that streetwear brands cater their sizes to men and ignore the female market.” 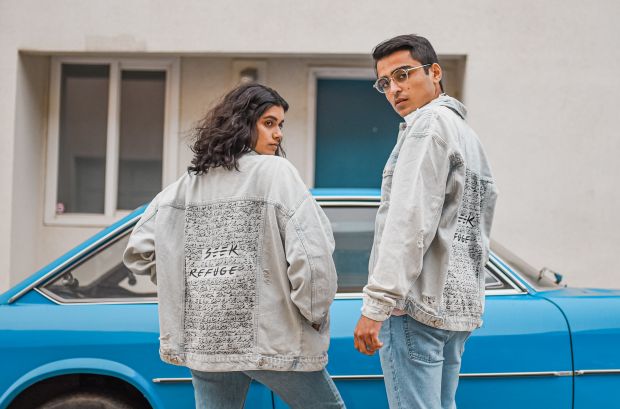 Photo: Seek Refuge
The first line of the poem reads: “Once we were at least happy. There once was peace where we resided, In our land of birth; our homeland. We never anticipated this, That war would tear us apart and leave us miserable this way."

She launched the Indiegogo campaign in February 2018. Within 25 days of fundraising, Seek Refuge had its requisite goal of 20,000. By the time the campaign closed at the end of the month, the new streetwear label was looking at $26,744 in bankroll to get production up and running.

“The early fundraising dollars definitely came from friends and family. But because of the amazing press around the launch, we ended up reaching hundreds of thousands of people, many of whom turned into backers,” Ijaz says.

She points to millennial Muslims as the bulk of those backers — her peers who were equally excited to lift up a brand and mission with which they were aligned.

What started as three sample pieces — the staple denim jacket included — has since morphed into a brand new collection Seek Refuge dropped this year.

Graphic tees pay homage to beloved 90s video games with a pixelated Mosque and the words “Seek Refuge” in English and Arabic. Crewneck sweatshirts bear the label’s logo and the phrase “We are all refugees.” A cotton fleece hoodie sports bell sleeves woven with white ribbon, “Nazr” (meaning evil eye, a nod to the West’s ignorance or appropriation of Islamic culture) crossed out on the front. 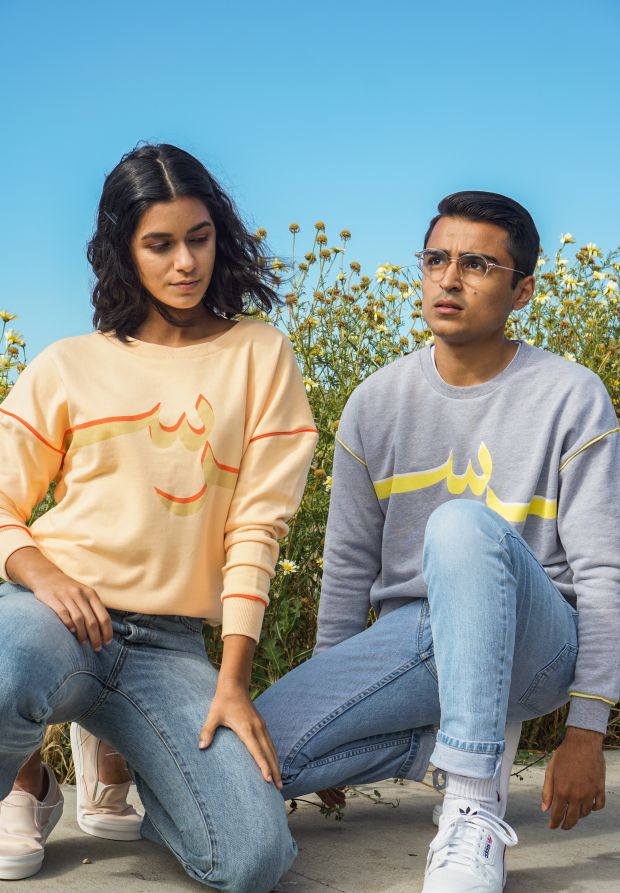 Every piece tells a story, carries a message, makes a statement: We — refugees, women, Muslims — have a voice and will make ourselves heard.

The oversized jean jacket, the hallmark of Seek Refuge, is no exception.

According to Ijaz, it’s made in Turkey (where some of the highest quality denim in the world is sourced) and produced in a factory where refugees work. She found denim an attractive fabric because of its timelessness — jean jackets are pieces consumers are likely to wear for years to come, she says.

The culminating feature lies on the back panel of the jacket. It’s the poem, scribed in Arabic, which describes a refugee’s experience fleeing home and failing to find solace in a foreign country.

“Every detail about the jacket reflects our values, from the denim, to the production, to the poem, and even the way it fits (oversized and intentionally baggy to allow for modesty),” Ijaz says. “It’s a statement piece that sparks conversation about the brand, our mission, and the global refugee crisis.”

At its core, Seek Refuge was designed as a social enterprise. Its Indiegogo page pledged a portion of every purchase towards teacher salaries and school supplies for students at schools in Jordan educating Syrian children living in refugee camps.

That concept has evolved with the business, and now 10 percent of revenue is donated to refugee aid. Seek Refuge is currently working with the International Rescue Committee, but Ijaz says they just wrapped up a Ramadan campaign with the U.N. Relief and Works Agency for Palestine Refugees in the Near East (UNRWA).

The goal down the line is to double the percentage being donated, she says, and maybe one day set the groundwork for the label’s own refugee assistance programs.

For now though, Seek Refuge is happily embracing its growth. Ijaz has spent careful time tracking down factories that use fair labor practices so she can stick to an early promise of keeping the manufacturing process ethical. She says it feels like only a handful of factories in the world can deliver her requirements: quality production at low costs while maintaining high labor standards.

There’s been no further fundraising since the Indiegogo page closed last March because, well, there’s been no need — Seek Refuge is now a self-sustainable business.

Modest fashion started as a grassroots movement more than a decade ago, says Shelina Janmohamed, the vice president of Islamic Marketing at the advertising giant Ogilvy.  Young Muslims were “turning to the high street to support their fashion aspirations, but found it failing to meet their needs.” 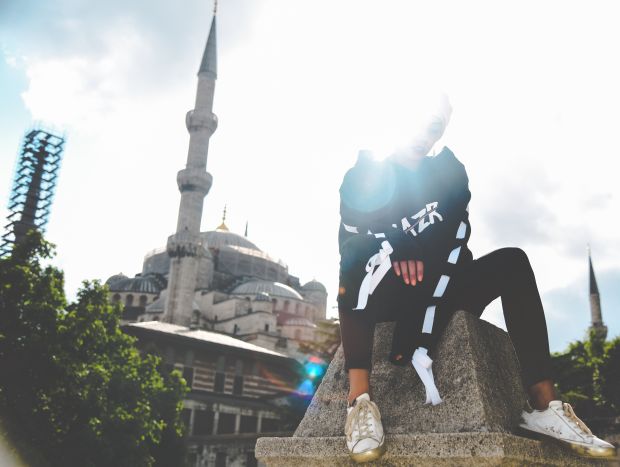 It has since become — in Janmohamed’s words — a global phenomenon. Start-up and local brands with modest fashion in mind are household names to Muslim consumers while larger labels have begun forging their own way in the market, she says.

“From Uniqlo to ASOS to Nike, they are realizing that brand engagement as well as great products that cater to Muslim consumer needs is vital,” Janmohamed says.

Seek Refuge’s target audience is Generation M: millennial Muslims who live at the intersection of modernity and faith but whose buying habits have been largely ignored by the mainstream fashion world.

Janmohamed says this particular group of young people is 1.8 billion-people strong, two-thirds of which are under the age of 30.

“They seek to uphold their Muslim lifestyle and identity at the same time as being part of contemporary life, in particular in ensuring they have the best that brands have to offer,” she says.

And right in the middle of all of it was the beginnings of a budding boutique brand: Seek Refuge. 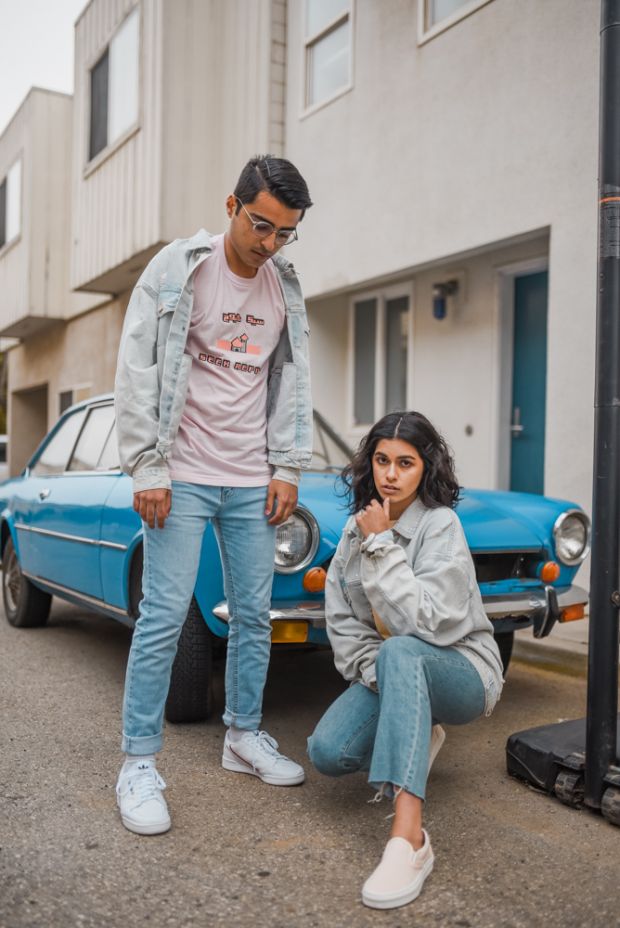 Ijaz says she doesn’t imagine the rapidly growing Muslim fashion industry will slow down any time soon. Brands are recognizing Muslims as a “powerful economic force,” she says, and those that haven’t are falling behind.

“I envision that in the next 20 years, the majority of brands will be carrying some kind of modest fashion selection for Muslim consumers, and my hope is that Muslim-owned businesses like Seek Refuge will be asked to help western brands reach a Muslim audience,” Ijaz says. “We’re all about appreciation over appropriation!” 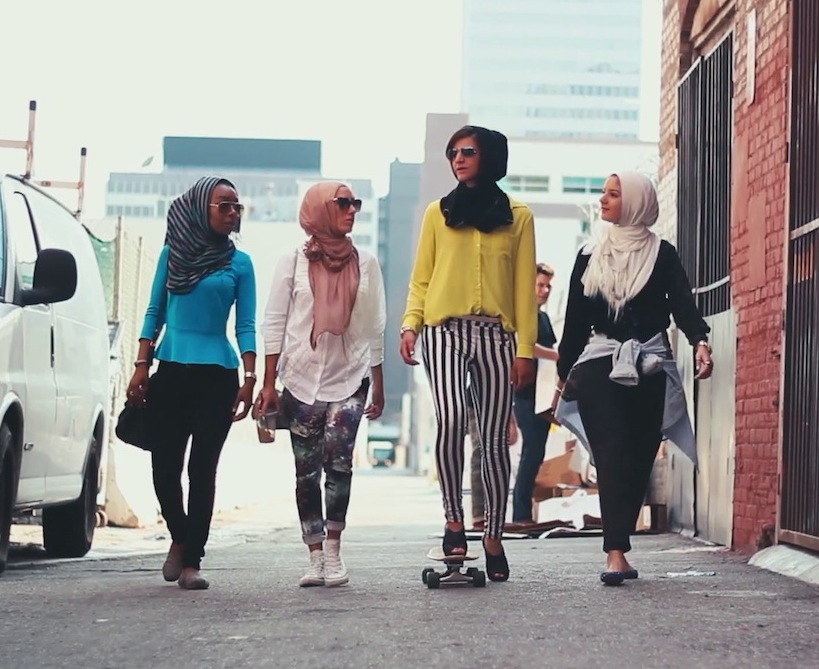 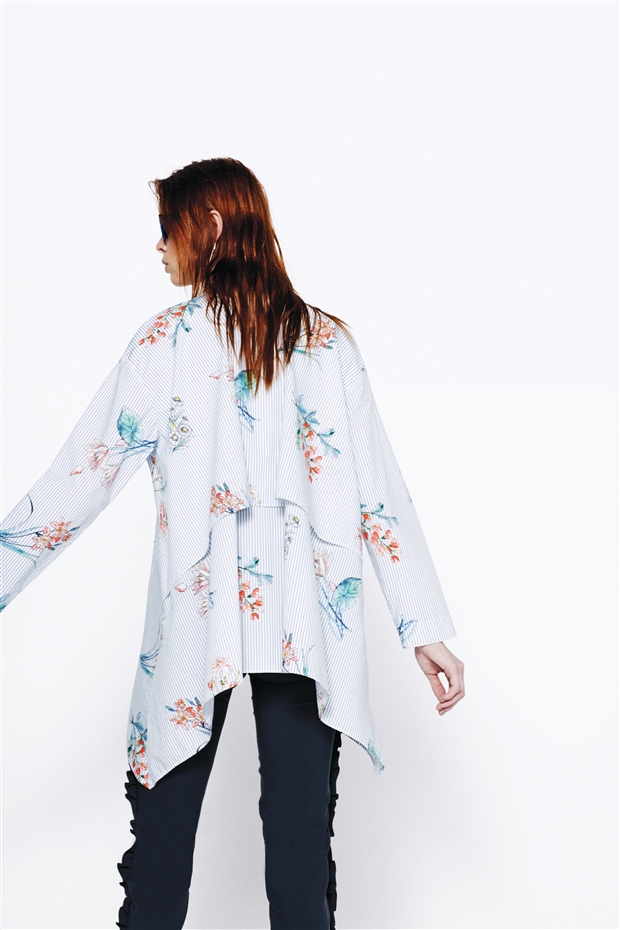 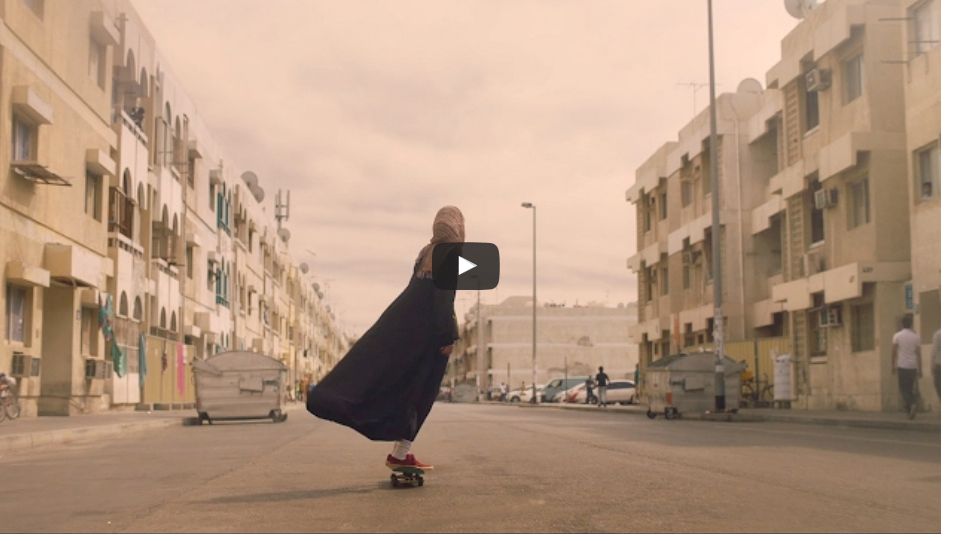