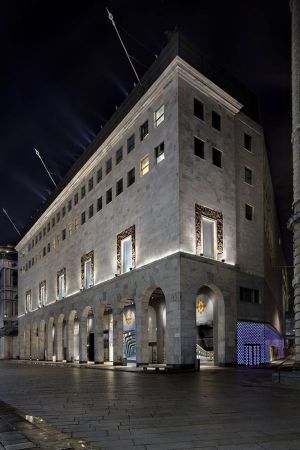 by Maria Cristina Pavarini — October 16, 2015
In Milan movie theatres are closing down and shopping temples mushrooming. La Rinascente has bought the building presently hosting the Odeon cinema, located on the opposite block of its Milan’s Piazza Duomo store, located in Via Santa Radegonda. Central Group, owner of La Rinascente, is said to have bought it from Finivest Group for about €100 million.

La Rinascente will expand and occupy the ground and the first floor levels previously occupied by the movie theatre which will not close completely, though is said to reduce its size and move to the underground level where it will host about 9-10 smaller movie rooms.

According to rumors, the restructuring is at the ready and will last for about 14 months before its reopening in 2017. This rumor started circulating right after that the nearby historical movie theatre, Apollo in Piazza Liberty, announced that it will be closed in order to host a soon-to-open Apple Store.