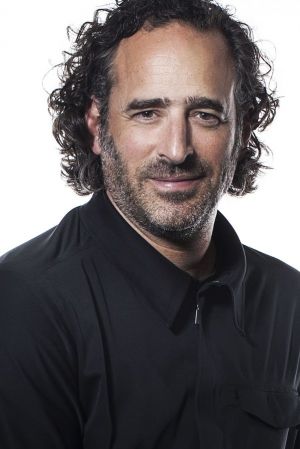 James Curleigh has been appointed executive vice president and president of the Levi’s brand, effective July 5. Curleigh, 46, has 20 years of experience building and expanding consumer brands around the globe. Most recently, he served as the president and chief executive officer of Keen Footwear, Inc., a footwear and accessory company. “James is an inspirational brand leader with a proven track record of bringing innovative products to market while delivering strong results,” said Chip Bergh, president and chief executive officer of Levi Strauss & Co.

In his new role, Mr. Curleigh will be responsible for managing the strategic direction and execution of the Levi’s brand. He will continue to build on the brand’s strong heritage by identifying innovative ways to connect with consumers around the world.

Prior to Keen Footwear, Inc., Curleigh was president and chief executive officer of Salomon Sports North America, an innovative performance sports company, where he built a reputation as a leader in the winter sports and outdoor industries. Curleigh also established and led TaylorMade adidas golf division in Europe and held various leadership positions in the London offices of M&M Mars, a global consumer goods leader.

Separately, the company announced the appointment of two additional executives to support its business operations: Joelle Maher was promoted to executive vice president and president Global Retail and Varun Bhatia was named chief human resources officer. These actions are consistent with LS&Co.’s strategy to refine its global operating model to build better synergies between brands, be closer to consumers and customers, and deliver compelling products and experiences that win in local markets.

Chip Bergh continued, “These new leaders have a strong track record of driving results and I’m looking forward to partnering with them to expand our footprint around the globe.”

Joelle Maher was promoted to executive vice president and president Global Retail for Levi Strauss & Co. effective immediately. In this newly created position, she is responsible for the company’s e-Commerce and retail operations, including company-operated, franchise and outlet stores. Maher joined LS&Co. in 2007 as vice president and general manager of US retail and was promoted to senior vice president Americas Retail in 2009. Maher led the acquisition of MOST outlet stores for Levi Strauss & Co. and has consistently driven growth in the retail operations under her management. Prior to joining LS&Co., she held various leadership positions at companies across the industry including, Lucky Brand Jeans, Old Navy, Macy’s and Lord & Taylor with a wide range of responsibilities including merchandising, planning & allocation, outlets and online.

Varun Bhatia was named chief human resources officer, effective July 23, 2012. Bhatia joins Levi Strauss & Co., from Kraft Foods where he served as Vice President of Human Resources for Asia Pacific. Previous to his position at Kraft Foods, he was also the HR head for the Global Gillette Business unit at Procter & Gamble.