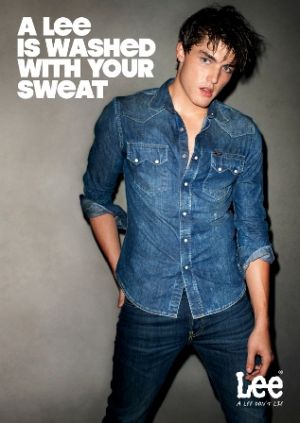 by Yasemin Kulen — January 20, 2011
Denim brand Lee will launch a new ad campaign starting March 2011. The idea behind the campaign is that nowadays heritage and authenticity count more than fast fashion labels. Lee concentrates on its 120-year-old philosophy with a lecture in credibility, stability and truth: “A Lee Don’t Lie!”

Photographer of the campaign is Terry Richardson, one of the best in the world. He is able to catch the true character of the models he is shooting. His pictures are spontaneous, ironic and - most of the time - provoking. In his portraits, he shows the naked and sometimes even ugly truth. This is why Lee hired him for the new campaign. In his work and in his attitude, Terry Richardson always stands true to himself. The models of the campaign are the same. Riley Keough, model and actress of independent movies is the new face of the campaign. She is shy but truthful and earnest.

The campaign will roll out in Germany, France, the UK, Italy and Scandinavia in print, online and outdoor advertising as well as within many in-store and POS events. The focus lies on double denim looks of 2011 for him and her. “A Lee Don’t Lie!” is created by Lee Europe and Brussels-based agency “The Satisfaction”.