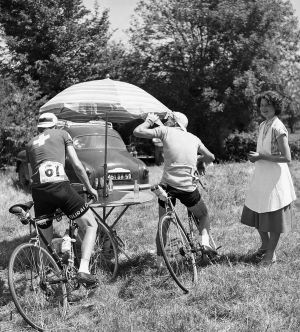 by Emma Holmqvist Deacon — August 02, 2011
Coinciding with Le Coq Sportif’s 130th Anniversary in 2012, the brand has been named the official sponsor of the Tour de France. This is not the first time the two entities have joined forces- back in 1951 and for 40 years onwards, Tour de France relied on Le Coq Sportif as official supplier, which saw the brand outfit famous riders such as Jacques Anquetil, Bernard Hinault and Eddy Merck.