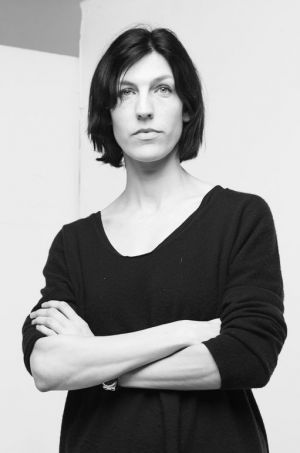 by Sabine Sommer (formerly Kühnl) — August 25, 2014
Bread & Butter cancels Barcelona – and why this is not the moment for schadenfreude.

One thing is for sure: with Bread & Butter it never gets boring. Almost every season we await spectacular, high-flying plans from Karl-Heinz Müller that lure emotional discussions among the players of our business.

Actually, when Bread & Butter once started in Cologne as a counterpart to Interjeans it instantly created tons of emotions with its daring concept.

More of that had followed: the first move to Berlin, the split between Berlin and Barcelona, the move back to Berlin, the brand porfolio ranging from highly selective to more and more highly commercial that cumulated in renting one complete hall to the Bestseller Group, pissing other commercial brands off by first inviting and then disinviting them, launching consumer days and later canceling them, and, last but not least announcing in July to move back to Barcelona-to skip this plan only six weeks later. Remember all that?

One thing has changed though: Müller’s plans that once were considered “crazy, but cool“ now often cause negative vibes. No wonder, especially when, such as in the last case, he does not discuss it with the industry and retailers beforehand. Instead for many of them the Barcelona revival had come as a surprise. So does the cancellation.

Don’t get me wrong: to skip a plan after you find out that it might not work shows aplomb. Only that there had been a bit too many plans revealed and cancelled again recently. For the world outside this must appear as if Müller is craving to find a new path for BBB by any means.

Well, I am about to say that for us, the press, it's great to be provided with news that cause a stir every other month. But actually, as being part of this business as well (and not just observing it from the outside) we are affected by any incident as well. We have a great interest in a vivid and strong trade show landscape that attracts buyers and as a consequence exhibiting brands, ideally an attractive mix between renowned and established names as well as cool upcoming labels. Our turnover (oh yes, we also need to earn some money with our publications to guarantee high editorial standards) flourishes with international marketing budgets being invested in trade shows and their environment.

What happens here is just the opposite: we see Bread & Butter becoming weaker. Even though BBB still sets the standards for what a modern trade show could ever be and has been copied in so many ways, it has lost its dominating impact that once moved Berlin to Europe’s pole position for street fashion. The reasons for that are various, and my moaning is not only caused by the media’s suffering, but the general situation the fashion industry is in.

On the one hand you have ever-so-bored retailers that have nothing better to do than always complain about everything and in the end not even visit a trade show any more to get at least a bit of useful information and do their homework.

On the other hand you have brands that present us the same boring collections over and over again and whose only solution towards the ongoing success of the vertical chains are – together with the retailers – sales.
Exceptions prove the rule.

On top, and this might be the most annoying part, we see the trade show organizers minding only their own business (a wide-spread phenomenon and not only tied up to Berlin): instead of cooperating to bring out the best for their visitors they fight against each other. I am tired of listening to stories and rumors about who is taken in by whoever. Mainly, because it does not help nobody.

The result is confusion and frustration that might lead to even less visitors. As naive and idealistic it may even sound: is it too much to ask the trade show bosses to sit together at one table, leave politics and vanity at home, and collaborate and think service-minded? It’s not too late yet.