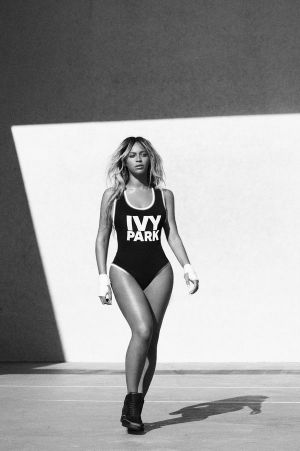 Ivy Park: What to expect from Beyoncé’s new sportswear line

by Maria Hunstig — April 06, 2016
Music icons starting their own sportswear (sub)brand with the back-up of a big fashion company are a popular thing these days. Stepping into the footsteps of colleagues Kanye West with his Yeezy line for Adidas or Rihanna’s Fenty designs for Puma, now record-breaking performer Beyoncé is launching her own label “Ivy Park”, a joint venture with Sir Philip Green, owner of the Arcadia Group, the British retail giant behind Topshop, Topman, Miss Selfride etc.

Beyoncé’s Ivy Park is an activewear line, aiming to be equally comfortable for sports and leisure. Its spring/summer ’16 collection will be launched on April 14 with twelve exclusive retail partners (on- and offline) to reach more than 50 countries globally: Topshop (in-store and online), Zalando (online exclusive across Europe), Nordstrom (online an selected US stores), Net-a-Porter (online in the UK), Selfridges (selected UK stores and online), JD Sports (UK), Hudson’s Bay (Canada), Namshi (United Arab Emirates), Zalora (Asia) as well as The Iconic, Glue Store and Myer (all Australia & New Zealand).


“Sir Philip has created some amazing collaborations but I wanted a partnership and a stand-alone brand”, said Beyoncé on her ambitious goals. In the past, Green has for instance worked with top model Kate Moss on several sub-collections for the Topshop brand.
The heart of the Ivy Park collection consists of several leggings styles, many with branded waistbands, accompanied by sporty tank tops and bras, sweatshirts, zip jackets, bodysuits, shorts and accessories. The general color palette is muted with much grey, black and white, highlighted by blues and light pinks.

IVY PARK SS16 – Beyoncé ‘Where is your park’


The website www.ivypark.com, which went live on March 31, showcases some of the looks and a video where Beyoncé explains her connection to the park, especially the Parkwood Park in her hometown Houston, as a place for running and work-outs but also for moments of personal thought. “There are things I’m still afraid of. When I have to conquer those things, I still go back to that park. […] The park became a state of mind. The park became my strength”, said Beyoncé who stresses that she wants to create a brand that inspires women to feel both physically and mentally strong.

“It as been an incredible 18 months experience working closely with her [Beyoncé] and her team to create the Ivy Park brand. […] I believe this is just the beginning of our Ivy Park journey together”, said Sir Philip Green.