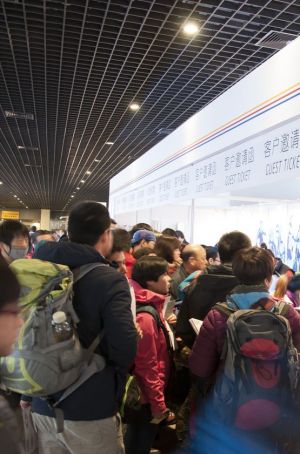 by Regina Henkel — July 03, 2014
Messe München International (http://www.messe-muenchen.com) will launch a summer tradeshow in China next year. Now, the details are fixed: the first ISPO Shanghai (www.ispo.com ) will run from Thursday, July 2nd to Saturday, July 4th, 2015 at the Shanghai New International Expo Center (SNIEC). In April, Messe München International had announced to start a summer tradeshow in China as a complement to the winter fair Ispo Beijing. But neither the city nor the date was set.

The event’s venue and date – as well as the exhibition itself – were determined in in-depth discussions with industry participants. “The needs and demands of our customers were a top priority for us,” explains Klaus Dittrich, Chairman of the Management of Messe München GmbH. A widely publicized poll earlier on established a dialogue and in-depth meetings with exhibitors and visitors yielded useful information. Questions included the preferred venue and date, but also which (new) segments should be included in the new show. More than 70 exhibitors and 1,000 visitors favored Shanghai as the venue. The clear favorites among the segments were Outdoor, Action, Water Sports as well as Performance and Fitness, which will be presented at the new trade show in 2015.